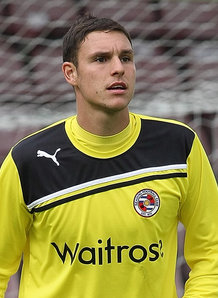 Making his very first appearances in the Premier League before being stopped firmly in his tracks by injury has meant that this season has been one of both ‘Dreams and Nightmares’ for Reading goalkeeper Alex McCarthy, just like the album title of the artist whose video shoot he stumbled in on.

The Guildford product has made his way up in the professional game at Brian McDermott’s top-flight Royals after a set of loan spells elsewhere in his early career to date. The 23-year-old’s temporary stints at the likes of Yeovil Town, Leeds United and Ipswich ultimately earned him his opportunity on the globally-scrutinised stage that is the Premier League. In his eighth appearance of the campaign and his second at QPR’s Loftus Road in reasonably quick succession he suffered a shoulder injury after making contact with the post as he dived for a Djibril Cisse effort on the Reading goal. The shot went wide and the Royals came away from their West London relegation rivals with a point but the early-November game was to be Alex’s last for a while. Australian international Adam Federici had played every match since then up until Stuart Taylor deputised in the weekend’s defeat at Everton but Alex is now a considerable way along the comeback trail.
“I hope to be back fully fit soon,’’ he said. “Obviously it’s been tough but with the experience of playing in the Premiership it’s really spurred me on to be fit as quickly as possible.’’
Staying motivated and in high spirits while injured is an incredible test of wits for any professional player and such a scenario calls upon someone to use any inspiration they can to help them make it through the difficulties. On this site I look at how music can cross over into a range of situations in both life and football and Alex explains how relevant it is to his routine.
“Music is a big part in my pre-match preparation as well as all of my gym work. I’ve always been into hip-hop and r&b but recently I have been getting into house in a big way.
“My favourite artists are Drake, Meek Mill, Kendrick Lamar and Frank Ocean.’’

Although he is now edging closer to a comeback, Alex could have been forgiven for wanting to slink off to sunnier climes for a more extended break during his lay-off from the game in recent months, having briefly spent time in Dubai. There was one destination in particular that could also have crossed his mind in this spell and it is one of the world’s liveliest and most desirable destinations, as well as somewhere that he has visited previously. The American city in question was also the setting for a hip-hop video shoot that Alex got to witness firsthand in the aftermath of Reading’s promotion to the Premier League and he names this amongst his most memorable experiences as a music fan.
“I went to see Kanye West a couple of years ago, he put on a great show. Being from Guildford I’ve been able to get down the local festival GuilFest a few times.
“The music scene in Miami last year was very good, (there were) some great DJs playing good r&b mixes. I went to Miami with three of my best pals, the best music was in LIV on Sunday.
“Meek Mill was filming the video for ‘Amen’ so it was a great crowd in there.’’ 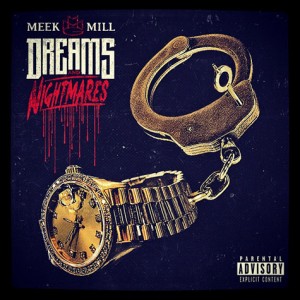 The nightclub LIV is certainly a magnificent venue, inside the famous Fontainebleau Miami Beach hotel complex, but Alex is no stranger to those three letters having featured for Reading this season at Anfield in their 1-0 defeat to former Royals boss Brendan Rodgers’ Liverpool. The England Under-21 international may be strongly into the urban vibes now but the swarm of British 90s pop managed to take hold of him too at one point, although he has a reason for it!
“I was always forced to listen to my sister’s music when I was young so the first CD I had was probably some Spice Girls or Steps!’’
In past interviews on here with the likes of former Reading duo Bobby Convey and Chris Makin, the Royals’ former goalkeeper and USA international Marcus Hahnemann has had some light-hearted condemnation for his heavy metal sound choices. Although the club’s Australian stopper Adam Federici could not quite lay claim to matching the all-out fury of Hahnemann’s tunes it seems he does favour some of the edgier material. Alex names him for the most questionable for music taste in the current squad but he did have some praise at least!
“The worst would have to be Adam Federici for his rock music and guitar solos, although he’s got a bit on the guitar! Nicholas Bignall’s, Stuart Taylor’s or my iPod are popular choices in the gym.’’
Last March, Brian McDermott’s side were in the midst of an ultimately unstoppable run of form that saw them clinch the Championship title and captain and winger Jobi McAnuff was close to finally realising his aim of playing in the top flight after a whole career in the league below. He mentioned on here how he had begun to pass the team DJ reigns to midfielder Jem Karacan and although Alex has not been as heavily involved in first-team matters while he has been away he does recall some of the singing, with a fellow keeper springing to mind.
“I’d probably say Jem still holds that responsibility but because I haven’t been involved on match days I couldn’t tell you if he still is. (On teammates’ singing) Stuart Taylor smashed (Vanilla Ice) ‘Ice Ice Baby’!’’
In his short career to date Alex has spent time learning his game with eight clubs on loan – Woking, Cambridge United, Team Bath, Aldershot Town, Brentford, Ipswich Town, Leeds United and League One Yeovil Town where he spent a full season in the starting line-up. This has meant that he has had plenty of opportunities to take on the dreaded initiation procedure of showcasing his vocal arrangement for his colleagues.
“Yeah it’s the worst thing about being a footballer. I always pull out Robbie Williams ‘Angels’ but I need to change it up.
“I don’t think I’ll be on X Factor any time soon.’’ 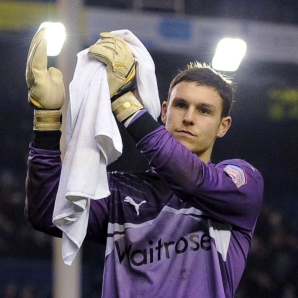 Touted by some as a future senior England international, Alex has been relishing life in the Premier League in 2012/13. With ten games of the season remaining Reading are 19th but just a point from safety, with Aston Villa and Wigan directly above them and Queens Park Rangers below them at the foot of the table. The Royals have played their part in some thoroughly entertaining games this season, including the 7-5 Carling Cup defeat to Arsenal and the 4-3 loss to runaway leaders Manchester United. They have also enjoyed some stirring comebacks including winning a point from 2-0 down against Chelsea, the 2-1 victory at Newcastle, beating West Brom 3-2 after trailing 2-0, and defeating Everton 2-1 from a goal down. Alex put in a terrific display in the 2-2 draw with Carling Cup winners Swansea City at The Liberty Stadium in October and he naturally maintains hope and belief that the club will be celebrating survival at West Ham’s Upton Park on May 19th.
“We’ve got a fantastic team spirit at Reading – that has been huge in grinding out vital results. Hopefully we’ll be where we want to be come the end of the season.
“I’ve loved every aspect of it. The main differences are quality of play and the pace of the games.’’

The interests and ventures of footballers away from training and match days have often been the source of much intrigue, with ex-Everton striker Duncan Ferguson one of numerous examples thanks to his previous love for racing pigeons! Alex has his own project and it is somewhat different to Ferguson’s pastime, as he co-founded Bijou Diamond Jewellery. The business provides bespoke earrings, necklaces and rings and Alex has been encouraged by the fortunes of it so far, with an eye on other similar possibilities in the future perhaps.

“As a footballer you only have a limited career so it is important for me to have other business ventures. It is nice to have other interests away from the game and I am involved heavily with promoting the company and introducing new jewellery ideas.
“We are fortunate as we have a growing customer base both inside and out of the football world.’’

While he is out to prove that the initial prognosis of him being unavailable for the rest of the current campaign was inaccurate, Alex will have his sights set on adding to his 24 Reading appearances registered so far. His debut came in February 2011 against Watford as a substitute and he also soon enjoyed the victory over Everton, at the time a league above, in the fifth round of the FA Cup at Goodison Park, making a stunning save from Leon Osman late on. At 23, there is surely much for him to look forward to in his career and I got him to take a look over some of the teammates he has had up to this point. Placing himself in goal for a fictional 5-a-side team I asked Alex for the four outfield players he would choose to play in front of him, with only those he has played alongside eligible for selection. In his line-up we have a former Reading youngster making his way in the Scottish Premier League, an ex-Royals midfield goal hero, and two of England’s brightest young prospects.
“Tom Hateley at Motherwell as he’s one of my best pals. Gylfi Sigurdsson at Tottenham as he’s technically fantastic.
“Jack Wilshere – I played with him in the Under-21s and he’s good enough to play anywhere.
Danny Welbeck – again we played together in the Under-21s and he’s a natural goalscorer.’’

Find out more about Bijou Diamonds on Twitter: @bijoudiamonds