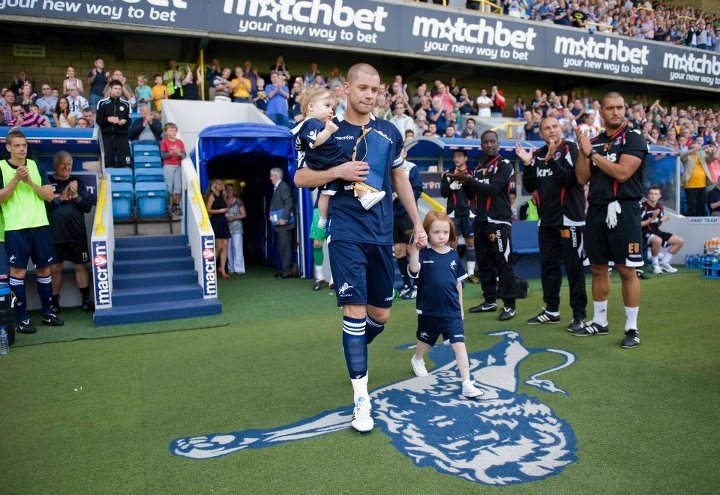 Millwall’s defensive mainstay Alan Dunne is about to head into his twelfth season in the Lions’ first team, and along with his wife Aimee he described his ventures and interests away from The Den, with a unique concoction of house music and weddings featuring high on the agenda!

The 29-year-old Dublin-born right-back has spent the majority of his life at the South London club, working his way through the ranks and establishing himself as an important part of the senior fold. In almost ten and a half years since his debut he has made 287 appearances in all competitions, scoring 20 times in the process, and enjoying the honour of a testimonial last summer. Two of Alan’s teammates, centre-back Darren Ward and forward Shaun Batt, have both given their own interviews on here in the past and Alan reveals that the latter of that duo has now emerged as the leader of the show with regard to the music at the Championship club.

“Shaun Batt’s now in charge – he has a bit of everything and likes to please everyone. He gives me my bit of house and the lads a bit of r&b; he’s the man, he sorts everyone out and looks after my iPod.’’

After giving a glimpse into his own taste, Alan elaborated further by discussing his love of house music, with long-established mixmaster Erick Morillo at the top of his list. As he delved a bit deeper though the more diverse aspects of his preferences came to light!

“(I like) a bit of everything; Dire Straits and Queen are two of my favourites but it can also vary from Rod Stewart to classical music which I listen to every morning in the car with my daughter Lola when I take her to school. I’m not a fan of jungle or techno though!”

The mention of a person’s first ever record bought can often spark nostalgia and it is proved once again with Alan’s answer, more for the fact that the record shop he bought it from no longer exists rather than for his very respectable choice of 90s hip-hop! 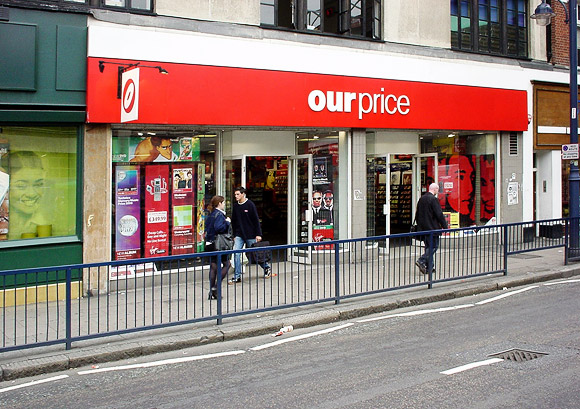 With Bon Jovi’s ‘Always’ one of his karaoke signature songs, he described another of his vocal displays of the past and he rates it as one of the less impressive ones to come from the Millwall ranks. Alan also named some of his past and present teammates’ musical choices, including a recent interviewee on this site, Southend defender Mark Phillips.

“There’s been so many, French lads always sing in French which is always amusing as we never have a clue what they’re saying. I sang Hear’Say ‘Pure And Simple’ which has to have been one of the worst!

“Kevin Braniff used to like his techno music and thought he was a DJ, Mark Phillips DJs his old school house and garage music now. David Forde loves a bit of Irish folk music and if I’ve been in a car with Gary Alexander 100 times he’s never once had any music on and only ever listens to the sports radio.’’

Amongst the areas of interest for Alan and his family away from football is wedding planning. His wife Aimee spent a decade working in banking in the City of London sector of the capital before turning her skills to something she loves through her role as a wedding and event planner. Alan is a director of the business which is based in Beckenham, Kent but has expanded throughout numerous areas both nearby and much further afield, and Aimee finds that her husband can offer some valuable input at certain intervals.

“Alan does try to help where and when he can – he has more of a business mind than some would imagine given his profession! I can’t say I take much advice from him on flowers or mood boards but it’s more a case of any connections he might have.

“I have certainly built the business up through my own merit; it’s quite a niche industry and has needed quite specific training, PR and networking etc. to get established. That said, Alan has had some contacts in various fields which have come in useful and hopefully will do in the future also.

“I spent ten years in banking but my heart was never in it and I spent much of my spare time organising my own, and other people’s parties. After our own wedding Alan actually suggested I look into becoming a wedding planner as I enjoyed it so much, shortly after I left work and the rest is history.’’

Alan has experienced relegation and promotion, as well as being around the set-up as Millwall reached the FA Cup final and played in Europe, but Aimee can certainly hold a candle to those pressures when you consider this story of her standout wedding from those she has put together!

“My most memorable wedding has to be the one I had three weeks to organise – three weeks and all the guests coming over from Norway! It was all more hectic than even I could imagine but all ended with a fantastic wedding, planned in a very short space of time!’’

Besides the many times she has taken on the principle role in the weddings of others, Aimee, as referenced earlier, took care of the organisation of her own big day, with immaculate results despite a certain last-minute obstacle!

“Me and Alan had our wedding at a wonderful hotel called Chewton Glen down in Hampshire in 2009. The reception was held at the hotel and the ceremony in a very beautiful little Catholic church close by. 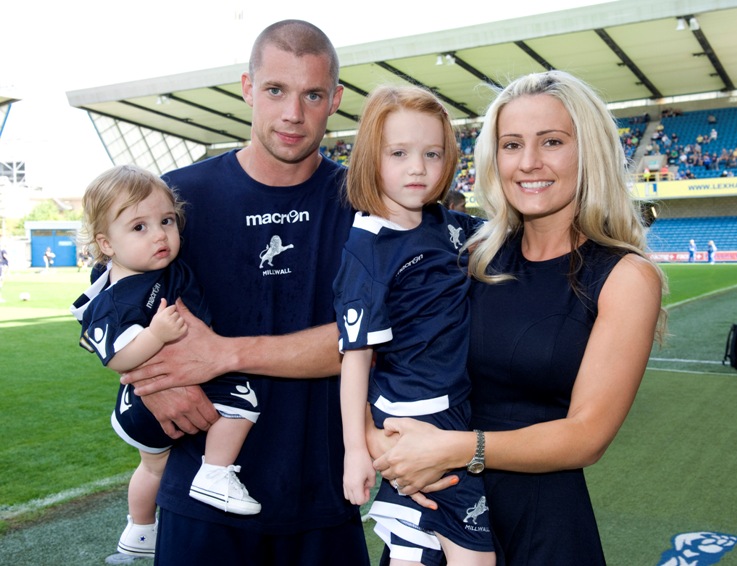 “It was perfect and as many venues and weddings I now see, they only make me more sure of how perfect our own wedding was for us. I still have close links with the hotel and have since organised someone else’s wedding there.

“I completely enjoyed planning our wedding and didn’t find it stressful in the slightest – not even when the DJ didn’t turn up because his wife had gone into labour!’’

Alan previously touched upon some of the musical preferences of his current and former colleagues, so what does Aimee reckon to her husband’s own selections?

“We came back from holiday in Dubai in May, while we were there I borrowed his iPod which has 3,400 songs on and I had to forward through 100 of them before I found something I would even remotely enjoy! Let’s just say his music taste is varied – I found everything on there from The Dubliners, Disney film soundtracks, to Ibiza 2011 house mixes!’’

It is perhaps a slightly unorthodox method of linking the two subjects but the folk band Aimee brought up leads onto Alan’s international allegiance. He has been part of Millwall FC since childhood but his roots are in the Irish capital and it is a case of ‘never say never’ with regard to his chances of representing the nation of his birth.

“I was born in Dublin and playing for my country is a dream, as playing for your country is to all footballers. Up to this day I’ve not had the chance to have this honour but it is something I will never give up on.

“It is very tough to try and break into a currently-experienced squad with a foreign manager, therefore my expectations aren’t high. But in football you never know what might happen.

“I thought it was great for Ireland to reach the Euros but they were unlucky with their group, however it was great for the country to be part of such a huge event. I’m an Ireland supporter but I do follow and support England when they play and I am behind them and hope they do well.

“However, I think the football played in England is years behind that played in the rest of the world.’’

At domestic level, Millwall finished 16th last season in the Championship and ended the campaign on a seven-match unbeaten streak. Kenny Jackett’s summer signings include vastly-experienced goalkeeper Maik Taylor, ex-QPR defender Danny Shittu and former Oldham winger Chris Taylor, and their third season back in the second tier begins this Saturday at home to Blackpool. Alan looks at how last season went while also casting a glance at how the new teams will contribute to the competition in 2012/13. 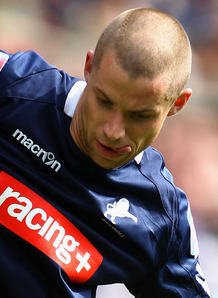 “I think it’s the manager’s place to assess the season, all we can do is assess our own personal season and what we try to do as a team and as individuals and improve on this year in and year out. But as we are only a small fish in a big pond trying to compete in this division is very difficult due to the substantial amount of money other clubs have to spend.

“What money can’t buy is team spirit, passion and a desire to be successful – something that we can match anyone in the division for. I feel the division is getting stronger every year, due to the financial implications this can reward clubs through the parachute payment which is every club in the division’s dream but only three each year can achieve.

“Having said that, Charlton, Sheffield Wednesday and Huddersfield are big clubs and will have momentum going into the Championship which could give them an advantage in their first year. On the flip side, the teams coming down from the Premiership may have lost confidence, key players and may not be familiar with Championship football.

“What I do know is that the division can be very inconsistent, wide open and sometimes there for the taking.’’

Alan and Aimee both have their respective career-based objectives but I like to ask for something of a dream or idealistic scenario to conclude with usually. In Alan’s case it is my regular question of who he would choose in a 5-a-side team (himself included) of his best ever teammates, while with Aimee it is her fantasy wedding, with an unlimited budget and a choice of any worldwide location. Aimee was the first to be asked.

“Something fabulously elaborate on the Californian coast, outside in a picturesque setting with completely over-the-top flowers. I’d enlist the help of Preston Bailey who is a US event planner and my absolute idol, it would be completely over the top but in a very tasteful way!’’