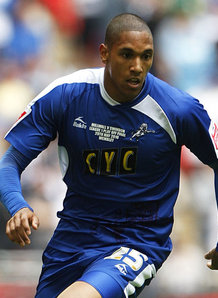 A 2010 League One play-off winner, Millwall forward Shaun Batt had to begin over a year of injury hell just weeks after the Wembley success but has battled through the turbulent times, even staying involved with the team music.

The 24-year-old started the Lions’ 1-0 play-off final victory over Swindon Town in May last year while still a loan player, signing permanently the following month from Peterborough United.

In the midst of preparing for Championship football with Millwall he suffered a cruciate injury in a July friendly at AFC Wimbledon, requiring three operations in total and depriving him of a whole season of action.

To describe the period out injured for Shaun as frustrating would not begin to do it justice, although he has taken a bit of a philosophical perspective, as he explains.

“It’s been very difficult at times and there’s been quite a few moments where I thought about giving up. But everyone in their life goes through hard times, it makes you appreciate the good times so much more.

“I’ve tried to focus on the feeling I will have when I play my first game back and when I score my first goal.”

A big music fan, as would be expected Shaun has derived some inspiration from certain meaningful lyrics during such a testing time in his career and life.

He has remained an integral part of the first-team fold despite being robbed of playing opportunities, having his say in the music the team listens to, something he also liked getting involved with when he was with Peterborough.

“I choose the music in the gym on training days and Liam Trotter does the music on match days. Liam has the same taste in music as me.

“Sully (goalkeeper John Sullivan), who is now at Charlton, had the worst taste in music. He was 21 without a song on his iPod newer than 1980!

“At Peterborough we would normally listen to some hip-hop before a game to get in the mood, either me or Aaron McLean would tend to choose. Paul Coutts had the worst music taste!” 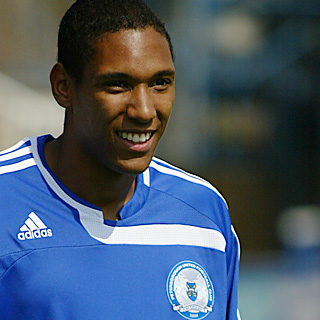 Shaun it seems was in good company with Aaron McLean as the striker, now at Hull City, is the younger brother of singer Anthony McLean (known simply by the family surname) and the nephew of 90s reggae musician Bitty.

Born in 1987, Shaun was a young teenager around the time of Southampton-born singer Craig David’s breakthrough into the mainstream, initially coming out of the garage scene collaborating with The Artful Dodger.

“My favourite genres are hip-hop and r&b. My favourite artists at the moment are Trey Songz, Chris Brown, Rick Ross, Drake and Lil Wayne.”

The play-off final success is understandably the memory Shaun picks out as the best of his career so far and the 2009/10 season was a momentous one for the family.

His brother Damien, a defender with Oxford United, won promotion that summer too as the U’s overcame York City to return to the Football League after a four-year absence.

Wembley winners just two weeks apart, the siblings have also shared a similar appreciation of music over the years.

“We have the same music taste and regularly tell each other songs we’ve heard that we like. Being a couple of years older than me, I was always influenced by the things he would listen to.”

Spending his early career with Stevenage Borough (as they were still known then) and Dagenham & Redbridge, with a number of loan spells packed in between, Shaun made his impact at Fisher Athletic of the Conference South in the 2007/08 season.

Having also previously spent time coaching football part-time in a primary school, he was signed by Darren Ferguson at Peterborough in 2008, earning his chance at League One level.

Featuring frequently from the bench, Shaun played 36 times as The Posh finished runners-up in League One in his debut season.

He played 25 games for the club after promotion to The Championship (including cup games), scoring against Crystal Palace and Middlesbrough (with a superb effort) before joining Millwall on loan in January 2010.

Netting on his debut against Southend United, he also got on the scoresheet in the 2-0 March win over Leeds United at Elland Road, as well as in the 4-0 home success over Gillingham.

The campaign of course culminated in that play-off victory with skipper Paul Robinson grabbing the winner late in the first half.

The long and arduous wait for a first-team return is nearing its conclusion for Luton-born Shaun, as he looks to help the team chase an improvement on a very impressive 9th place last time around under manager Kenny Jackett.

“I’ve been out with a minor calf strain for a week or so and I hope to be back in training in a few days time. I’m hoping we can go that one step further and get into the play-offs, and then anything can happen.

“Outside of football I have a two-year-old daughter and being a good Dad to her is my only interest.”

Some of Shaun’s favourite songs:

Chris Brown Ft.Lil Wayne – I Can Only Imagine

Lil Wayne Ft.Drake – She Will