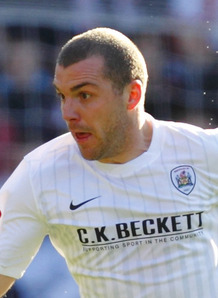 With a number of months as a Championship player now under his belt Barnsley midfielder Stephen Dawson is still enjoying the step-up, but the Irishman is finding it less of a seamless transition to take in some of his colleagues’ musical offerings!
The ex-Leyton Orient favourite has played in all but one of the South Yorkshire side’s games so far this season and is still an ever-present in the league. It was at the end of last January’s transfer window that he joined Keith Hill’s Barnsley after a season and a half in League One with Orient. This has been Stephen’s first taste of second-tier football having worked his way up from League Two where he had represented both Mansfield Town and Bury. He has been seen by his manager as an integral part of the team and also got his first Barnsley goal in the 1-1 home draw with Ipswich at the end of September. Acclimatising to the club has not been a problem for the 26-year-old but some of his teammates’ tunes do not quite light his fire, with the Reds’ 9-goal top scorer one of those on the list!
“Ben Alnwick and Jim O’Brien take charge (of the changing room music) between them, but sometimes they let the other lads get in there. Ben Alnwick is the worst and Jim O’Brien isn’t too bad!
“(Craig) Davies, I can’t understand what he listens to, it might as well be in another language.’’

Stephen’s native surroundings may provide more than a glimpse into why he favours a different sound vibe to some of his counterparts but even as a fan of arguably Ireland’s most renowned band he opted for an even more vintage song choice when he and a former Exeter man had to do the dreaded initiation performance.
“Being an Irishman I’m partial to a bit of U2, but I’m going to have to be really boring and say I like a little bit of everything! Me and Scott Golbourne sang that ‘You’re Just Too Good To Be True (‘Can’t Take My Eyes Off You’ by Frankie Valli and Andy Williams amongst others)’. “The boys were up singing and dancing – they loved it!’’
It is back to his teenage years with the poser of his first ever record bought and the DJ in question has been around for some time. His 1998 album ‘You’ve Come A Long Way, Baby’ was huge but it appears the CD Stephen is referring to, judging by the age calculations, is his effort from 2000, ‘Halfway Between The Gutter And The Stars’!
“Wow, that’s a while back now. I think the first actual CD I bought was one by Fatboy Slim.
“I was around 15 at the time so you’d have to work that one out!’’
Fatboy Slim is of course a seasoned campaigner when it comes to gigs and festivals, but for Stephen there is merely one of Birmingham’s finest that springs to mind for those he has seen live, though that may change in future.
“I went to a UB40 concert years ago! To be honest I haven’t been to any festivals recently.
“A few of my mates head over to the Leeds Festival every year and they always beg me to go along. I think I might buckle and head on over there one year, see what the fuss is about.’’
Stephen’s manager at Oakwell is Keith Hill, someone who, in perhaps the same way as Stephen does with U2, lists acts from the area he originates from as his favourites. With the Reds manager however it is fellow North West natives Ian Brown and the rest of The Stone Roses who head the top of his collection. Despite this, Stephen does not see the ex-Rochdale boss getting involved with the pre-game music, either by playing his own songs or listening in.
“Before the game no, he’d probably fall asleep listening to some of the rubbish that’s on!’’

Stephen and Scott Golbourne’s collaboration went down a storm with the rest of the players after they joined last season but when he was asked about others at the club who have served up a respectable or memorable effort for all to see there was one that stood out. Although Stephen was suitably impressed with the performance he could not quite remember what it was the three summer signings were giving their interpretation of!
“Kelvin Etuhu, Jacob Mellis and Marlon Harewood did a brilliant one all together. I didn’t know the song but it sounded great.’’
After hearing about it I checked this over with Harewood and he confirmed that the song was Vanilla Ice’s ‘Ice Ice Baby’!

A youngster at Leicester City, Stephen first began to make his way in the professional game with Mansfield Town of League Two back in 2005, joining the Stags during ex-England midfielder Carlton Palmer’s reign. It was however eventually under the club’s former player Paul Holland that Mansfield were relegated from the Football League in 2008 and after 128 games and 4 goals for the Field Mill side Stephen signed for Bury. After two seasons with the Shakers in which he had featured 97 times, contributing 6 goals, he ventured south to join up with Leyton Orient.
In his first and only full campaign with Russell Slade’s team Stephen played 51 games, scoring in a 2-1 success at Tranmere in December 2010 and grabbing one in a 3-0 home win over Swindon in February 2011. During that season, Orient provided some great moments for their supporters, including knocking a Norwich City side en route to Premier League promotion out of the FA Cup on their own turf, beating Sheffield Wednesday 4-0 in the league and holding Arsenal to a 1-1 draw in the fifth round of the aforementioned FA Cup. The tie with the top-flight Gunners saw Jonathan Téhoué equalise in the 89th minute at Brisbane Road to cancel out Tomas Rosicky’s goal for Arsene Wenger’s side and set up a replay at the Emirates Stadium. Although Orient were comprehensively beaten 5-0 in the replay with a Nicklas Bendtner hat-trick doing the bulk of the damage the duals over the two matches were extremely noteworthy. Stephen, who captained Orient, cites them amongst his favourite times with the club, as well as the results in 2010/11 that took the O’s to within a single point and goal difference of the League One play-offs. I also mentioned to him the void that I remember hearing was felt by Orient fans when he left the club.
“I’ll always appreciate that because I had a chance from League One and they let me have a chance at the Championship. I’ll never forget the manager and the players.
“My most memorable moment was against Arsenal in the cup and taking them to a replay at the Emirates. We had a good few results in the league and it was mostly enjoyable.
“At Orient before the game the music would change week in week out from r&b, to rap, and then dance.’’ 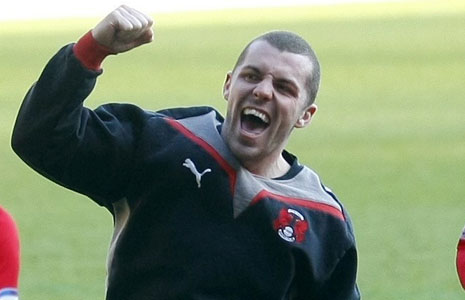 The positives of Orient’s 2010/11 campaign included Dean Cox, Scott McGleish, Alex Revell, Jonathan Téhoué and Jimmy Smith weighing in with a magnificent 66 goals between them and I was more than aware of the quality in the O’s ranks as they hammered my team Sheffield Wednesday in that 4-0 win in East London mentioned previously. Last season however was much more of a struggle for Orient but relegation to League Two was avoided, despite a campaign that yielded just 50 points, in stark contrast to the 70 of the year before. The team finished 20th but Stephen had departed for Barnsley in late January. His introduction to Championship football was far from easy and the Reds finished one place above the drop zone, but only eight points clear of crisis-hit Portsmouth who had been deducted ten points.
As it stands at present Barnsley are 20th in the table after the opening 18 matches and from Stephen’s perspective with regard to the opponents he has faced he sees a naturally more unforgiving nature in the Championship in comparison to League One. He feels he is experiencing his own learning curve but hopes that personal progression can pay dividends for the team.
“The quality and pace are better and quicker than League One – one mistake or lapse of concentration then you’re in trouble. In the lower leagues you can get away with it a bit more. “On a personal level I feel I am improving and I will keep improving to help us up the table.’’
Stephen’s selection for the regular final question of the best teammates he has played alongside so far in his career to go with him in a 5-a-side line-up includes two of his current colleagues, as well as one each from his Mansfield and Bury days. 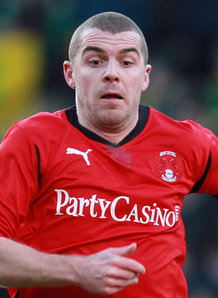