The games are running out on another Championship season and with Burnley closing in on a return to the Premier League one of their most consistent performers, midfielder Scott Arfield, reveals how manager Sean Dyche has got creative in the name of team unity.

It is the 25-year-old former Scotland Under-21 international’s debut season at Turf Moor and he has been a resounding success so far. Signing last summer after leaving Huddersfield Town, Scott has played 41 games and scored seven times. He has been warmly received by Clarets supporters and with tremendous industry to match his productivity he has certainly bought into former Watford boss Dyche’s way of working.

This is the first full campaign in charge for Dyche after taking over from Eddie Howe in October 2012 and the one-time Chesterfield defender has Burnley 2nd in the Championship ten points clear of 3rd-place QPR with just eight matches remaining. Scott has been a significant part of that and when the music lover was asked if he has ever had to sing in front of teammates he explained one of the intriguing routines his gaffer has in place.

“Yeah I’ve sang, you need to sing in front of the boys when you sign and the gaffer’s got a thing here where on Fridays, or around once a month, you spin a wheel. If you spin a letter ‘B’ it’s a boyband and you need to come with three or four others and sing.”

As many people are aware, Scott took his liking for music a little bit further than most avid listeners by singing in a band – The Begbies. Named after Robert Carlyle’s character, the violent Francis Begbie, in the classic 1996 film Trainspotting, the band also featured Scott’s brother Stuart on bass guitar. When Scott reached the point where his on-pitch career had to take precedence Stuart replaced him on vocals. 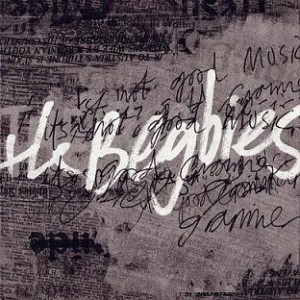 Scott still frequently shows his support for the band, making a point of mentioning them in this interview, but what if he was putting together his own group consisting only of himself and teammates?

“I would choose Davy Edgar because he’s out there and he wouldn’t care how he looks and how he sings so he would definitely be in the band. Ross Wallace has actually got a decent voice and Dean Marney’s into his MCing so I’d pick them and that’d be the four-man band.”

Before his move to Huddersfield in 2010, Scott established a reputation as one of Scotland’s most promising young players while with Falkirk. He started for the Bairns in the 2009 Scottish Cup final as John Hughes’ side were beaten by Rangers thanks to a solitary goal from Nacho Novo. The game was at Hampden and Scott had scored a penalty there in the 2-0 semi-final win over Dunfermline.

In his time with the club, he was also on the field as they dramatically avoided relegation from the Scottish Premier League in May 2009. Taking on Inverness away, Falkirk needed a win to stay up while their hosts required just a point. Michael Higdon’s 68th-minute goal kept the Bairns in the division and sent Terry Butcher’s Inverness down.

Managed the following season by Eddie May and subsequently current Coventry City boss Steven Pressley, Falkirk were relegated to the second tier after a goalless draw with Kilmarnock in May 2010. There had been plenty of interest in Scott and he made up his mind to seek a new challenge, joining Lee Clark’s Huddersfield.

Among the differences Scott has noticed since he moved to Burnley is the selection of tunes on offer in the dressing room. Danny Ings has stolen many headlines with his 25 goals but strike partner Sam Vokes is only four behind and he is also responsible for helping to set the mood pre-game, as Scott explains.

“The lads’ musical tastes here are actually a lot better than at Huddersfield. It’s actually music here you can enjoy, even if you’re not into the genre, but at the previous clubs it was horrendous!

“Vokesy takes charge of it. It’s his music and it’s pretty good to be fair to him.”

Oasis, Arctic Monkeys and Joy Division are included in Scott’s preferred choice of artists and he adds a couple more to the list – one from Dundee and one from Middleton.

“The other bands that I’m into are: The View, people like The Courteeners, people who just make good music that I can relate to in the lyrics.”

Burnley are on a terrific run of 16 games without defeat in the Championship, dating back to the 1-0 loss at Middlesbrough on Boxing Day. They have been beaten just three times in the league all season and when Scott scores they tend to be vital goals. He scored the winner at Ipswich in October, before doing the same with a superb effort at home to Blackpool in December and most recently in the 2-1 victory over Leeds United earlier this month.

The Clarets face leaders Leicester City this weekend and they are just three points behind Nigel Pearson’s team but have also played a game more. Although both sides are looking likely to be in the Premier League next season the meeting is a tantalising prospect all the same. Scott is determined to help Burnley return to the top level after relegation in 2010 but in his free time does he ever still make music?

The initiation procedure of singing in front of teammates is something many players go through when they join a club. It has been discussed in the vast majority of interviews on here in the last three years but Scott has the advantage of a musical background when the spotlight falls upon him of course. He shares the song he performed when he signed for Huddersfield and Burnley and it was the very first single from one of the world’s most famous bands of all-time.

“I’ve got no problems with singing. I think the last two times I signed for clubs it was The Eagles ‘Take It Easy’, and ‘Some Might Say’ by Oasis is my karaoke song.”

Scott’s prowess when it comes to belting out a track for his fellow professionals is without question. However, when you get a group of players to put themselves out there in such an emphatic way there is always likely to be some interesting performances given. According to Scott though, his Clarets counterparts tend to shy away from the wild side when their time arrives!

“There’s not very many here, they all stick to the same ones like Oasis ‘Wonderwall’. It’s all safety!”

After such impressive form for a top Championship side this season, it was only natural for Scott to be linked with a call-up to the Scotland team. He has represented his country at Under-19, Under-21 and at B-team level, although his first senior cap still awaits him. He can play on the wings or centrally and Scotland manager Gordon Strachan has reportedly been monitoring his progress as he ponders whether to add him to a midfield that contains the likes of Norwich City’s Robert Snodgrass, Birmingham City’s Chris Burke and Stoke’s Charlie Adam.

When discussing gigs, Scott brought a major festival from back home into the conversation. Firstly though, he mentioned recently going to see a band whose lead singer Jon McClure explored music and football on here two years ago.

“I was at Reverend and the Makers at Leeds (Metropolitan) University. I’ve been to T in the Park several times and camped over but I could only do that when I was in Scotland as it’s in July, so I miss out on a few of the festivals.”

In his three years at Huddersfield, Scott had two very different experiences of the League One play-offs. He started at Old Trafford in May 2011 as the Terriers were beaten 3-0 by Peterborough United in the final but a year later all the pain would be washed away.

He made his 40th appearance of the 2011/12 season in the final, this time at Wembley, against Sheffield United. After a goalless 120 minutes, the game went to penalties and Scott put Simon Grayson’s side into a 2-1 lead before an eventual 8-7 shootout win to send them up to the Championship.

One of his former Terriers teammates, forward Danny Cadamarteri, featured on this site back in April 2012 and expressed his surprise at Scott’s liking for music from ’30 years before he was even born’! We have heard already about the artists Scott enjoys so before the final question let’s take it back a few years with the album he chose to start his own collection off.

“The first tape or CD I ever bought was Michael Jackson’s ‘Thriller’ I think it was. I must have been about ten or so.”

To round off the interview, Scott was asked to put together a 5-a-side team which acts as a ‘best of’ from his career so far. Choosing from the teammates he has been most impressed by since he started out in the game, here are the four he would select to play alongside him. Falkirk supporters may be particularly pleased at the inclusion of a certain magician who used to dazzle in their midfield. There are also two outfield Burnley players to keep things up-to-date!

“My goalkeeper would be Tim Krul at Newcastle who came on loan when I was at Falkirk breaking through. He was fantastic and he’s showed what a good goalkeeper he is now.

“My defender would definitely be Kieran Trippier. He’s the best defender I’ve ever played with.

“A midfielder along with me is a guy I played with at Falkirk called Russell Latapy who played in the World Cup (with Trinidad & Tobago in 2006). People down in England don’t really know what an absolute genius he is.

“He’s an absolute legend in Trinidad his home country and definitely the best player I’ve ever played with. My striker would be Ingsy (Danny Ings) because you’re guaranteed goals and hard work.”