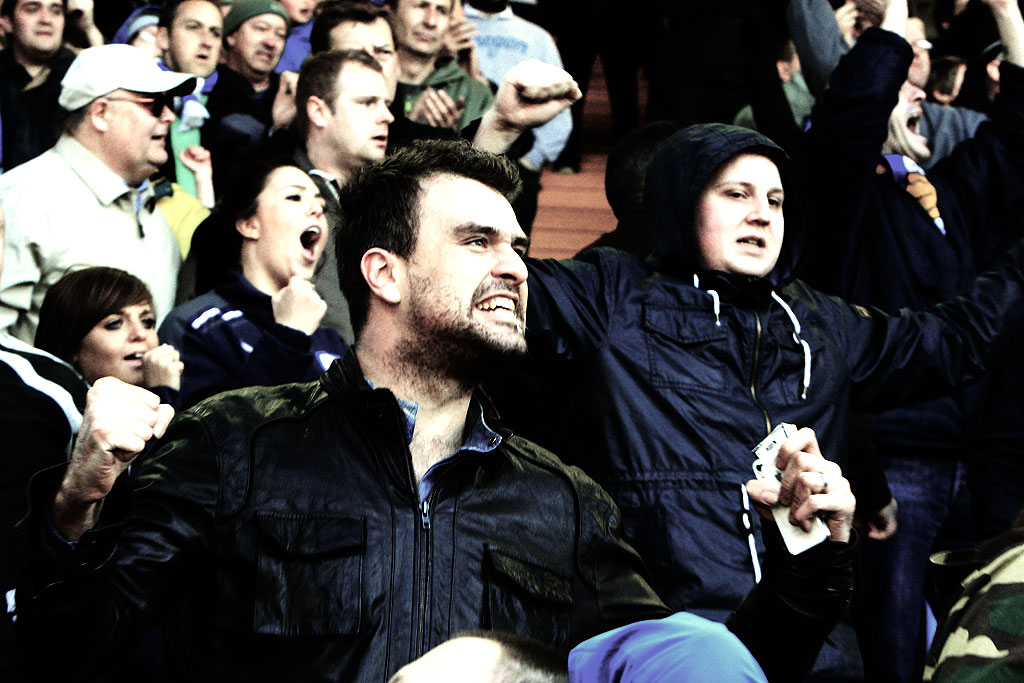 This year has heralded the return of renowned Sheffield band Reverend and the Makers with the release of their third studio album this week ably supplemented by festival and tour dates packed into the schedule. Frontman and ardent Sheffield Wednesday supporter Jon McClure has been vociferous in his belief that the state of mainstream music needs realigning, and he reveals which artists he’d erase from the scene, as well as how his dream festival scenario would play out.

A former band colleague and flatmate of Arctic Monkeys’ lead vocalist and guitarist Alex Turner, Jon had previously fronted Judan Suki and 1984 before Reverend and the Makers came together, enjoying success with their 2007 debut album ‘The State of Things’, ignited by the hugely popular song ‘Heavyweight Champion of the World’. After side projects and suchlike, the five-piece, whose current line-up includes mainstays Ed Cosens and Jon’s wife Laura as well as drummer Ryan Jenkinson and The Book Club’s ex-Milburn vocalist and guitarist Joe Carnall, have released their third studio album entitled ‘@Reverend_Makers‘. The title has gained some attention as it is Jon’s Twitter username, as it was seen as the ideal indicator of contemporary habits and the instant connection and sense of identity that derives from interacting with the fans via the social media platform.

The album represents a shift away from their more politically-charged second effort, 2009’s ‘A French Kiss in the Chaos’, with Jon speaking on many occasions lately about how as much as he liked the album he did not want to come across as lecturing the point, having also explored the theme with his side project Mongrel. After supporting Noel Gallagher’s High Flying Birds (having done the same for Oasis in the past) earlier this year the band released a mixtape in the run-up to the new album’s release, as well as playing gigs to gauge the reaction and to see if the interest in their material was still as strong as before. The mixtape comes as part of the deluxe version of the album and was a collection of experiments featuring the likes of fellow Sheffield singer / songwriter Richard Hawley, Carl Barat of Dirty Pretty Things and The Libertines, as well as UK artists Kano, Blak Twang and Roots Manuva. The reaction in February to the free download ‘Bassline’ had taken the band aback and the positivity from the supporters new and old has reverberated since, with the album riding high in the iTunes charts in its opening week.

“We’re number two in the alternative charts, second only to Coldplay who’ve had ten million plays on the radio whereas we’ve only had probably five plays, and they’re on at two in the afternoon and we get played at five in the morning,” Jon said. “It’s £4 on Amazon, it’s had glowing reviews, all five stars on iTunes, and it’s songs about your life.” 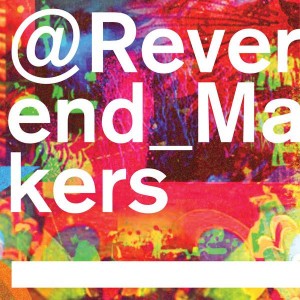 An upbeat, feel-good release with characteristic wit and energy, ‘@Reverend_Makers’ is currently at number 13 in the overall album chart with Justin Bieber, Cheryl Cole and Usher, conversely backed by millions in their budget, among the top 10. The single ‘The Wrestler’ and the Howard Marks feature ‘Mdmazing’ are standouts, with my personal favourite so far ‘Warts ‘n’ All’ containing the great Facebook-inspired line ‘your profile pic divided by four equals your actual fitness’. Jon hasn’t held back of late in his assertion that the mainstream music scene requires a swift shake-up to return it to the hands of meaningful song content, pointing also to similar past low points before the explosion of the likes of acid house, grunge and Britpop.

“Radio 1 are looking at graphs and Facebook stats and thinking everyone wants to listen to dance, I love dance but not this rubbish dance that sounds like it’s come out of your laptop and your arse and seems to be made for 13-year-old girls. Their average listener is 33 and yet they think that’s what they want to hear, 6 Music is run by people with taste who listen to records and they should be the ones on Radio 1.

“People need to stop looking at graphs because music’s a subjective art form, it can’t be determined by fucking stats and graphs. What would Joe Strummer and John Lennon say about it if they were here?”

With Jon’s views in mind, I asked which three acts he would ‘delete’ from today’s music scene if he was given the opportunity, and he was quick with the first two answers, but took a few moments to come up with his final choice!

“David Guetta, Swedish House Mafia… and JLS – yeah get out, go on, fuck off!”

Despite a near-23,000-strong following on Twitter, many of whom get to see Jon and his mates regularly playing live sets from his living room via the site Ustream, there is however a certain tag of ‘underrated’ with Reverend and the Makers. I actually used an example of how MC Hammer once said that no artist sets out to sell merely 10,000 records and no more when I asked Jon if that underrated label is something that pushes him on or if he enjoys the fact that there is still a certain degree of exclusivity to their work.

“It drives me on, having to have a good Twitter and having to struggle to get our music to people, but I think people realise they’re good songs.” 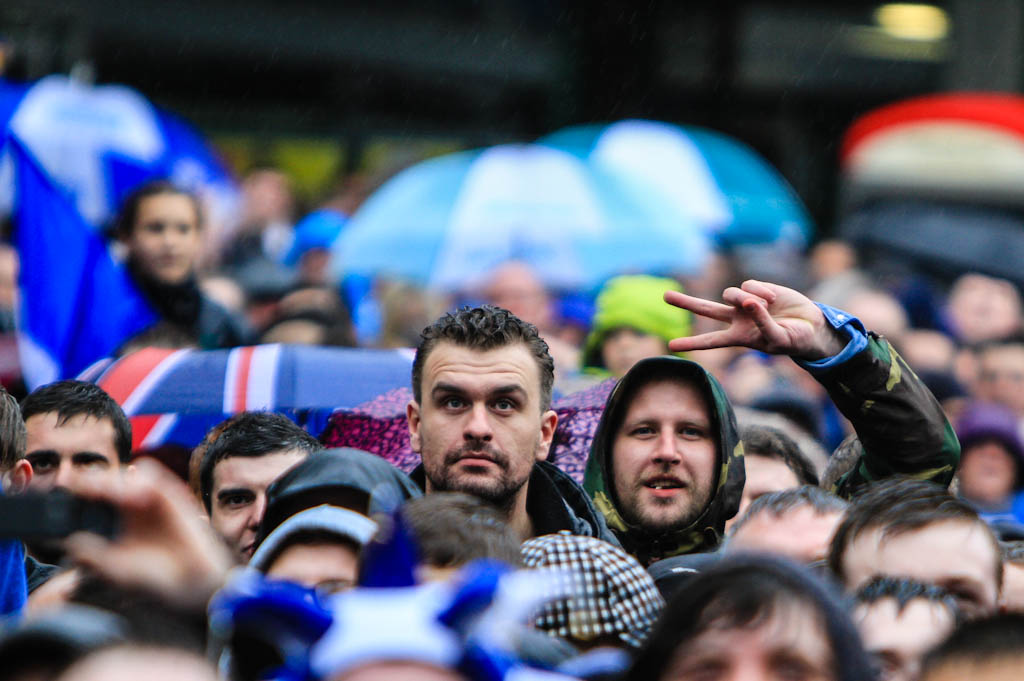 The band’s songs are somewhat illustrated by the themes of people Jon knows from Sheffield and Laura has also said that the city’s electro bass feel present in earlier bands like The Human League will remain evident in all they do. Jon has commented on the city’s characteristic of modesty and he agrees that this can project itself onto the music to some extent despite the obvious proud heritage created and continued by a succession of great bands and artists.

“I think we’re a bit too shy, we’ll say ‘oh we’re alright’ but Manchester and Liverpool love shouting about their music and city. We should shout about it, Sheffield’s wicked.”

As I ask every footballer on here about the first record they bought it is only right that I do the same with Jon, and his was a Jamaican duo who enjoyed a modicum of chart glory over here in the early 90s!

“Chaka Demus & Pliers ‘Twist and Shout’, with Jack Radics and the Taxi Gang!”

Rating Primal Scream as the best band he has seen live at the time former Stone Roses bassist Mani had just joined, Jon is eagerly anticipating the list of festivals Reverend and the Makers will be performing at over the summer, with one standing out for him.

The aforementioned Y Not Festival also features a highly talented unsigned band I’ve profiled in detail on here – Buxton’s indie rock and roll four-piece The Stand. Reverend and the Makers’ support slot for the Red Hot Chili Peppers was arranged with the US band’s bassist Flea at his request via direct message on Twitter after Jon had met him in Africa, sitting atop a vehicle with him and impressing him with his music. As a Sheffield Wednesday fan myself like Jon I wondered what the chances of getting Flea, or lead singer Anthony Kiedis, to come down to Hillsborough on match days were.

“I think Anthony Kiedis is a fan of (Wednesday midfielder) Jose Semedo. Ant Genn (formerly of Pulp, now with The Hours) though, he’s a great guy but he’s a Blade (Sheffield United) and he’s been trying to get Flea into United with the shirt and everything.”

On the subject of Sheffield Wednesday, as many people know Jon suffered a back injury after the final whistle of Wednesday’s win over Wycombe Wanderers on May 5th to win promotion to the Championship (something I wrote about in detail here) and was forced to cancel the band’s Leadmill gig as a result. The Sheffield date, which sold out in six minutes, was rescheduled and went down a storm with the crowd who even got an acoustic set in the street outside afterwards. The day of the Wednesday game however had been a frantic one for Jon and Ed from the band as they appeared on Soccer AM in the morning in London before a mad dash to Sheffield for the match. 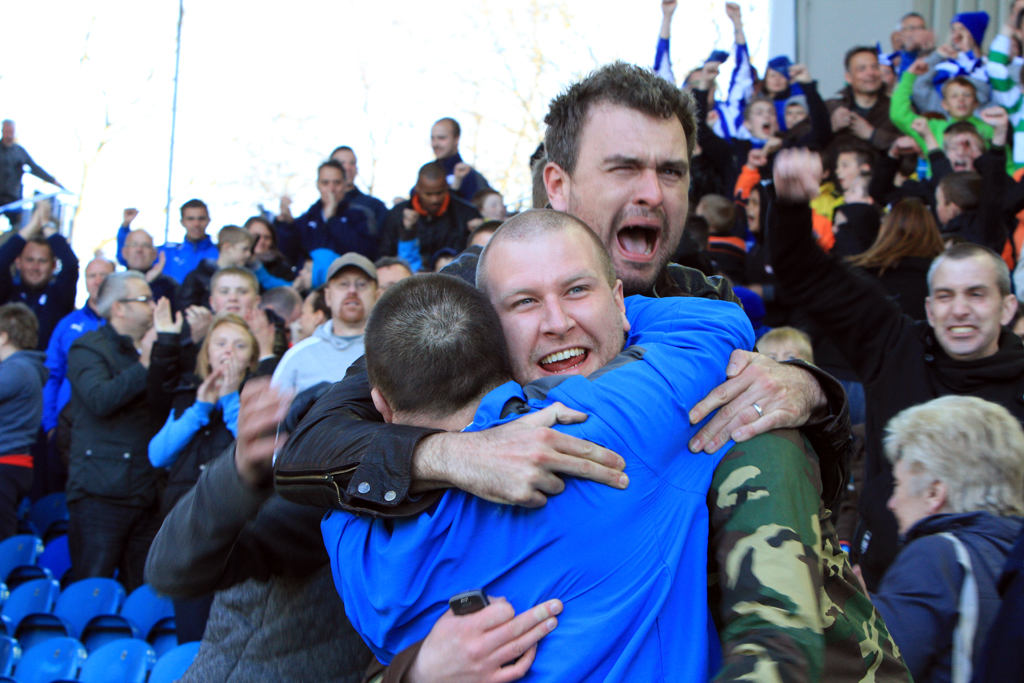 “It were a reight nightmare, in one of them fucking motorcycle taxis to the station, we got off the train in Sheffield with about 50 seconds to kick-off so it weren’t ideal.”

The band have their tour in October but with the new football season in August Jon is excited about Wednesday’s return to English football’s second tier, and even reckons the buzz of the team winning manages to outweigh the connection with the audience at gigs.

“Wednesday winning’s well better! I’d say there’s nothing better, after me getting married (Jon married Laura from the band in 2009), actually I’d say Chris Waddle scoring at Wembley (versus Sheffield United in the 1993 FA Cup semi-final) is number one, so music’s fourth!

“It’s not been easy to keep up with Wednesday when I’ve been away but I’m back on it now. I’m looking forward to (Wednesday chairman) (Milan) Mandaric getting his cheque book out and having my own season ticket, I think it’s in the South Stand but I’m not sure ’cause Wednesday sorted me out with it, but when I know I’ll tweet it ’cause I want all the lads together.”

Jon once talked about how former Wednesday striker Lee Chapman was someone he watched in the first ever game he saw and how he would later become someone he knew, and there are some other current and former players it appears who are fans of the band.

“Ian Wright tweets about us, he’s a big fan, Chris Waddle, I did an interview with him the other day which was great, John Sheridan, Graeme Swann (England cricketer). Chris Lines is coming to see us in Bristol.”

I’ve written before about how it’s an almost indescribable feeling following Wednesday but how moments like Michail Antonio’s injury-time winner against Carlisle in April encapsulate it. I asked Jon what being a Wednesdayite truly means to him.

“Family, history, tradition, the pride, the difference between being miserable and being happy! I remember stories like my Nan dancing with Wednesday players in the 30s, it’s in my bloodstream, cut me open and I’d bleed blue and white.”

That link shows itself once more in Jon’s response to my closing question of how the situation would look if he could stage his own festival, with an unlimited budget, any location and any people living or dead in attendance. It might be a pretty difficult one to organise considering the details but what a picture it would be if it was possible!

Thanks to Neil Hargreaves for his photos of Jon.