‘The Standwagon’ is gathering pace, this indie rock and roll four-piece have just released their debut EP, showcasing the fruits of their unerring labour in dazzling fashion with a highly polished effort deserving of attention from the industry’s big hitters.

The Stand hail from Buxton, Derbyshire, and the town’s close proximity to Manchester and Sheffield has been acting as a crucial gateway to reaching new audiences for the band, also leading to two appearances so far at the home of The Beatles, Liverpool’s Cavern Club.

What we have here is a perfect indicator of just how good ‘unsigned talent’ can be, indeed they make a sheer mockery of the fact they are not yet attached to a record label with a 44-minute display of quirky fun, raw emotion and unforgettable songs.

Driven forward by the distinctive vocals of singer and rhythm guitarist Ged Potts, the album kicks off with ‘Raise A Flag’, a track written by bass guitarist Mark Whibberley in recognition of the physical and emotional rigours deriving from the conflict in Afghanistan.

Despite the unmistakably serious subject matter this still manages to be an up-tempo and enjoyable precursor to the rest of the album, providing an immediate glimpse of the catchy guitar work that characterises the band’s material.

The barnstorming ‘Get Your Shit Together’ (will be slightly retitled if Radio 1 ever get their hands on it!) has been a long-time favourite with supporters of The Stand, coaches are regularly filled en route to the gigs and this two-minute juggernaut is always a sure-fire winner on the night.

It admirably fuses Ged’s consistently accomplished songwriting with the explosive energy from drummer Jon Stone, backed by the prowess of Mark on bass and youngest member Charlie Willcox on lead guitar.

This was my personal favourite Stand song for a long period of time, although as you will come to find out later on it has recently been outdone by another on here, nevertheless it is terrific and a high-octane example of their capabilities.

The standard remains throughout the EP but this song really does stick in the mind, both for the humourously blunt title and for the unrelenting pace with which it hits you, the shortest but most adrenalin-infusing song on here.

Track three is ‘Oh Girl’ and though it is dissimilar in essence and tempo to the famous song in question I find myself just briefly harking back to the outro of The Cranberries’ ‘Zombie’ with some of the riffs in this one.

Despite it reminding me of ‘Zombie’ for that small part of the song it is as I say very different to it overall and ‘Oh Girl’ tells the tale of being in love but afraid to reveal those feelings to the other person for fear of them not feeling the same way.

The pace is taken back up again somewhat with ‘Something’, one Ged wrote inside three weeks along with the aforementioned ‘Get Your Shit Together’ and these two act as perhaps the most archetypal punchy, rock ‘n’ roll offerings on the album. 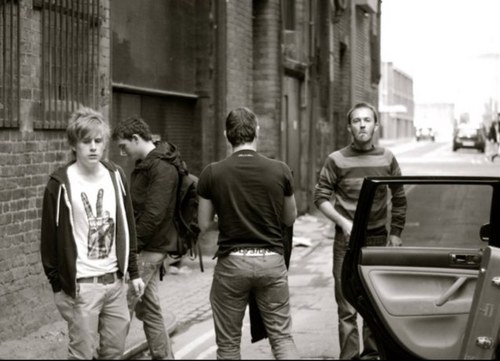 The title track ‘Inside Your Mind’ represents a slight shift in sound and experimentation with different styles introduced, including an uplifting dance drum beat as well as drum and bass influences towards the end.

Drummer and ‘beatmaster’ Jon picks this one out for the guitar work’s likeness to the Batman theme tune (although the intro reminds me very much of ‘Kids In America’!) and the title was seen by the band as fitting for the album when it came to selection.

Manchester’s Ruby Lounge ‘Band In A Box’ winners then give you ‘This Misery’, in which despite the song’s name there is a reassuring message and the momentum builds as the theme of encouragement through hard times rings out clearly.

‘Getaway’ signifies the all-round input that each of The Stand’s members have when it comes to the composition of songs as the story goes that Ged had an initial idea for this one but Jon’s beats and creativity were so strong that a new tune was put together, and to wonderful effect.

The band then have a word for the figures high up in the world’s hierarchy with ‘Moneyman’, given from their own personal perspective they highlight how these people can take working class people for granted.

This picture is painted as clearly as can be with this excerpt from the song: “you are the moneyman you’ve got style and you’ve got grace but if you ain’t careful someone will put you in your place.”

A Stand gig is a real experience and what you find when listening to the EP is that little moments from them here and there will come back to you, in that nostalgic manner, an ideal reason to get to one of these nights if you get the opportunity.

The ninth track of the eleven is ‘Waiting For A Sign’ and it is an example of lead guitarist Charlie’s vision and musical perception as he came up with the structure and the main riff, ably supplemented as ever by Ged’s lyrics.

The band was formed in 2008 and also originally featured Rick Cox on bass as well as guitarist Gary Pritchard, and the album is a strong reflection of Gary’s influence.

Charlie came to join the band over a year ago and ‘Waiting For A Sign’ shows what he has brought to the table, adding a clear freshness to go together with the band’s established tracks. 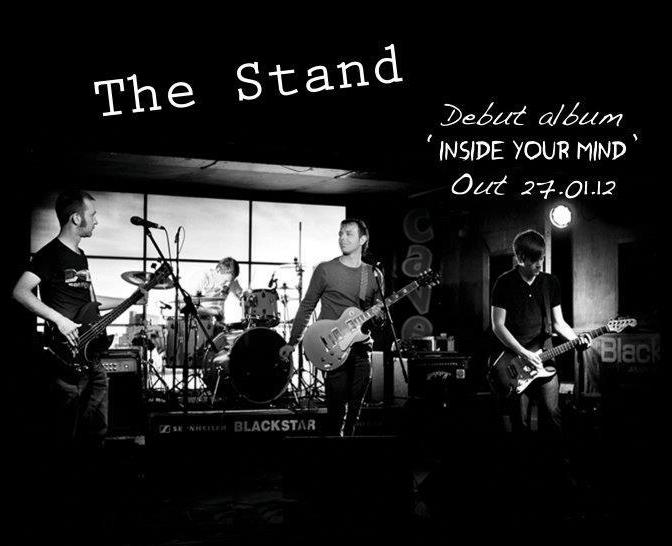 The final two tracks are real standouts, the first of which is ‘Entertainer’, one Ged believes to be among his proudest songwriting achievements, finding the desired formula for the song after a number of months toiling away on it.

This is I believe a real signature track for The Stand especially with regard to the vocals, there is nothing average about the band and when people look back at this song in the future I am sure this will remain one of their most instantly recognisable.

I notice a symmetry between ‘Entertainer’ and ‘Moneyman’ in the sense that a figure on a pedestal is the focus of each song, however in ‘Entertainer’ there is far more admiration than disdain in the lyrics and the guitar work is also particularly slick in this penultimate offering.

I had made an attempt to lead you to this final track and what a way this is to conclude a debut album.

They say to save the best for last and however intentional that idea was on The Stand’s part they absolutely smashed it with ‘Where Did All The Good Times Go’.

Oasis are one of the acts who inspire the band and there is a little bit of their influence to be heard in the background here, but make no mistake this is The Stand’s, and it is simply perfect for festivals, anthemic in the extreme.

The first time I heard this song I knew it was a winner, there is an eerie twang in evidence and Ged’s vocals illuminate it as it borders on haunting in that way truly great songs do.

I do not think I can enthuse any further about ‘Where Did All The Good Times Go’ other than to say that it is no exaggeration to suggest that it has the potential to send shivers down the spine of music lovers everywhere, if only they get the chance to hear this superb ballad.

The album’s 44 minutes pass quickly and ‘Inside Your Mind’ is the spruced-up product at an early checkpoint in the story of one of the most unique and deserving bands fighting tirelessly out there to make it in the music scene.

In addition to the world-famous Cavern, Sheffield’s Leadmill, Manchester’s Printworks, Roadhouse and Academy are just some of the reputable venues to have played host to these lads so far and understandably so.

The launch night of this EP was held last Friday at The Orchestra Pit in the band’s hometown with support from George Baxby, the high attendance for the event further backing up the sense of community and intrigue there is around them wherever they play.

The Stand display admirable versatility on their debut album and the songs are infectious, and anyone who has listened to music and consequently felt that strength of feeling that it can evoke when it is done right will understand what I’m referring to.

When you can come up with quality like this you are well on your way, outstanding.

You can buy the album on iTunes at the following link: http://itunes.apple.com/gb/album/inside-your-mind/id499023137

Or from CD Baby: http://www.cdbaby.com/Artist/THESTAND2

Also get connecting with The Stand in these ways: