So much has gone to plan in the FA Women’s Super League this season for Liverpool Ladies and they are just two wins from the title, but their captain and England international defender Gemma Bonner describes how their two American players have been left perplexed more than once.

Heading into the closing stages of the WSL’s third campaign, Liverpool have put themselves in pole position to seal the championship. A run of five consecutive victories for Matt Beard’s side and second-placed Arsenal Ladies’ draw with Lincoln has seen the initiative fully handed to the Reds. 22-year-old skipper Gemma Bonner, a member of England’s Euro 2013 squad, has led from the back with huge assurance all season and she is revelling in the commitment the club is making towards success.

The team’s chemistry is undeniable and the mix of nationalities includes personnel from Germany, Sweden, Iceland, New Zealand and the US. The representatives from across the Atlantic are defender Whitney Engen and midfielder Amanda DaCosta, two extremely important members of the side so far in 2013. While they have contributed emphatically to the group dynamic, they have struggled ever so slightly with one aspect of their time over here! Captain Gemma explains.

“The Americans say they speak American rather than English as there are some words they don’t understand!”

With their 2-0 win over Doncaster Rovers Belles on Wednesday evening Liverpool not only cemented their place at the top of the league but also set a new record for the most WSL goals in a season, with 40. Former Chelsea player Gemma has been at the other end of proceedings but the centre-back struck an outstanding 25-yard late winner in the recent 4-3 top of the table encounter at Bristol Academy. She also netted in the eye-catching 9-0 win at Doncaster last month and the terrific options they have in their ranks have come together superbly to this point.

As this site explores, music is so often the backdrop to numerous shared moments for a team when they are preparing for a game or celebrating afterwards for example. Liverpool have had frequent opportunities to be in great spirits this year and they have also looked every bit as switched-on as a serious title contender should be. Gemma gives a look at this part of the Reds’ set-up behind the scenes, with her defensive counterpart and England colleague taking on the main role.

“Lucy (Bronze) is in charge and I don’t think anyone else gets near it! They’re all upbeat songs but there’s definitely a few dodgy ones in there too.
“I know Fara (Williams) doesn’t like some of them so she has something to say about it!”

In addition to forming a defensive cornerstone to Liverpool’s victories this season, Lucy Bronze and Gemma have featured together many times previously, including in the 2008 FIFA Under-17 World Cup in New Zealand as England reached the semi-final. They have also both been at Leeds Metropolitan University and were part of the England group who won the UEFA Women’s Under-19 Championship in Belarus in 2009. Along with a Republic of Ireland Under-19 striker who left Liverpool this summer, a regular scene used to take place within the team.

“Lucy’s always dancing and when Lillie Fenlon-Billson, who signed for Lincoln Ladies from us, was here it would always be them two together dancing. ‘Teach Me How To Dougie’ (Cali Swag District) was one of Lucy’s favourites.”

When it comes to Gemma’s own song choices it is accurate to say she has a bit of assistance and the individual in question will not be too much of a surprise!

“To be honest, at the moment I’m probably more into r&b-type music. I rely on Lucy Bronze, she puts all my music on my iPod for me.
“I’m quite open with it but for football it has to be something quite upbeat. I like chilled music in the car because I spend a lot of time driving.”

Former Everton Ladies manager, England defender and captain Mo Marley led the national team’s Under-19s to their fourth UEFA Women’s Championship final under her stewardship, before being defeated 2-0 after extra-time against France last Saturday. Gemma played in the final in 2010 as the Young Lions were edged out 2-1 by the same opponents, but we’re rewinding to a few years before that with this one. At 22, she had most of her childhood in the 90s and the question of the first CD she ever had brings up one that was on a few Christmas lists in 1997. You can find the likes of Backstreet Boys ‘As Long As You Love Me’, Boyzone ‘Picture Of You’ and Hanson ‘Where’s The Love?’ on this!

“I’ve been trying to think of this one! I think it was Now 38, which I think came from my sister and it had ones like Spice Girls (‘Spice Up Your Life’), Oasis (‘Stand By Me’) and Robbie Williams (‘Lazy Days’) on.” 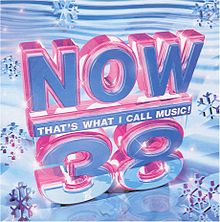 Despite her moves to Chelsea and Liverpool, as well as being in multiple England teams through to the seniors, Gemma has avoided having to sing for her teammates as is often the case in football. In 2010, she won the FA Women’s Premier League Cup as one of the Leeds Carnegie Ladies squad, as they were known then. In the line-up for Leeds as they beat favourites Everton 3-1 was current England and Lincoln Ladies midfielder Jess Clarke. She was praised on here in May by England colleague Anita Asante for her voice and Gemma reinforces that viewpoint with this memory.

“Jess Clarke, she’s a good singer. Once we were with the Under-19s with England in Lithuania waiting for a bus and she sang one really well.”

Leeds-born Gemma was called up to the full England squad for the first time in a Euro 2013 qualifier with Croatia in March 2012. Although she is still awaiting her first full cap she will surely be firmly in contention for the World Cup qualifiers this month as temporary head coach (and Under-23 manager) Brent Hills takes charge against Belarus and Turkey. Her form at club level this season cannot have failed to catch the eye and she is hoping for a glorious end to the WSL for Liverpool when September draws to a close.

The club has undergone some rapid changes since last year after they began the WSL by finishing bottom in the first two seasons with just one win in each campaign. Gemma was one of a clutch of players to arrive, as well as her former Chelsea coach Matt Beard who is now at the Halton Stadium helm. Among the international names for the Reds are German duo Corina Schröder and Nicole Rolser, Icelandic midfielder Katrín Ómarsdóttir, New Zealand forward Sarah Gregorius and Swedish midfielder Louise Fors. With the next fixture a derby at home to Everton on Thursday 12th September every bit of focus is needed and Gemma is glad they can call upon a diverse and talented set of players. We also mentioned what means the most to her as a WSL player.

“Everyone in the group brings that winning mentality. There are so many different cultures in the team, we’ve got a lot of young players but experienced ones in there too and it’s great to have that blend.
“It’s a massive honour for me to be captain because it’s such a good club and it’s been a really good season for us so far. If you ask any player they’ll say that to be respected by fellow teammates and players is a big thing.”

The title race has come down to three teams, with Liverpool and Arsenal challenged by Bristol Academy in 3rd place at present (with games in hand). Bristol’s win at Chelsea this Thursday strengthens their position and they can win the league if they claim victory from their last four games. The finale on Sunday 29th September could be encapsulating as Liverpool host Bristol. There is also a hugely important clash this Sunday (8th) as Bristol travel to Arsenal, looking to overtake Shelley Kerr’s Gunners in 2nd.
The run-in is sure to be exciting for players and spectators alike and the much-improved competiveness at the top in 2013 is reason for ever-increasing interest in the WSL. As Gemma and her teammates continue to do their best to ensure it is them who lifts the trophy in a few weeks what does the Reds’ number 5 occupy herself with away from playing?

“I don’t really get too much spare time because I’m just travelling back and forth so much and we train every day. I’ve just finished uni though, I got my degree and I did Sports Performance.”

The contributions of eleven Liverpool players plus substitutes will be needed in the remaining two fixtures but what if Gemma could pick her own line-up? The way this regular final question works is for the interviewee to select a 5-a-side team, including themselves, consisting of the best players they have worked with in their career so far. Up front, she opted for one of England’s brightest attacking prospects and someone who was on here with her own interview last season.

“For a keeper I’d have to say Carly Telford, for her distribution, she can really ping a ball. In defence, Neetz (Anita Asante) – there’s nothing getting past her!
“In midfield, Fara Williams, especially as it’s 5-a-side because when we have these games in training she bosses it. I’d go Toni Duggan up top, she’s having a good season.”