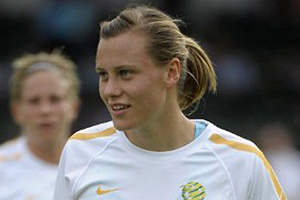 At 19 years old but with admirable experience already, Newcastle Jets’ Australian international midfielder Emily van Egmond is representative of the nation’s emerging female footballing talent and she confirms how significant music has been to herself and her teammates in the opening stages of her career.

The daughter of Gary van Egmond, the title-winning head coach of the Jets’ A-League side, Emily has made her own way in the Westfield W-League since its inception in 2008 as well as enjoying club experience abroad. Besides representing leading Danish club Fortuna Hjørring, she helped the Western New York Flash to Women’s Premier Soccer League Elite glory in the US last July, netting the penultimate penalty as they defeated the Chicago Red Stars. Emily is the second Westfield Matildas player on the site in quick succession following goalkeeper and captain Melissa Barbieri and she concurs with ‘Bubs’ when it comes to the view that a playlist can have immense power when a team is together preparing in the dressing room before a game.

“It has played a huge part, there is nothing worse than being in a change room with no music being played. The last tournament we had with the Matildas in China, Tameka Butt was on iPod duties, but it changes from time to time.’’

When she pulls on the Newcastle Jets jersey on match day Emily is turning out for her local side, having been born in this particular area of New South Wales. On the international front, she may still be in her teenage years until July but she made history in the 2011 World Cup. Emily became the youngest Australian to score on such a stage when she put the Matildas into a 2-1 lead against Equatorial Guinea in a group game in Bochum, Germany, while still nine days short of her 18th birthday. It was a superbly-taken right-footed half-volley after teammate Leena Khamis’ cross had just about evaded striker Lisa De Vanna. The match in question finished 3-2 in favour of Australia and ultimately set them on their way to the knockout stage. The game was also notable for an astonishing moment in the first half when the aforementioned Khamis hit the post for the Matildas before the ball was caught in both hands by Equatorial Guinea defender Bruna who escaped punishment from referee Gyongyi Gaal!

Emily had made her senior international debut against North Korea in 2010 and when discussing the individual music tastes of her national team colleagues there were none who came to mind as particularly questionable! When she was giving praise for what she perceives as good musical appreciation however it was a Sydney FC winger who is a fellow 19-year-old and close friend of Emily’s who she gave a mention to.

“Everyone in the national team has decent music so I can’t really single anyone out for having the worst but Sam Kerr has good taste in music! My favourite artists would have to be Chris Brown and Justin Bieber.
“I listen to r&b before playing games. Drake, Kanye West and Red Hot Chili Peppers are also my favourites to listen to.’’

The responses in past interviews on here to the question of the first record the footballer ever bought have on occasions brought up a compilation CD. The usual answer if this is the case is one of the many ‘Now That’s What I Call Music’ albums, but for Emily it was one that you can only get your hands on in Australia, which is why I had not heard of it being from England! 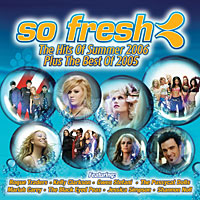 On the subject of live gigs and festivals Emily has been to, the first she mentioned was one that last year featured the Kaiser Chiefs amongst its performers and it is one that gets underway in April this year.

“I have been to a festival in Newcastle called ‘Groovin’ the Moo’ that was pretty cool. I also went to ‘Shore Thing’ and saw Calvin Harris and Snoop Dogg live so that was awesome!’’

Many clubs now have a tradition within their team personnel in place for new signings to sing something as an initiation procedure but as we found out in the interview with Melissa Barbieri this is something that has not quite spread to the Matildas. Emily has also never had to do it thus far but she did witness one of her Stateside teammates giving a rendition of one of Emily’s own favourite artists and the player in question is a Jamaican international.

“No I have never had to sing in front of teammates, touch wood! (The most memorable of teammates was) Omolyn Davis from Western New York Flash – when we were on a long bus ride home she put on a good performance to a Chris Brown song, it was very entertaining.’’

As alluded to previously, Emily’s father is the head coach of the men’s A-League’s Newcastle Jets and he is a former Australian international defender who featured at the 1988 Seoul Olympic Games for his country as they reached the quarter-finals. In recent weeks he has surpassed 100 games in charge of the Jets and with him at the helm of the men’s team and Emily representing the women’s side there are opportunities from time to time for him to watch her play. Drawing on the professional experience of her father is also something that Emily, who played for the boys’ teams until she was 15, has had the privilege to do over the years.

“Dad’s always busy with his team but when he can he comes to some of my games, which is nice. He has been a massive influence on my career, we still go out and do some sessions together when he has time so I really appreciate having that opportunity.’’ 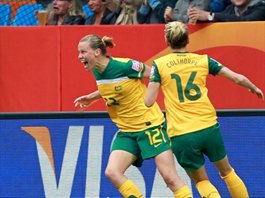 Naturally, Emily has had experience of slightly varying positional roles in her footballing life so far but there are a trio of top level players she picks out as being the most inspirational to her. She has often spent time watching Barcelona games on the television with her Dad and there are two of the Catalan giant’s star attractions that she names here beside a Manchester City midfield magician.

“The players I most aspire to would have to be (Lionel) Messi, (Andres) Inesta and David Silva. I love watching the men play and those three stand out for me in terms of the position I play.’’

Although Messi operates further forward than Silva and Iniesta, Emily enjoys the attacking midfield role the most although her biggest female footballing role model growing up was the legendary former Matildas defender Cheryl Salisbury. She has had the chance to work with Salisbury in her career as well as a midfielder who she was likened to by former national team coach Tom Sermanni when he first called her up to the Matildas in 2009– Joanne Peters. Peters herself was very complimentary of Emily at the time as talk began to centre on her being the long-term successor to her out on the field even though Emily was just 15 back then.

Besides having a number of years’ competitive game time behind her now, Emily also has the experience of playing in the US of course and she relished the opportunity with the Western New York Flash to get fitter and to take on a full-time professional environment. Now back home with the Jets she recently scored in a 2-2 draw with Perth Glory and the W-League season draws to a close this weekend as the Jets host Melbourne Victory at Wanderers Oval, Broadmeadow.

“I’m enjoying my time with the Newcastle Jets, we were lucky to bring out three American players and two of them from Western New York Flash: Angela Salem and Tori Huster who I played with last year. The girls played really well against Perth, and I was just happy to get a goal for the team.’’

Coming from the North West of England I like to get a first-hand perspective of the different surroundings around the world that some of the site’s interviewees come from and Emily gave me a glimpse into life in Newcastle, one that is far removed from my own environment in terms of facilities!

“I like playing for the Jets because it’s my home town and my family is here. The Newcastle area is amazing – it doesn’t get much better than Newcastle!
“We have so many nice beaches, cafes, the ocean baths. We have Lake Macquarie which is also great, especially if you have a boat or jet ski it can be a lot of fun.
“It’s a laid-back kind of town and I love it!’’

The issue of the progress that the women’s game has made and continues to go through is something that is an ever-relevant topic to everyone who has a vested interest in the sport. In various places around the world there are so many who dedicate their time to women’s football but there have been more roadblocks than most to overcome for those involved. Emily gives her view on the current state of play for a sport that is capturing more and more players and supporters. 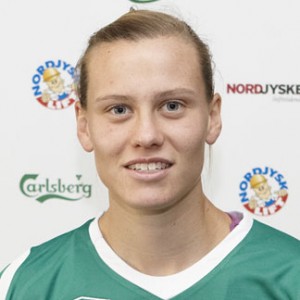 “The game is continually growing and improving. The progression is due to a number of things, I don’t think the game will ever go backwards, that being said there is always room for improvement.
“Ultimately we see the stability and the treatment of the men’s game and that’s the standard we would love to reach. I am encouraged by the number of fans and supporters we get to our games.’’

To conclude, in this regular site feature Emily put together the 5-a-side team of the best players she has worked with in her career so far. The question requires the player to include themselves in the line-up and although still in her teens Emily certainly has some esteemed names to choose from.

“My 5-a-side team would have to start with Brittany Cameron from Western New York Flash – great goalkeeper. Defender- Cheryl Salisbury, ex-captain of the Matildas.
“Midfielder Joey Peters, ex-Matildas vice-captain, and striker Lisa De Vanna. I played with Cheryl and Joey for the Jets in ‘08 and Lisa De Vanna I currently play with in the Matildas.
“Cheryl’s presence and experience were great for me as a young player coming through, Joey was both-footed and knew the game. Lisa with her pace up front and she scored one of the best goals I have seen in women’s football when we played the USA last year In LA.
“It was such a good goal, she out-ran Christie Rampone from the USA from half-way and scored into the top corner, it was unbelievable.’’