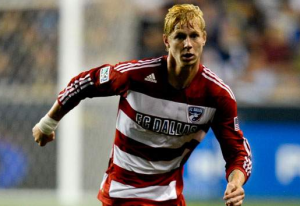 The 22-year-old spent the MLS off-season training with Arsenal in the spell of the English winter which of course included the loan return of Gunners idol and current New York Red Bulls striker Thierry Henry.

Former Germany coach and striking legend Jurgen Klinsmann, currently in charge of the US national team, has been one of those to recognise Brek’s ability in recent times and has regularly included him in his selections.

With many onlookers, Stateside and beyond, focusing their attention on him for on-field skills and endeavour as well as the undeniably intriguing style he exudes, I sought my own insight into ‘the future of US soccer’, via music of course.

The question of the first record ever bought, which has been a constant since I started the interviews on the site, brought about a response from Brek that I think I may well remember in the future when he is hopefully illuminating one of Europe’s top divisions!

“The first album I ever bought was Baha Men – ‘Who Let The Dogs Out?’. I don’t know how old I was…I was in middle school, I think.” 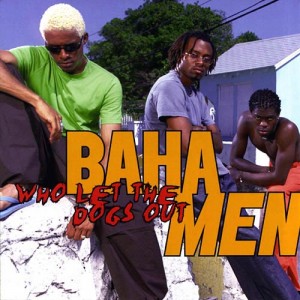 In December, Real Salt Lake captain and one of Brek’s national team colleagues, Kyle Beckerman, told me how the kitman Jesse Bignami is the man in control of the music when the US squad gets together.

Kyle revealed how an extensive mix of hip-hop tracks and popular dance beats were the selection favoured, and Brek concurs with the assertion that Mr. Bignami is particularly handy with regard to the pre-game sound system.

“Yes Jesse knows his music – he plays all kinds of stuff and he has introduced me to a lot of new music.”

“Kyle and Heath Pearce always travel with ukuleles, wherever they go.”

The middle of five children with two older brothers and two younger sisters, Brek (born Dane Brekken Shea) was born in College Station, Texas, and was a freshman at Bryan High School before moving to US Residency in Bradenton, Florida.

He graduated from Edison Academy and would enter the MLS Draft with the distinction of having never played college soccer, selected by FC Dallas as number 2 overall in the 2008 SuperDraft.

His coach is Schellas Hyndman, and in one of the first ever interviews on here last June FC Dallas captain Daniel Hernandez told of how the coach does not like music with bad language in being played by the team before games!

With regard to Brek, Hyndman deployed the youngster in a number of different roles as he tried to find the optimum way of using his ability, playing him all over the pitch, apart from in goal, before striking lucky with him on the left of midfield.

Last season was an excellent one on a personal level as Brek was named in the MLS All-Star team and MLS Best XI, scoring 11 goals with 5 match-winners and notching 4 assists as the team came 4th in the Western Conference.

They were defeated however at the Wild Card stage of the MLS Cup play-offs, losing out to New Red Bulls, which leaves seasonal targets for Brek fairly cut and dry this time around.

“I just try and keep everything simple – I want to help the team make it to the play-offs by being better than I was the year before.”

Last time out, Dallas beat expansion team Montreal Impact 2-1 with Brek scoring the winner in the 88th minute, his first of the season and 17th career strike.

The victory was their third win from the opening six games and while domestic glory is the objective at present for the rangy wideman, it is expected that sooner or later he will take on the challenge of club football in Europe.

After spending time training with Bolton Wanderers in 2007 he joined up with Arsene Wenger’s Arsenal during the most recent close season of the MLS, an arrangement allowing him to hone his skills alongside the likes of Robin van Persie and the multitude of international talents, while also allowing the North Londoners to assess his current capabilities and potential. 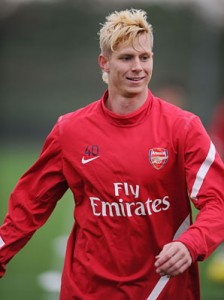 “I have trained in England before, I didn’t do much travelling or sightseeing while I was in England this time around, I just hung out with other players on the team and…learned how to play soccer better!”

Away from the on-field action Brek has long been an accomplished artist, with his own area to house his work (Left Foot Studio), and he has regularly utilised this interest to raise money for charity through his creations.

“It’s going good but I haven’t had much time lately to get in there (his studio). I’ve got a lot of new ideas though and I’m looking forward to getting back in there.”

A character known also for his tattoos and range of hairstyles, although he is as yet an unpolished gem the fundamental footballing ability he has looks set to take him a long way in his career and it could well prove the case that as in the Fort Minor song, there will be ‘one hundred percent reason to remember the name’.