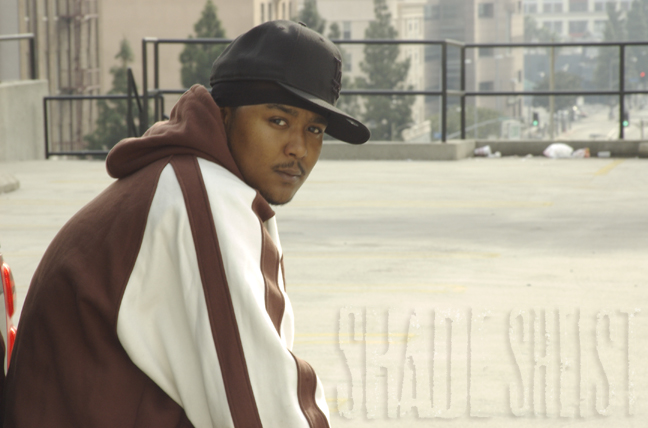 It is something of a slight change from my usual interviews with footballers, but as a staunch hip-hop fan since childhood I took the opportunity to catch up with an artist whose best-known hit I loved when I was 11 years old and still rings out on mine and so many others’ playlists.

California rapper Shade Sheist hit the UK charts alongside the forever-remembered Nate Dogg and ‘Dogg Pound’ star Kurupt with his anthemic West Coast track ‘Where I Wanna Be’, and now over a decade later it is the international scene he still reserves the most affection for.

Shade released his signature hit in the US at the end of 2000 before reaching UK audiences in the summer of 2001, and it is still a favourite in the collections of hip-hop fans from far and wide to this day, myself included.

“It feels great,” he said. “It’s 12 years later and not a day goes by someone doesn’t mention on Twitter playing that record.”

“I think about the West Coast classics that I grew up on and love still to this day, then I think about how so many folks around the world feel that way about ‘Where I Wanna Be’ or (other Shade tracks) ‘Wake Up’ (featuring Nate Dogg and Warren G) or ‘Money Owners’ (featuring Timbaland) etc. ‘Where I Wanna Be’ ended up being top 20 (number 14 in the singles chart in August 2001) there in the UK so you know I came out there a few times!”

The video for ‘Where I Wanna Be’

Shade, who has worked with some of the industry’s major players from Dr. Dre to Mariah Carey, decided some time ago to virtually leave behind the music scene back home in favour of his fanbase amongst international audiences, something he still feels truly vindicated in doing.

“That was an easy decision, and a great one! The domestic scene is shady, no pun, and I’ve seen a lot of underhanded shit go down, so much that it became an unattractive avenue, whereas the international scene, well they know how to make a playa feel loved!

“That’s why you see me flying over the waters every year or so to do what I do best. I definitely have plans to return to the UK as it was, and remains, one of my biggest supporting markets, shout out to the homie Giggs by the way!”

As Shade said, he appeared over here frequently around the time of his debut release and recalls some of the programmes and media outlets he became familiar with, for one reason or another!

“(I was there) once to do ‘Top of the Pops’, which you know I could die a legend over there for! I also hosted an entire day of Nickelodeon programming and that was fun as hell – the folks at Nick actually wanted me to make my trip a day longer so I could come back on, but I couldn’t unfortunately.

“Damizza (producer) and I also appeared on BBC Television but we may have been banned for telling off an important host over there! He was talking shit about the homegirl Mariah (Carey) though so he had it coming!

“It was even in the newspaper while I was out there that I was there – that was kinda trippy for me. I also did MTV Base so I guess you could say the UK and I are pretty familiar!” 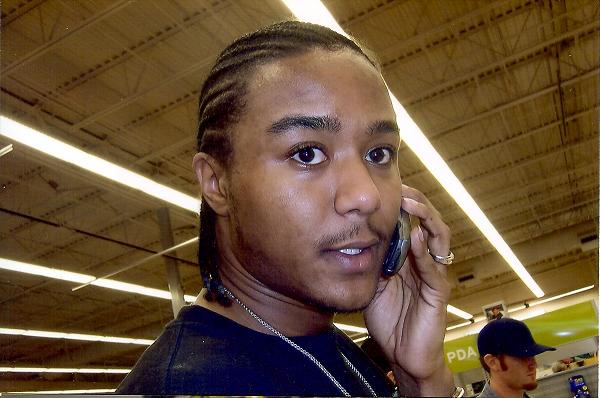 Writing and performing since childhood, Shade’s surroundings comprised of the famous city of Inglewood, California before later living in South Los Angeles.

“I still live in Los Angeles, it’s a huge city, very hard to escape the City of Angels.”

The specific path to making the breakthrough in the industry is always referenced at some point when telling any artist’s story, although some find it difficult to pinpoint any one moment when it happened for them, Shade remembers his vividly though.

“‘That’ question! Well I’d have to say that the turning point was the day I opened up an issue of ‘Rap Pages’ magazine and ran across an ad for an ASCAP showcase audition.

“I went to that audition with my group at the time and that event changed my life forever. I ended up meeting a person at the audition who eventually introduced me to some other people, who also did the same.

“I happened to have what these people were looking for and the rest is West Coast history. My come-up was the talent show circuit, straight up, actually having talent was the key though.”

As a teenager in the 90s Shade worked with a white recording artist who shared the same manager and label as him, and the rapper in question also used the same stage name that a certain hip-hop great had begun using.

Consequently their manager sued Puff Daddy (as Sean Combs was still known then) and Bad Boy Entertainment forcing The Notorious B.I.G. to change his name from Biggie Smalls as he was previously known.

While Shade never worked with the late B.I.G. he did cross paths with 2Pac, appearing in two of his videos, and although the two communicated they never got to meet in person.

“Nah I didn’t know Pac like that, I had a brief conversation with him over the phone while on the set of ‘So Many Tears’ but I got that gig and ‘Dear Mama’ through an agency I worked for at the time as an actor. It’s crazy when I think back to that shoot and that song – I was a teen then and I had no idea that the engineer of this Pac record I loved so much would end up working with me on my own classic project.

“It would have definitely been something to have actually met 2Pac in person. His recent performance at Coachella out here in Cali was crazy too by the way, I’m sure everyone has seen the footage on YouTube by now!”

Shade’s aforementioned song ‘Where I Wanna Be’ was, like so many great hip-hop tracks over the years, sprinkled with the unmistakeably genius vocals of Nate Dogg, who passed away last March at the age of 41.

As someone who worked with him on so many occasions, but much more than that as someone who knew him as a friend, Shade has the most authentic recollections of the G-Funk legend.

“Man that’s a lot of memories – it’s still hard to think about my homeboy not being here to listen to the next track I have for him to get on. His legacy will be unmatched in my opinion simply because I can’t name anyone currently who has that magic touch on records like Nate Dogg.

“Not saying some cats didn’t catch a good wave but ‘original they never will be’ as Nate once sang. Buddy, his other nickname, was always high-spirited when he came through and he loved music as much as I do, that’s why we worked together so much.

“He made a hit single for just about everyone but if you noticed, he made several with me, and yes we made each other some great dividends but Nate never worked with me for the dough. How do I know? Because he always left the studio saying that he just ‘blessed’ me with another hit, and never left any invoices.

I used the example of Nas’ proclamation that ‘Hip Hop Is Dead’ when asking Shade about the current state of the game and it is a sentiment he agrees with Nas on, although he also has his own interesting analogy of the situation.

“I’d say the current state of hip-hop is pretty stale. It’s like somebody opened the big bag of chips, everybody reached in and grabbed some, kept grabbing and grabbing, ripped the bag and left it there for the remaining product to just stale.

“That’s weak as fuck, so yes, Nas had more than a point by saying that hip-hop is dead, all coasts. We need a new bag of chips, with a stronger bag…and a smaller party!”

After his 2002 debut album ‘Informal Introduction’, three more followed and his collaboration with LaToiya Williams entitled ‘Queen’ was released last year, with an upcoming project in the offing. 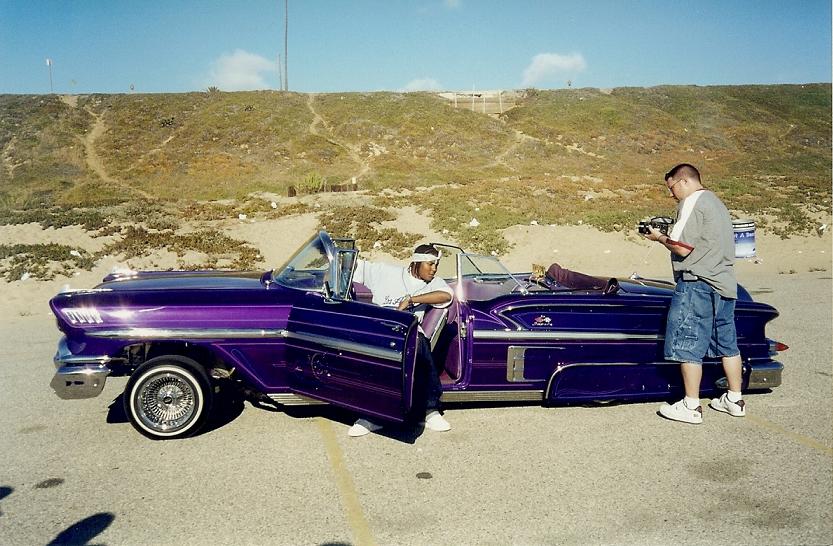 “I have a lot of new material recorded for the new album I’m working on but the crazy thing is 80% of it won’t even make the cut, it’s bomb music too! That’s just one of many confusing but necessary processes involved in creating a ‘classic’ album, and that’s all I want to create at this point of my career.

“I’m not planning on a lot of features but I have already worked with N.U.N.E., TQ, LaToiya Williams and Techniec on this project. No solid date yet but it is definitely a work in progress.”

The question of the first record ever bought is always guaranteed to bring up some intriguing responses in my football interviews, so it just wouldn’t be right not to ask Shade his first one!

“Man that’s a tough one, I think it was a Sesame Street 45 vinyl actually, I’m being serious though! When cassettes became prominent I do specifically remember owning Kris Kross, A.B.C., MC Hammer and Vanilla Ice, laugh if you want, they were dope!”

As for current music there are not too many at all who pass the test for Shade but in terms of UK acts he does spare a few welcome words for the Peckham rapper he mentioned around the beginning of the interview.

“As you heard me shout out earlier I really like Giggs’ work – that cat is ill on the mic and he has that voice. I’ve been parlayin with his folks trying to get us on something, our voices together is what the UK needs to be OD’n on right now!

In ‘Where I Wanna Be’ Shade, Nate Dogg and Kurupt talk about kicking back with the people who matter (and a few other things…), so what is life like in 2012 for the man himself away from the mic?

“I definitely get time to chill – career life isn’t as crazy as it was several years ago. I’ve also matured to appreciate certain things I didn’t while I was living that carefree life.

“So in my downtime I like to spend most of it with my loved ones, kinda like the hook of ‘Where I Wanna Be’ states. I like going to Lakers games and boxing matches and I can get with a good house party every now and then.

“Much love to the UK, I can’t wait to return! Until then, keep supporting…”