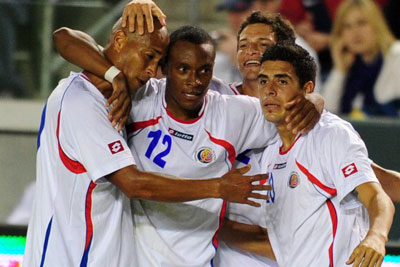 Portland Timbers midfielder Rodney Wallace’s path so far has taken him from San José all the way through to the Costa Rican national team, via a few notable junctures in the US, and music has been with him throughout the journey to this point.

The 24-year-old represents one of Major League Soccer’s newest teams in the Timbers and he and his teammates continue to negotiate the learning curve out on the field in their second season together. On a personal note his introduction to the international arena in September last year saw him score the winning goal for Costa Rica in a friendly with the United States at The Home Depot Center in California and the former D.C. United man is enjoying his progression in the game. He can be found on the left side of the pitch on game day but during the times when he is away from the on-field action music is a constant area of interest for him, which is always useful on this site of course!

“I’m into hip hop, r&b, reggae, I’m into lyrics, I look for that a lot. Right now I’m listening to a lot of MMG (Maybach Music Group), Rick Ross, Wale and Meek Mill.

“I’m a big fan of the Frank Ocean CD, Kendrick Lamar’s latest mixtape is great too. I’m a huge fan of Tyga, Lil Wayne and Drake as well, The Weeknd (a Canadian r&b artist) is another artist that I’m really into.

“Some of these artists are not a huge hit in the locker room, some of the guys aren’t familiar because they might not have Top 40 hits. Sometimes this is what I put on when I’m at home or in the car.

“However, I do enjoy the feeling when something underground or not as mainstream comes up in the locker room and the guys get hooked.’’

Although born in Costa Rica’s capital San José, Rodney moved to the US as a child and would eventually enjoy great success as a college player at the University of Maryland as an NCAA national championship winner with the Terrapins in 2008. The music heard back in Costa Rica and with the national team was a source of intrigue for me and Rodney gave an insight into the genres commonly heard.

“Growing up while I was in Costa Rica I listened to a lot of reggae; it is very popular there. Also, salsa was big of course.

“In Costa Rica (with the national team) they do their reggae and salsa thing, some hip hop on the mix.’’

Rodney’s first record owned takes us back to 1996 with one of the most revered hip-hop albums of the 90s, and more specifically, a single released from it containing one of my favourite lyrics, as mentioned in the title to this article. 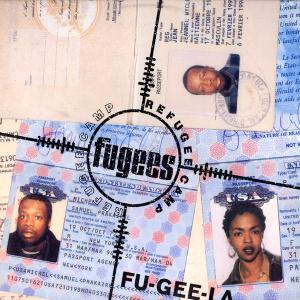 “I don’t remember the first CD I ever bought but I remember my parents buying me the Fugees. I’m still a fan of ‘Fu-Gee-La’.’’

Among the playing personnel for Portland are the Scottish duo of striker Kris Boyd and defender Steven Smith, two ex-Glasgow Rangers players known also to supporters in the UK for their spells in England. When discussing the music played when the team is together however, the three other players Rodney mentioned were a Californian, a Jamaican and a certain Cameroonian I remember well from his time at my club Sheffield Wednesday (more on him later).

“We have the team DJs! It’s usually myself or (Franck) Songo’o; we have similar taste.

“ I would say there is something for everyone on my iPod. Lovel [Palmer] jams to his reggae, [Sal] Zizzo doesn’t even have iTunes or headphones, which is weird, I’ve seen Katy Perry on his Pandora though!

“I don’t think any of my mates are into making music or anything along those lines, maybe the occasional freestyle session, but nothing serious. However, I do have a good friend of mine, Kwame Darko, that’s making his way into the music scene.

“He is a former college teammate of mine and recently dropped his first idea called ‘Beautiful Thing’. It’s very dope, very down to earth.’’

At present, Fulham forward Bryan Ruiz is the stellar English-based name in the Costa Rica team as the captain, while young San José-born Arsenal striker Joel Campbell is out on loan with Real Betis in Spain. Some time ago now however, it was Paulo Wanchope leading the way for Costa Ricans in England. The former Manchester City and West Ham United striker made headlines in April 1997 when after he and fellow national team star Mauricio Solís had signed for Derby County he scored a magical solo goal at Old Trafford in a 3-2 win for The Rams against champions Manchester United. Rodney speaks highly of the impact Wanchope has made both then and now.

“Wanchope is a legend – he’s a great guy, great mentor and coach as well. Currently he coaches the national team and he has been a big step forward.

“The team is progressing and we are making a strong push towards the 2014 World Cup.’’

After being drafted by D.C. United in 2009, Rodney made 38 appearances in total in his first season with three goals and five assists to his name before registering a further 11 games in 2010. In the Timbers’ inaugural MLS season in 2011 he arrived at Jeld-Wen Field, contributing two goals and two assists in 25 games and also becoming the team’s first player to ever score two games running. He has featured in both the left side of defence and midfield in his career so which does he prefer?

“They are different positions, one demands more defending duties and the other demands attacking and creating chances. Both are different, but I prefer to attack a bit later from the back almost being an extra midfielder.’’

This month he made his 75th appearance as an MLS player when he featured against New York Red Bulls and he also scored in a friendly with Aston Villa in July. It has been a testing campaign for the Timbers thus far as they prop up the Western Conference at present but the team defeated Vancouver Whitecaps last weekend with winger Franck Songo’o scoring the deciding goal in a 2-1 victory. 25-year-old former Barcelona youngster Songo’o is with the Timbers after three years in Spain but he represented five clubs during his time in England, the latter of which was the team I support, Sheffield Wednesday.

While on loan with Wednesday in 2008, Songo’o played an important role in the club’s survival in the second tier and he caught the eye on his debut against Queens Park Rangers with an outrageous piece of skill over the opposing player’s head. I asked Rodney what he thought to that move from Songo’o and also what he would do if he ever tried to flick the ball over his head in that way during training!

“I saw this clip, thought it was brilliant. He’s a world class player and he always brings his best to training and games.

“We are close, so I try to soak up some things from him, he pulls off some crazy stuff in training that amazes people. He would get a bit of kick from me if he tried something like that on me!’’

The Timbers this week announced that recent U.S. Under-23 National Team boss Caleb Porter, a resounding success as a coach at the University of Akron, will become their new man in charge of the team next season. Gavin Wilkinson has been in interim control and the team take on Colorado Rapids this Friday hoping to continue the momentum created in their win over rivals Vancouver. An upsurge in the on-pitch fortunes is the clear objective but Rodney assesses what he believes is unique about the Timbers and Portland the city.

“The Timbers are a close family, we are young guys but we stick pretty close with each other. There’s nothing like the summer time here in Portland.

“It’s a bit short but unreal weather, no humidity and I love the tranquility here.’’

I sometimes like to mix up the ways in which I sign the interviews off on here and this time I decided to seek an approach or quote Rodney likes to live by, and it fits in perfectly with the notion of continued progression.
“I would say the goal is never to be content with the present.’’