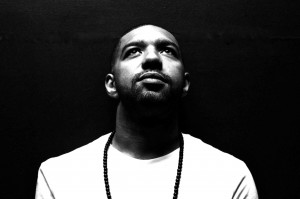 In the second part of my talk with Neil Danns, the Leicester City midfielder discusses his friend KOF, a fellow Liverpool-born musician who is rapidly emerging as one of the nation’s most exciting artists, who I also had the pleasure of speaking to.

KOF, born Kofi Owusu, has been persistently working at making the breakthrough with his music for a considerable amount of time, so it would be incorrect to label him a ‘new artist’, although there is an irresistible feel-good factor about him at the moment.

Neil collaborated with KOF on his 2010 release ‘Survive’ and there is every possibility that a hook-up on future material could be in the offing.

“We had a chat and it’s likely that we’ll collaborate in the future,” Neil said. “We’ve probably known each other now about six or seven years and he’s such a creative person and I know how hard he works.”

There is a mutual respect between the two and a tangible appreciation for one another’s talent.

“I think we met through a mutual friend who told me about Dannzy, he then recorded something and sent it over,” KOF said. “His music’s really good and unlike some footballers who maybe just do the rapping, he actually takes the time to learn the guitar as well.”

With such a diverse and eclectic set of styles and influences, defining KOF musically is not the simplest of tasks, although we can start by looking at some of the superb qualities he has in his armoury.

The songwriter and performer’s talent has been simmering at the periphery of the ‘big-time’ and acclaim has come from many, including UK artists Wiley and Wretch 32, DJs from Radio 1 and 1Xtra, Zane Lowe, Ace N Vis, DJ Target and MistaJam to name but a few.

His lyrical capability in terms of meaningful content and accomplished delivery perfectly allies the beats in his music creating a mixture that propels his sound’s quality above the average.

It is all about galvanising differing audiences and genres, defying racial and geographical dividing lines and bringing together people to enjoy the music KOF creates.

There are throwbacks to the old school as well as more modern sounds, along with underground elements, mixed with what could be considered more mainstream.

His forthcoming single ‘Looking At Me’ is released on Sunday (25th September) and provides arguably the most catchy hook of 2011, wonderfully displaying the smooth, soulful edge to KOF’s tones.

“I wrote the song about two years ago and with some of my stuff before it having a more electro feel, we just put it out there as a tester with the different sound it has. I’ve been shocked by the scale of people’s reaction to it.”

The catchy and chilled track has been met with definite approval by many and anticipation is building by the day for the release.

The storyline to the song is fairly evident in both the lyrics and the video and we had a bit of a laugh as KOF gave his take on the subject matter.

“The situation in the story is when there’s a kind of attraction between two people but there happens to be others involved. It came about from describing the situation to people and from hearing others say that they’ve had it happen to them.

“It’s about a girl giving you the eye and you thinking along the lines of ‘the fact that you’re looking at me suggests you wanna do something but you’re already with someone’! So you’re basically thinking ‘you shouldn’t be looking at me!’

“It’s a light-hearted one and the beat helps to bring the elements together.”

As well as a rendition of his own work he also opted for a mash-up of 2Pac, Nas and Nirvana in the customary covers section of the performance.

“It took a while to come up with a good cover track and it was fun, especially with the mash-up we went with. I’ve met Trevor a couple of times before and he’s a cool guy, very down-to-earth.”

The son to an English mother and Ghanaian father, KOF moved with his family to East London from Liverpool at the age of six and started to develop his talent, as well as the confidence to show it, from a young age.

Something I always ask on this site to the players is the first record they bought, and while KOF’s skills are in a very different arena, he is no exception to this!

“I think the first record I bought was that ‘do a little dance, show a little love’ song (K.C. & The Sunshine Band – Get Down Tonight)! I bought it for about three pounds and it wasn’t that I liked the song it was just so I could play something in the living room as a kid!”

Although he would eventually return to Liverpool, KOF spent a lot of his younger years in the capital and London’s music scene left its mark on him, further enhancing and expanding his love for a range of styles, a quality still shining brightly in his work today.

“It was definitely exciting to be around (the London scene). When I was in secondary school I was more into the American r&b like Blackstreet, R. Kelly and Boyz II Men, but then you had the UK garage scene for example going on which I got into heavily.”

His talent has been showcased in performances at festivals such as Glastonbury, MTV Liverpool Music Week and Malmo Festival, as well as in his earlier supporting roles for artists such as Akon, Dizzee Rascal and Lupe Fiasco.

Debut single ‘Fire It Up’ with grime superstar Wiley came out in July last year, heavily championed by top radio stations with the video aired on MTV Base, Flava and Chart Show TV.

The track ‘All Good’ with Liverpool artist Esco Williams followed and ‘So Much More’ alongside Roll Deep’s Manga and Birmingham’s Lady Leshurr is also circulating, with a video produced.

As mentioned Sweden is one of the nations to host KOF’s music at the Malmo Festival in 2009, and another more recent gig abroad confirmed the universality music potentially harbours, if the quality is there.

He has always had the singing background even with his forays into rapping and with a rap/electro vibe previously explored, KOF has signalled his intention to do a greater amount of live shows, with an EP also on the agenda for next year.

“There will definitely be a lot of live instruments on the EP, as well as a light drum and bass track where I’ve sampled ‘Turning Tables’ by Adele. It’s gonna be 100% me rather than collaborations.”

KOF was the co-founder of URBEATZ, a Liverpool-based urban music, media and youth culture company, started by his cousin and manager Yaw Owusu who is a huge part of his career and life and someone who also truly believes in the virtue of hard work.

The company is a clear positive for their home city and after discussing Liverpool’s music scene with Neil Danns in the previous interview, I wanted to get KOF’s view on it too.

“At the moment it’s better than it was two years ago. There’s been stereotypes of the music which has held us back and not enough outlets, events and radio outside the main ones.

“A lot more artists are beginning to come through who are great in terms of picking up the mic and showcasing their talent. Beyond Average, Merki and Esco Williams for example.”

While himself relentlessly promoting and performing, including a five-city tour around the country, who are some of the other artists we haven’t mentioned who KOF has been impressed by?

“Have you heard Idris Elba’s track ‘Private Garden’? I heard it and I was shocked as I’d been used to seeing him as an actor and I was hearing him with this neo-soul kind of bass, I thought it was really good.

“Also Maverick Sabre has been doing some great things, I listen to a lot of his stuff.”

With such an ever-expanding positivity radiating from KOF and his music, I have the strong belief that with the natural zest in all elements of his material, along with the vital hard-work ideology that he and Yaw especially believe in, the scene is set for his reputation to soar.

Acclaim has come from such a range of industry professionals and crucially the fans, with more and more climbing aboard as we speak.

‘Looking At Me’ is personally one of the most enjoyable tracks I’ve heard this year and I’m genuinely intrigued to see the material on the EP when it comes out in the future.

Look out for KOF, in fact you’ll find it impossible not to hear from him as he won’t be going away for a while!