Adapting to life with Kopparbergs/Göteborg FC, Netherlands forward Lieke Martens has compatriots in the team to lean on, although the chances of them repeating their on-air antics from last summer may be slim!

Since making her international debut in a friendly with China in August 2011, Lieke has become a recognisable part of the Dutch national team. Euro 2013 was her first major tournament with the senior squad and the former Heerenveen youngster played every minute of the Netherlands’ three group games.

The competition may have ended before the knockout phase for Oranje but it was an important marker in Lieke’s career. Since the tournament, the 21-year-old has moved from FCR 2001 Duisburg in Germany’s Frauen-Bundesliga to Kopparbergs/Göteborg FC in the Damallsvenskan, Sweden’s top league.

In Gothenburg, she has two fellow Dutch players as teammates – goalkeeper Loes Geurts and striker Manon Melis. While the Netherlands were taking part in Euro 2013, the players found their own way to keep it interesting off the field and it involved the very experienced right-back Dyanne Bito stealing the show each time.

“We made a joke with Dutch radio with the national team last summer,” Lieke explained. “After each game, one of us would call into a station to talk with the DJ and after each conversation the teammate that called in had to end the conversation by singing the Dutch national anthem.
“When it came time to sing, the player that had been speaking would hand the phone to Dyanne Bito so she could sing the anthem. The radio station was always surprised by how good her voice was.”

During the European Championships, Lieke would feature on the left of an attacking group containing Kirsten van de Ven on the right and Daniëlle van de Donk playing just behind main striker Manon Melis. 27-year-old Melis has scored goals with magnificent regularity in her time in Sweden with LdB FC Malmö (two spells) and Linköpings FC.

She is currently leading scorer for Göteborg with five goals and it was Lieke who played the pass for her to score in the 1-1 draw at home to Tyresö on May 14th. It was however the team’s keeper, the aforementioned Dutch international stopper, who joined Lieke for a memorable initiation performance.

“When I first came to Kopparbergs/Göteborg FC we had to do a dance and lip sync to a song. Along with my teammate, Loes Geurts, we danced and lip synced to ‘Tik Tok’ by Kesha.
“It was an interesting experience that I had a lot of fun with.”

One of the musical genres that has been referenced on a number of occasions by the players on here (and generally not for the better!) is schlager. Sweden’s Nilla Fischer, Ireland striker Fiona O’Sullivan, Norway forward Ada Hegerberg and former New Zealand captain Rebecca Smith are some of those who have experienced it from playing their club career in Germany, and Lieke, who left Duisburg at the end of last year, is another.

“I cannot think of any players in particular but I do not like when schlager music comes on when I am trying to get ready for a game. Most of the time, my teammates in charge of DJing play music to get the team pumped up, which includes electronic dance music and techno.” 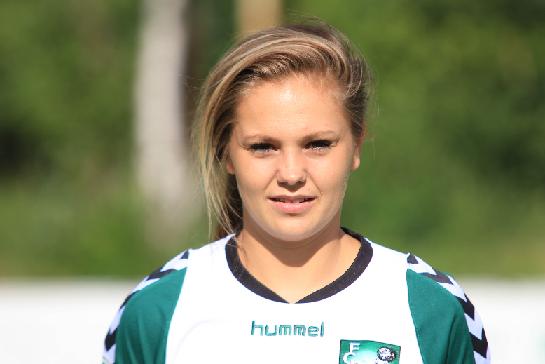 Lieke has 7 goals for the Netherlands in her 36 caps so far and at domestic level she played for VVV-Venlo as a teenager before moving to Standard Liège in Belgium. Dutch music has featured fairly infrequently in the interviews on here but Liverpool Ladies defender Corina Schröder did bring up one from the archives in half-English, half-Dutch 90s boyband Caught in the Act.

The CD Lieke recalls as the first she ever bought is not quite as spectacularly nostalgic as that, but at least she had plenty of songs on it to choose from!

“When I was 11, I got my first CD, ‘Hitzone’, which is the monthly new top hits in Holland.
“I do not have a favourite artist but I really enjoy Beyoncé. I mostly like top 40 hits, like what you hear on the radio.”

It goes without saying that Beyoncé is an extremely popular choice for playlists in team dressing rooms, as well as on karaoke. The former Destiny’s Child lead singer would also be Lieke’s choice should she ever decide to record a cover version of a song with one of her career teammates. She opted to name a one-time VVV-Venlo colleague and national team defender to sing it with her.

“I would do a cover of Beyoncé’s ‘Single Ladies (Put a Ring on It)’ with Kika van Es.”

A player who is most typically utilised out on the left or as a central attacker, Lieke made a big impact in the 2010 UEFA Women’s Under-19 Championship in Macedonia. The Netherlands reached the semi-finals but were beaten by England on penalties. Lieke put away her spot kick in the shootout and was the tournament’s joint-top scorer with four goals, alongside Germany’s Turid Knaak.

Her elevation to the senior team was not far away and she is now out to help the Dutch side reach the FIFA Women’s World Cup for the first time. Coached by Roger Reijners, the Netherlands currently lead the 2015 qualifying group after eight games, although Norway are a point behind with two games in hand.

After reaching the semi-finals of Euro 2009, last summer’s tournament was much less of an adventure for Oranje. The Netherlands’ group contained two teams in Norway and Germany who would go on to contest the final, as well as Iceland who made it through to the quarter-finals as the best-ranked third-placed team.

Lieke played every minute as the Dutch drew 0-0 with eventual winners Germany and lost 1-0 to Norway and Iceland. The Euro 2013 journey for Lieke and the team ended with the final whistle in Växjö as they were beaten 1-0 by Iceland.

She is now set on creating much better on-field memories of Sweden and her first goal for Göteborg came in the 3-1 win at home to Kristianstad on April 22nd. After eight games of the Damallsvenskan season, the 2010 and 2011 runners-up are placed 9th out of the 12 teams in the league.

A 5-0 defeat at early leaders FC Rosengård at the weekend included a hat-trick from German international Anja Mittag but Norway defender/midfielder Maren Mjelde is set to join the team upon the conclusion of her Frauen-Bundesliga season with Turbine Potsdam.

There are plenty of challenges ahead for Lieke and her teammates to get to grips with but she has already found much to be happy about since her arrival in Gothenburg. Having one of the world’s best-known places for rollercoasters and other amusements nearby has also given her some definite satisfaction.

“So far I have found Sweden to be very welcoming. I enjoy the people, the culture, and the city.
“I have really enjoyed going to the local amusement park, Liseberg, which is located only a few minutes away from my apartment. The language is not that easy to learn, but I am fortunate to be able to communicate with people in English.” 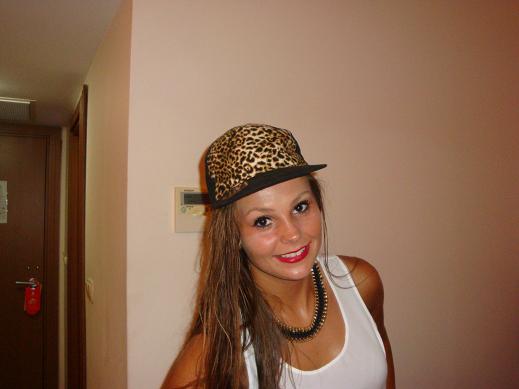 With two wins, four draws and two defeats from Göteborg’s opening league games in 2014, Lieke’s immediate concern is helping them climb the table towards title contention. Away from playing, there is nothing out of the ordinary when it comes to her interests and she devotes much of her time to social activity.

“I like to go shopping and hang out with friends and teammates outside of football. Right now, my main focus is on achieving as much as possible in my football career.”

Although she does not turn 22 until December, Lieke already has international tournament experience and has played for clubs in two of the world’s most prominent women’s leagues in Germany and Sweden. As all players on here are asked to, she put together a 5-a-side line-up of the best she has played on the same team as in her career so far.

This question puts the player into the team so we are looking for four of their teammates to go alongside them. Lieke selected a line-up that is as patriotic as Dyanne Bito’s version of the Dutch national anthem!

“Loes Geurts – she is a goalkeeper with footballing qualities and a good line keeper. Kika van Es – she is a defender who not only defends well but is also strong in the offensive part.
“Daniëlle van de Donk – she is a midfielder with a great insight and game concept on the pitch, and scoring ability. Manon Melis – with her speed she is hard for each defender to defend against and she scores easily.”