Spending four years with Bolton Wanderers in the Premier League, the North West became home for ex-Iceland defender Gretar Steinsson, and his idea for a unique reunion with one of the club’s old favourites would certainly capture the imagination of many.

An AZ Alkmaar player for two years under Louis van Gaal, Gretar left the Eredivisie side for Bolton in January 2008. Joining Gary Megson’s team for £3.5million (eventually rising to £4.5million) after Nicolas Anelka had left for Chelsea for £15million, the right-back went on to make 138 appearances for the Trotters, scoring six goals.

The last of the five Premier League seasons he played his part in was to culminate in relegation for Bolton and he was one of 15 players let go by manager Owen Coyle in 2012. Experienced names such as striker Ivan Klasnic, forward Robbie Blake, and defender Paul Robinson were also released and so too was an extremely popular Jamaican international, leaving The Reebok Stadium after 14 years.

Music is rarely far away from football in some way and linking the two is how the interviews on this site work. Given his choice of every teammate he had in his career to record a cover version with, Gretar would collaborate with Bolton’s 2006 Player of the Year.

“I would step out of my comfort zone and record a rap/reggae song with Ricardo ‘Bibi’ Gardner. He’s published and produced songs so I would not trust anyone else to do it.”

After leaving Wanderers at the end of the 2011/12 season, Gretar represented Kayserispor in Turkish football’s top division, the Süper Lig, before retirement in 2013 at the age of 31. Prior to joining Bolton, he had actually had a trial at the club during Sam Allardyce’s tenure. When he finally got his opportunity with the Whites he joined the list of his compatriots to have worn the badge – ex-defender and club captain Gudni Bergsson, forwards Eidur Gudjohnsen and Arnar Gunnlaugsson, and target man Heidar Helguson who was there at the time.

Gretar managed to endear himself to supporters and those at the club during his stay with Bolton and while with AZ in Holland he made sure his colleagues sat up and took notice too, with a particularly memorable performance.

“What people don’t know is that I’m a big fan of karaoke and when I suggest to people that we should go they think I’m joking. I’m not.
“The first CD that entered my house was Meat Loaf ‘Bat Out of Hell’, I think. I performed ‘Paradise by the Dashboard Light’ on stage with a band after one of my first European home matches with AZ Alkmaar.
“I don’t think everybody there knew who I was when I jumped on stage, grabbed the microphone and sang the whole song. My performance was very rock and roll, with all the necessary rock and roll moves.
“I’m a big fan of acoustic music; I have tried for years to learn how to play the guitar, with little success. All my friends play guitar and a few of them are really good at it.”

Bolton built up a considerable following in Iceland thanks to the national team players who turned out for the club in the 90s and into the 2000s. One of them, the aforementioned Heidar Helguson, was recruited from Fulham in 2007 and he told Gretar he would be crazy not to sign for Wanderers.

Before relegation to the Championship in 2012, the club had 11 years back in the top flight and there were masses of international players, some highly notable, who signed during that spell. Gretar remembers two of them for the most different music tastes he encountered. One was a Croatian who made his name as a goalgetter in Germany, and the other a Bulgarian who was capable of wing wizardry at his best.

“I think I’ve always played with players with good music. Ivan Klasnic with his Croatian music and Martin Petrov with his are probably the closest to bad music, but I blame that on the foreign language.”

Growing up in the village setting of Siglufjordur, Gretar would of course go on to play for Iceland. His debut for his country came while he was still a teenager, as Iceland took on Brazil in March 2002, four months ahead of Luiz Felipe Scolari’s team’s World Cup triumph.

Brazil were 6-1 winners that day in Cuiabá with future World Player of the Year Kaká among the scorers. Iceland’s scorer was none other than Gretar and he added a further three goals in his 46 caps over the decade that followed.

En route to featuring at the highest level in England, Holland, Switzerland and Turkey, Gretar experienced the other side of the footballer’s lifestyle. Having received his opportunity with 18-time champions of Iceland, ÍA Akranes, he lived in a family’s converted garage while with the club, and he was more than happy with his surroundings.

The former BSC Young Boys player made himself similarly at home when winding down after games with Bolton at the Reebok, with music helping him to settle in these situations.

“The match performance analysis team put together lists to play before games and there was usually no need to change the lists. I was always the last one to leave after home games and then I could put some relaxing music on while in the ice bath.” 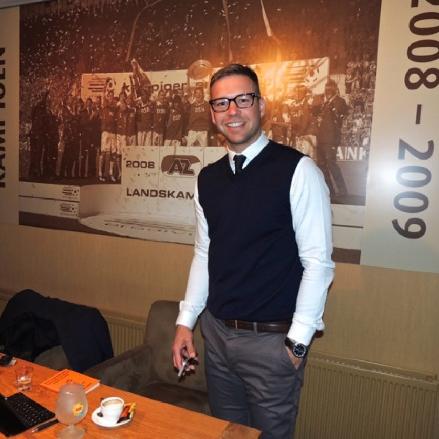 One of Gretar’s standout individual moments with Bolton came in August 2008 as his swerving effort (however deliberate it may have been!) at home to Stoke City beat keeper Thomas Sorensen and went in off the woodwork for a spectacular-looking finish. Stoke were also the opponents as Gretar played at Wembley in front of 75,064 in the 2011 FA Cup semi-final, although the game went the way of the Potters 5-0.

A throughput of Gretar’s countrymen ended up joining Stoke in the years that followed the takeover of the club by Gunnar Gislason’s Icelandic consortium in 1999. He could have joined the likes of midfielder Bjarni Gudjonsson at the Britannia Stadium but decided that a move to Staffordshire at the time, with the club down in the third tier, was not the switch he needed.

Ahead of his moves abroad, Gretar had a pretty interesting grounding in team spirit back home, as he explains!

“ÍA Akranes’ old team parties always had a guitar involved with Irish folk songs and more recent ones as well. On a pre-season tour with the team, the rookies had to have a sing-off.
“One of the judges said in one of his comments after a player performed that he could have sounded better singing with his asshole. I don’t remember the performance or the song but it must have been bad!”

It was not until Gretar was 23 that he became a full-time professional player and the fact he has been retired since last year despite still being only 32 certainly may be a surprise to some. However, he was clear on the direction in which he wanted to go and his travels recently have included spending time with his ex-AZ coach, the Manchester United boss in waiting, Louis van Gaal, and his Dutch national team.

“I always had in the back of my mind what I would do after my retirement and having played in Europe witnessing the continental way of running a football club interested me. Playing in England as well makes me certain that model will in time be successful, when people’s fear and lack of understanding for the role of a sporting director disappears.
“I have travelled around the world over the last 18 months to meet different clubs at different levels to gain understanding of their way of running a club, as well as starting my Football Management studies.” 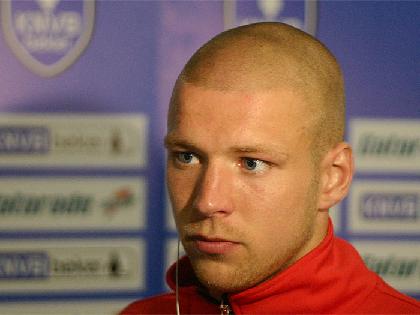 As is frequently stated, a successful player will not always make a good coach or manager. There are however many who have been able to pass on their experiences in the professional game to those making their way up and Gretar feels he can do the same.

Besides van Gaal, he was impressed in particular by two accomplished former players he worked under at Kayserispor. One was the former Ajax and Rangers striker Shota Arveladze, a teammate of Gretar’s at AZ, and the other was his successor at the Turkish club, the former Barcelona and Real Madrid midfielder Robert Prosinecki.

“You could write a book about what you learn in a career about football. You grow up from being this overconfident superhero that is unstoppable into realising it’s actually a tough profession when you reach a certain level.
“I had so many players that took their time to help and guide me through my career and I’m glad I kept good contact with many to create a great network for the future. It’s easy to figure out which players in a dressing room will make a career after football.
“Regarding coaching, it’s easy to say who influenced me the most – Louis van Gaal. From teaching tactics to off-the-field work ethic that I have used after my career finished.
“The coaches I had in Europe like van Gaal, Shota Arveladze or Robert Prosinecki were managers where it was all about problem solving where players feel involved and not only learn about the game but understand it better. Even though you watch 200 games a year it does not mean you understand the game.”

Supporters and those who observe football as a profession will always have their opinions on certain players and their respective attributes. However, hearing from those who have worked closely with such players often gives a much more intriguing and revealing insight.

That has been the aim with this regular last question since I introduced it; to get the inside track from players on their teammates. Gretar is the latest to take this one on and for anyone unfamiliar it works by the interviewee putting themselves into a 5-a-side team and selecting four of their best career teammates to join them.

As Gretar named two fellow defenders he is likely to have to be his team’s starting substitute!

“Sergio Romero – Argentinian number one goalkeeper who currently earns his trade at Monaco (on loan from Sampdoria). He is the best keeper I’ve ever seen and takes being a lunatic to the next level!
“(Defender) Gary Cahill – everyone at Bolton knew that he would reach the top and it was incredible that he left Bolton fighting for relegation to become a Champions League winner (with Chelsea in the 2011/12 season).
“Andy O’Brien at Bolton – not only a great defender with an amazing career but also the nicest man I’ve met. Always putting other players’ need ahead of his and always highly respected by his teammates.
“(Midfielder) Mousa Dembélé at AZ – I always knew that Mousa was never a striker and I’m pleased that he now gets to play that position. In my opinion, the Premier League’s best midfielder when he realises that he’s better than he thinks.
“(Striker) Daniel Sturridge – I’ll put Daniel in ahead of Eidur Gudjohnsen, Shota Arveladze and the Swiss legend Stéphane Chapuisat, purely because I underestimated him before he joined. Players thought we were getting an arrogant showboat but we got a fantastic guy who without a doubt deserves all the success he has had over the last two years.
“He will within a few years become one of the world greats if he keeps improving.”