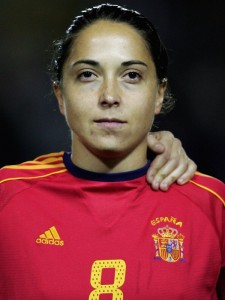 There is an undeniable feeling of togetherness, enjoyment and focus at Bristol Academy WFC and one player at the high-flying FA Women’s Super League side who shares this in a multitude of ways is their adept and esteemed Spanish forward Laura del Río.

After the United States’ elite female football division, Women’s Professional Soccer, folded in early 2012, former AD Torrejón youngster Laura, who had lastly been with Philadelphia Independence, needed to choose wisely with her next move. The Madrid-born striker was looking for a team that could give her what she needed from a career perspective but what she found in Bristol Academy was a place and set-up she would be able to take to heart.

With a sensational goal record at international level of 40 in 39 appearances for the senior Spanish side and experience of the Frauen Bundesliga with the reputable 1.FFC Frankfurt, Laura was certainly a known quantity to those in the game when she left the US. She joined up with Bristol Academy, who had finished 5th in the inaugural FA Women’s Super League, and did not take long to find her rhythm on the field. Her seven goals last year and all-round contribution to the Vixens were highly significant reasons why the team were able to achieve 4th place. It was therefore understandably music to everyone’s ears when she extended her stay at Stoke Gifford Stadium into the 2013 campaign and she is revelling in this chapter of her story with this season’s FA Women’s Cup finalists.

“Well, I feel really happy. I’m doing what I want which is playing football, we have a very nice team and I’m very excited for each game.
“Most I enjoy the team, the coaches, everyone here is very nice. They make me feel very happy, they make me feel important, and they always ask me if I need anything.’’

In February, Laura’s compatriot and Tyresö FF attacker Vero Boquete did an interview of her own for this site and one of the details she discussed was how songs in English can make a difference in how well she manages to grasp the language. Laura can identify with this but unlike her friend and one-time Philadelphia Independence colleague she prefers to put the sounds from her homeland to the side!

“My favourite style of music is r&b, I like Rihanna, Usher. Not really the Spanish music, I prefer English and American.’’

Laura, 31, was a W-League Central Conference winner with FC Indiana in 2008 and spent two spells with Levante UD back home, finding great form in front of goal ahead of her switch to the US. People draw upon music and its magic at so many different moments and for Laura it provides release and respite from taking the game to opposition defences.

“I like music a lot, it makes me relax and with the pressure of games I can go away and spend time listening to music so it’s really good for me.’’ 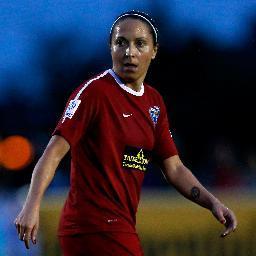 It is fair to suggest that the kind of genre Laura mentions as her least favourite is somewhat removed from that of the female vocalist she names as the first artist whose material she ever purchased. The performer in question originates from Ravenna, Italy but she also branched out into targeting Spanish audiences with her work.

“I don’t know the name but the worst for me is the ‘boom boom boom’ music! The first album I bought was one by the Italian singer Laura Pausini.’’

Also a former Boston Breaker in her days in the WPS, Laura set up teammate Natasha Harding for the second goal in Bristol Academy’s victory at Birmingham City last night. The 2-0 win took the Vixens to joint-top of the WSL with Liverpool after five games and Welsh international striker Harding will feature on here this week too. She is someone who is entrusted with the task of being the changing room DJ, a prestigious honour at any club and a role in which only the strong survive! Laura also had a word for her singing and that of talented young midfielder Lucy Staniforth, who begins the comeback from the ACL injury she suffered in the FA Women’s Cup final late last month.

“Always Tash (Harding) has the music playing on the iPod. We listen to everything, a lot of Rihanna.
“The bad singers (from Laura’s career teammates) were the ones at Levante! The best are here – Tash and Lucy (Staniforth).’’

An ex-CE Sabadell player, Laura’s 45 goals for Spain at Under-19 level in only 25 appearances were the precursor to her sparkling form for the senior team. She was pivotal in getting Bristol to the final of the FA Women’s Cup this year with a decisive penalty in the 3-2 victory over Everton in the last eight. In the semi-final at Ashton Gate she also netted, scoring the second goal in a 2-0 win against Lincoln, but can she back up her footballing prowess with note-perfect singing in front of her teammates?

Joining Laura on the scoresheet in those aforementioned cup encounters was Natalia, the former Rayo Vallecano striker who was relentless in her native league scoring over 300 goals and winning three Spanish Superliga titles and the Copa de la Reina. Natalia has made an emphatic start to her Vixens career and she scored for the seventh time this season in Wednesday’s win at the previously unbeaten Birmingham. Manager Mark Sampson garnered some attention for making a reference to Swansea City’s Michu when describing her ability and Laura told her great things about the club before she joined. So far, fortunes have been shaping up incredibly well for Natalia, and Laura confirms the current happiness of her friend.

“She really likes it here, she loves Bristol, the team, everything.’’ 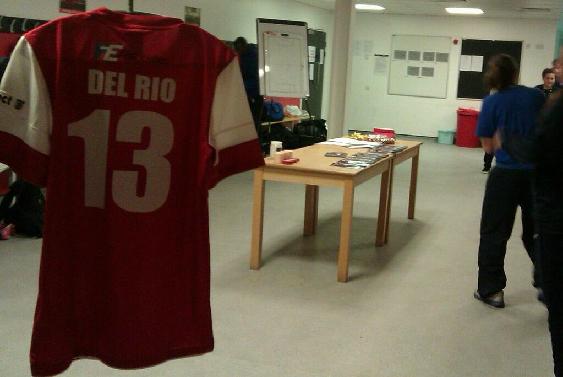 Prior to the win over Birmingham, Bristol had been briefly rocked by their first WSL defeat of the season last Thursday. It was a 3-2 loss at home to Arsenal, their third to the Gunners in 12 days following clashes in the FA Cup final and the Continental Cup. Vixens defender Grace McCatty’s dismissal was considered slightly harsh but the positives included the second-half fightback, Natalia’s goal, Corinne Yorston’s penalty and Siobhan Chamberlain’s spot-kick save from Arsenal’s Kim Little.

A crowd of 1064 turned out for the match and for a women’s game that keeps moving upwards this was undoubtedly commendable, especially for a Thursday night. A lot of efforts and initiatives to capture the imagination and interest of people have been implemented by the club and there is a very tangible sense of community amongst the Vixens’ fanbase, staff and playing personnel. Laura was impressed by those at the club who offer to help her out if ever she needs and she is similarly enthused with the selfless nature of the playing side.

“I think it is so great here because we are a team and we work for that, not for the pleasure of individuals. It’s always for the team and not yourself.’’

Arsenal Ladies have exerted a largely unmoveable grip on the women’s game in this country with masses of titles and cups in the last couple of decades. However, the 4-0 defeat at the Emirates Stadium to early pace-setters Liverpool in early May cannot have failed to give the other WSL teams, including Bristol, plenty of optimism. Compared to the other leagues she has taken her pace and technique into, Laura hails the unpredictability of the WSL division.

“It’s better here than in Spain. I think the game is played a little slower here than in the US but the good thing is that there are eight teams at a really close level.
“You never know what is going to happen with each game, you could be last or top and that is what makes it so exciting.’’

This Saturday, the Vixens are back on home soil as they host Lincoln at Stoke Gifford Stadium and although Laura is still clambering towards full fitness she has consistently displayed examples of the kind of creativity that makes her a dream to play alongside. She took on the last question of the interview and named the four career teammates she would select in a 5-a-side team with her. In goal is someone who has won two World Cups, playing behind a Spanish international who is still representing Levante at 36. It is across the Atlantic for the attacking players in the line-up and there is a legendary ex-US midfielder, with Canada’s outstanding forward talent leading the line.

“The German goalkeeper I played with at Frankfurt – Nadine Angerer. The defender would be Maider Castillo who I played with at Levante.
“The midfielder – Kristine Lilly. For the striker – Christine Sinclair.’’