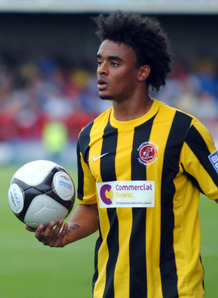 League Two newcomers Fleetwood Town’s Junior Brown has been experiencing progression in all areas of late by moving forward on the pitch positionally, scoring goals and reaping the rewards of a new approach to his health and well-being. The former Crewe Alexandra youngster wants a continuation of the positive aspects and he offered an insight into the elements of his character, with music frequently called upon to accompany him throughout his life and career.
The 23-year-old had a fleeting taste of the Football League as a teenager when making his professional debut for his hometown club in Crewe’s League One defeat at Brighton in 2008. After time with fellow Cheshire side Northwich Victoria, Junior moved to Fleetwood in 2010 and despite injury disruption he became a Conference champion last season with The Cod Army. Originally a left-back, he has moved into a midfield role in the early part of this season and has shown how he has acclimatised with 3 goals in 8 games so far. Micky Mellon’s team are in the play-off places of League Two at this early stage and Junior discussed his feelings on the form, but as a player some neutrals are perhaps still learning about I found an instant glimpse into his persona via his love of music.
“It’s amazing how much music can capture you and bring about emotions. Music is a major part of my life, I do my greatest thinking in my car on my own listening to music or while I’m reading.
“Music and words just have a way of broadening the mind and helping you to think through situations.’’
The musical foundations of a person can have a lasting impact on their appreciation for different styles as they grow older and this is most certainly true with Junior.
“Growing up, my music taste was massively influenced by my Dad and his love for all genres of music. I can remember sitting around in the front room with actual records playing, not like now where all the music I have is digital.
“Things like The Who, The Buzzcocks, David Bowie, Jacko (Michael Jackson) and Metallica were just a few of the many bands I listened to alone, and the great Bob Marley. When I started to spread my wings I developed an even greater taste for all things musical, listening to things from heavy metal, r&b and rap, to classical music.
“’R’ by R. Kelly was the first album I ever bought myself and I listened to it religiously for months.’’ 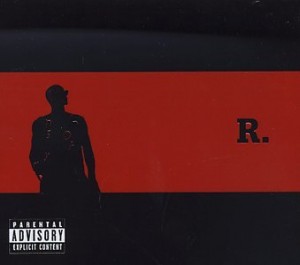 The genuine diversity in Junior’s selections is in evidence with his current listening choices, as two of hip-hop and r&b’s biggest current names are cited alongside an American singer who left an influential collection of work despite his death in 1997 at the age of just 30.
“The most recent tunes I purchased are Rick Ross’ (album) ‘God Forgives, I Don’t’ and Trey Songz’ ‘Chapter V’. My main musical love at the moment is Jeff Buckley – this guy has a voice of epic proportions and his passion for music is felt in every song.’’

Junior’s affection for music is abundantly clear but it could be suggested that some of his Fleetwood teammates have yet to display the same kind of appreciation through their changing room sound choices!
“The music in the dressing room is a little dead to be honest, the Scouse lads think they have a bit when it comes to musical choice but it remains to be seen! In fact, I only think they have three or four track choices, I choose to do my own thing.
“The fitness coach however has switched it up and pulled out some classics lately which has been a good change.’’
This is Junior’s third season at Highbury Stadium and when he was required to sing in front of the team as a new player he chose to go with one of the more talented voices to come out of UK music in the modern era, and someone who can feel hard done by for the fact that many now associate him more with the programme ‘Bo Selecta’!
“The inaugural initiation was an interesting one. I chopped and changed my mind for days over what to sing and at the last minute I hit the lads with my own rendition of Craig David’s ‘7 Days’.
“If I’m honest I loved it, it was one of my best performances. If you were to see me on my own in the car on the way to and from training you would know that I try to put on the best performance possible for my spectators no matter what.’’
With regard to the day-to-day duties, Junior has been part of a Fleetwood team in the opening weeks of the campaign who have taken 14 points from their first 8 fixtures in League Two. They currently occupy 5th place in the division and were bolstered over the summer by captures including former Northern Ireland international midfielder Damien Johnson, ex-Derby defender Youl Mawene and frontman Jon Parkin following his release from Cardiff City. Junior was initially deployed as a left-sided defender but has enjoyed his conversion to a more attack-minded midfielder and is revelling in a long-awaited injury-free run.
“It’s been good, my first two seasons at Fleetwood were overshadowed with injuries meaning that I was restricted in the amount of appearances I made, making this the first season I was available to start the season. On a personal level I have been moved into a more advanced role on the left-hand side and I’m really enjoying it.
“Obviously scoring goals is fantastic, not only for me but also for the team and long may it continue. As long as I’m producing good performances for the team and fans then I’m happy.’’
Teams who gain promotion to League Two can often take their winning momentum into the next season and Crawley were the latest example of back-to-back promotions last time around, now plying their trade in League One as a result. The ambition at Fleetwood is obvious and although Junior recognises the challenge ahead he sees no reason why a promotion campaign should be ruled out.
“It’s a difficult one, this is a funny league as you know, teams take points off each other and even though Gillingham and Port Vale appear to be the teams to beat that can all change. We’re a team new to this league and we lack experience like them, but one thing we have is a great togetherness and work ethic and desire to win and that will hold us in good stead for the rest of the season.
“I think we will be there or thereabouts and as a group we expect nothing less.’’
This summer saw the arrival at Fleetwood of a left-back who enjoyed two highly successful years with Crawley. The man in question was mentioned by midfielder Manny Panther in his interview on here last year and Junior credits the same player with opening his eyes to a better way of living.
“Well the biggest change in my life (since promotion) has come because of the signing of Dean Howell. He’s a vegan and has his own company called Revolution Foods, and after speaking to him I decided to give it a try and got involved in the whole nutrition thing.

“I increased my intake of plant-based produce and powders to help improve my recovery and general well-being and it’s this new more focused diet that has seen me improve not only physically but mentally. It has resulted in some drastic self-improvement as a football player and person.
“Other than that life is still the same for me, I’ve just realised that in order to progress dedication is key.’’
The objective for Junior is to keep his and Fleetwood’s fortunes going in an upward direction but when asked to pick his 5-a-side team (including himself as one of the prerequisites) of the best he has worked with in his career so far he already had a very useful line-up at his disposal.
“Goalkeeper – Owain Fon Williams. Owain is a top guy who I spent a lot of time with when I was at Crewe and is a top class keeper, and Tranmere’s results reflect that.
“Defender – Alan Wright. His achievements speak for themselves, he’s played at the highest level and his quality is ridiculous.
“When I joined Fleetwood he shared his knowledge and helped improve me as a player which I am very grateful for. Midfielder – Joey Barton (who had a high-profile training stint with Fleetwood this summer).
“Once again his quality speaks for itself, a really nice guy who’s misunderstood because of a few mistakes but someone who gave me some guidance in the small time he was with us. Striker – Jamie Vardy.
“Well he’s Superman, the kid is blisteringly quick and his eye for goal is ridiculous. He’s also a top bloke too.’’