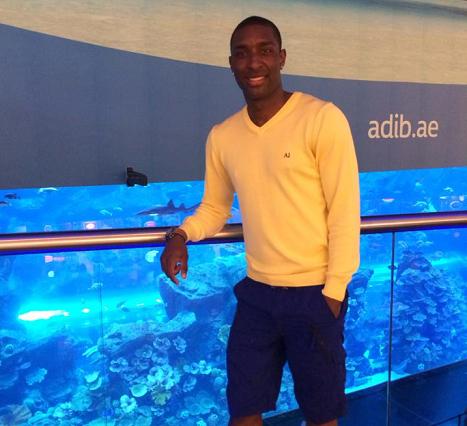 Featuring in 11 Premier League seasons, former Aston Villa and Bolton Wanderers left-back Jlloyd Samuel amassed 240 games in the top flight and even once earned a place in the England squad, although the surroundings in which the past few years have played out for him would have taken quite some predicting.

Although born in Trinidad, Jlloyd was one of the homegrown players to emerge at Aston Villa around the turn of the century, as the likes of Gareth Barry and Darius Vassell also went on to carve out careers at the highest level. Raised in London, he represented the famous Senrab youth club – responsible for harnessing the talents of Ledley King and John Terry at the same time as Jlloyd – as well as West Ham United and Charlton Athletic.

It was John Gregory who gave the youngster his professional debut at Villa, but under the management of the returning Graham Taylor he would begin to properly make his way as a Premier League performer. At the high point of the 2003/04 campaign, in which David O’Leary led the club to 6th, Jlloyd received a call-up to Sven-Göran Eriksson’s England squad for a friendly with Sweden.

That senior cap eluded him but in 2007 a switch to Bolton Wanderers materialised, ultimately taking the one-time St. Joseph’s Academy player beyond 200 appearances in the top division. Concluding his stay in the domestic game with a loan at Cardiff City in 2011, Jlloyd departed Bolton that summer but few, if any, could have seen his next port of call coming.

Following trials with Leeds United and former club West Ham, he was to head a little further east than Upton Park, signing for Tehran-based Esteghlal in the Iranian Pro League. It was a move to what remains a decidedly unfamiliar setting for British players but unlike so many who return home from foreign leagues after a relatively modest amount of time, Jlloyd made the venture last.

At Esteghlal, where he got to link up with a former Bolton counterpart in Iran midfielder Andranik Teymourian, Jlloyd won the Pro League and also competed in continental club competition for the first time since the UEFA Cup in his Bolton days.

“I’m always open to different challenges and this was a huge test which many would not have taken on,” he explained. “I played in the Asian Champions League, which was a great experience.”

“It also helped me reinvent myself in another part of the world.”

Another English player to make the grade at Villa Park was midfielder Lee Hendrie, who discussed music and football on here in May 2013. Once a teammate of Jlloyd’s, he picked out the one-time Villa number 3 as a player he remembers from that era for having a big say when it came to the changing room music.

“Yes I was team DJ most of the time. I played a mix of hip-hop, dance and even indie tunes, so I always made sure everyone had a track they liked.”

With music a considerable area of interest for Jlloyd he has thankfully found the offerings in his adopted surroundings of Iran to his taste during the last few years.

“I actually like all types of music; from hip-hop to Iranian music. My favourite tracks were from people like Shalamar, Ja Rule, Joe, Usher, and of course, Michael Jackson.”

Now 34, Jlloyd was born in San Fernando and despite representing England at Under-21 level and getting a senior call-up it was with Trinidad and Tobago that he would ultimately make his full international debut. His first game for the Soca Warriors was the loss to Honduras in September 2009 – opponents who were to compete in the FIFA World Cup the following year.

The Caribbean is of course extremely closely connected to music but despite his heritage there was definitely an absence of Trini vibes on the first CD Jlloyd ever had!

“My mum actually bought me one by Mariah Carey. I know it sounds a bit girly but that’s the truth.”

Although his first-team debut had arrived a couple of years beforehand, Jlloyd started to find more opportunities for Villa during the 2001/02 campaign. After a loan spell with Gillingham in Division One in October 2001 he returned to his parent club, who had a signing from Racing Santander by now in their defence. This Swedish international, who went on to establish an undeniable bond with the club’s supporters in his seven years in the Midlands, stands out for Jlloyd when he casts his mind back over the teammates he had with slightly alternative track choices, as does a certain former England goalkeeper.

“For me, David James and Olof Mellberg were probably the ones who had their own style of music.”

In former Leeds United manager David O’Leary’s three years in charge of Villa, Jlloyd featured frequently and scored his first Premier League goals against Charlton (both home and away) in the 2003/04 season, also netting in the League Cup semi-final that year as his future club Bolton edged Villa out over the two legs. Martin O’Neill’s arrival as O’Leary’s replacement in August 2006 signalled a number of changes for the club and it was to be Jlloyd’s final year as a Villa player.

In the January transfer window that season, Czech Republic striker Milan Baros left for Olympique Lyonnais, with towering Norwegian frontman John Carew moving in the opposite direction. O’Neill also brought in a young winger who had been impressive for Watford on their way back to the Premier League and Jlloyd recalls the current Manchester United man, along with the aforementioned Carew, for a performance he delivered to the team soon after he joined the club.

“Ashley Young and John Carew. Ashley was OK, he was singing a slow r&b song, but John sounded like he was crying.”

Jlloyd was the first of those signings and had four years with the Trotters, also working with managers Gary Megson and Owen Coyle during his stay with the North West side. While the former of those was in charge, Jlloyd played in the UEFA Cup as they eliminated Atlético Madrid (Sergio Aguero was sent off for the visitors in the first leg at the Reebok Stadium) and also had another season (2008/09) in which he was ever-present in the Premier League after playing all 38 games for Villa in 2002/03 and 2003/04.

For the final weeks of the 2010/11 campaign, he linked up with a Cardiff City side containing much top-level experience, with forward Craig Bellamy the standout name in the ranks in his season back home on loan from Manchester City. The Bluebirds were strongly backed for promotion from the Championship but in what turned out to be Dave Jones’ last year in charge they eventually missed out on the automatic places and had to settle for the play-offs.

Jlloyd appeared seven times and started in the semi-final second leg with Reading as Cardiff were beaten 3-0 at home and denied a play-off final with arch rivals Swansea City at Wembley. Considering he wore the colours for four clubs before his move to Iran, did Jlloyd ever have to announce himself with an initiation routine anywhere?

“I actually got away with singing any songs, but if I did, it would have been an Usher song.”

On the night of Jlloyd’s professional debut against Chester City on September 21st 1999, Villa had a wealth of know-how in the side, with the likes of defender Gareth Southgate, midfielder Ian Taylor and striker Dion Dublin down the spine of the starting eleven. 18-year-old Jlloyd came on for fellow teenager and future club captain Gareth Barry after 51 minutes of the second round second leg tie at Villa Park with over 22,000 in attendance.

Lee Hendrie had scored in the 1-0 win at the Deva Stadium in the opening leg and he was on target twice in the 5-0 victory on this occasion. One of the other homegrown players to feature in the claret and blue on the night was a forward who, besides his appearances for England at World Cup 2002 and Euro 2004, has been known to show off his creative side on the guitar.

Whether instrumental ability would be needed on this r&b track is a different matter, but the ex-Manchester City player was the one Jlloyd opted for when asked who he would collaborate with on a song cover if given the option of any of his career teammates.

“It would have to be Darius Vassell and we would sing a Jagged Edge song.”

It is fair to suggest that Jlloyd’s time in Iran handed him a fresh outlook on various matters and besides the Pro League title with Esteghlal he also had a Hazfi Cup success to celebrate with the club, scoring in the shootout win over Shahin Bushehr in 2012. Last June, he stayed in the capital city Tehran but moved on to Paykan, a side who had just been promoted to the top division, and despite certain difficulties in his stay in Iran, including a payment dispute with Esteghlal, he has expressed his liking for the country and gratitude to fans on numerous occasions.

Now departed from the country ahead of his next step, Jlloyd has plenty to pass on from his experiences and much to share in particular with his daughter Amara and two sons Javarne and Lakyle, with the latter at Manchester City’s Junior Academy. However, if given the opportunity to dispense his wisdom in a conversation with the Jlloyd Samuel who was just starting out in the game, would he have anything specific to say to the younger version of himself?

“Yes, I probably would have dedicated more time to yoga at a younger age and listened more to older pros.”

Although a few teams’ line-ups have included Jlloyd in the time since, Villa was where he received his introduction to the professional game and it was an era of memories to savour. Villa favourites to have discussed music and football on here in the past include aforementioned midfielders Ian Taylor and Lee Hendrie, as well as former Colombian striker Juan Pablo Ángel, and the significance of their respective stints with the club were reflected in their responses to this regular final question.

In the last few years, players from various clubs and countries have been asked to conclude their interview by putting themselves into an imaginary 5-a-side team and selecting anyone they have played alongside in their career to fill the remaining places. Understandably, when it came to Jlloyd’s line-up choice there was always likely to be a strong Villa influence, and so it proved!

“Keeper: Peter Schmeichel – no words need to be said. Gareth Southgate – a great leader on and off the field.

“Gareth Barry – technical and can play everywhere. Darius Vassell – quick, strong, tricky and can shoot with both feet.”

To keep up-to-date with each of these interviews, follow me: @chris_brookes