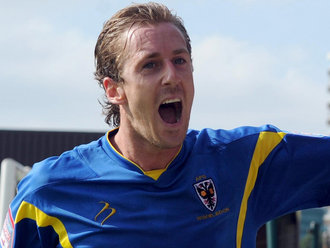 It is fairly commonplace for teams to hold some form of initiation for new players, having to sing in front of your new teammates is a popular one, and AFC Wimbledon goalscorer Jack Midson relished this challenge.

The 28-year-old signed for the Dons in the summer for their inaugural Football League season after leaving Oxford United and his own personal ice breaker at the upwardly mobile club came in the form of his rendition of a 2001 chart-topping UK garage track.

“We have to sing on our first away trip after dinner at the hotel. I sang ’21 Seconds’ by So Solid Crew and it went down well as most didn’t expect me to sing something like this!

“I like old school garage and a lot of funky house music makes me lively and makes me feel good before a game. I do like slow music to help me to relax too.

It has become noticeable on this site that the ‘King Of Pop’ has featured quite strongly among the music tastes of the players, and Jack is another who started off his collection with one of MJ’s albums.

“I bought Michael Jackson’s ‘Bad’ album and I was very young, at primary school.”

Others who have spoken to this site to have listed Jackson as their first record bought are Sheffield Wednesday’s Jon Otsemobor, Oxford United’s Michael Duberry, ex-Birmingham midfielder Darren Carter and former Wednesday and Forest midfielder Chris Bart-Williams.

In addition to these, former Middlesbrough man Craig Hignett and ex-Fulham defender Zesh Rehman have also confirmed themselves as fans!

Stevenage-born Jack, a mainstay in the Oxford side who won promotion back to the Football League in 2010, has settled in seamlessly with the Dons and describes the atmosphere around the place in positive terms.

“The vibe is very good, honest hard-working players and no bad eggs. It’s all happy flying when we are winning – the true test is how people react when we lose a few games.”

With regard to the music at the club, to sum up, the longest-serving player is a big Marshall Mathers fan and the goalkeeper is responsible for more than just keeping the goals out!

Or as Jack describes the situation…

“There are mixed tastes, Sam Hatton is the main music lover, he idolises Eminem and listens to it all the time. We have a song sheet and every player has to put on there at least two songs and Seb Brown makes a CD with all the songs on to listen to, so it’s fair.”

It has generally been a good start to the season for the club who famously began in 2002 after the Football Association gave the green light for Wimbledon Football Club to relocate to Milton Keynes.

Nine years after open trials on Wimbledon Common, and after five promotions, driven by the relentless energy and determination of the supporters, AFC Wimbledon reached League Two in May by defeating Luton Town on penalties in the Conference play-off final.

Danny Kedwell’s winning spot kick meant that Terry Brown’s side triumphed 4-3 over the Hatters after a 0-0 draw after extra-time, opening the door to the Football League adventure upon which they are intending to remain.

As touched upon, the results have been pretty positive but three defeats in the last three games, against Crewe Alexandra, Crawley Town and Torquay United, have seen them slip out of the play-off places.

Undoubtedly this is no disgrace for the promoted side, although the ambition and belief present among the club’s personnel stipulates that greater highs are targeted for this season.

Jack wholeheartedly concurs with this and while understandably happy with his superb start to 2011/12 with 10 goals from the 17 games, there is still the feeling of ‘room for improvement’. 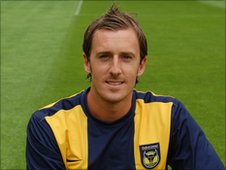 The striker’s nine goals in the league have him at the top of the division’s scoring chart, level with Burton Albion’s Justin Richards and Crawley Town’s Matt Tubbs.

I raised the question of a natural understanding with players such as ex-Kingstonian man Christian Jolley, who has also registered six goals so far, and it is an assessment Jack agrees with and puts down to typical graft.

“I am glad with the start on a personal level with the goals that I have scored, as a team we should have won more games. Christian Jolley and I do work well together, we are just two honest hard-working centre forwards and it seems to be getting results.

“We are confident from our start and from what I’ve seen from League Two over the last two years that we can finish in the play-off positions. In the play-offs anything can happen.

It is often alluded to that promoted teams from the Conference on numerous occasions manage to take the winning momentum into the following campaign and successfully challenge at the top end of League Two.

Stevenage did it last season with a second successive promotion, to League One, while Exeter City did the same in 2009, with Hereford United and Dagenham & Redbridge other examples in the past few years of bridging the gap in a relatively short space of time.

“Yes many teams do well in League Two once they are promoted,” Jack said. “I think this is credit to the high standard at the top of the Conference.”

“Most teams at the top would compete in League Two, it’s just a hard league to get out of.”

The frontman, who has had loan spells at Southend United and Barnet in recent times, rather interestingly teaches individual and group tennis lessons in and around the Kent and Middlesex area, although of course this is not always easy to fit in to his schedule.

“I try and coach tennis as many times as possible but it has been hard to find time and I’ve been concentrating a lot on my football career. The summer months are the main time I get to play and coach a lot of tennis.”

Aside from this he has also been making overtures about another possible direction in which he may choose to focus his efforts on in the future.

“I have been on a show a few times called Sports Tonight Live and enjoyed doing it, so hopefully I can do more TV stuff on sport and more in the media now and when I finish my football career.”