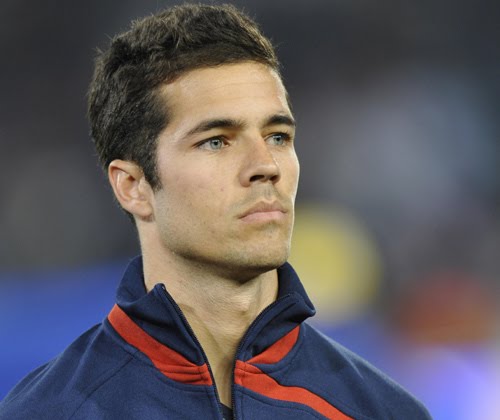 New England Revolution’s Rio de Janeiro-born US international midfielder has been to the Bundesliga, the English Premier League and the 2010 World Cup, and whether it’s conscious rap from his birthplace, college friends in a JoJo video or his own miming effort captured for YouTube, music is a significant component in the persona of Benny Feilhaber.

After spells in Germany, England and Denmark, the 27-year-old is back in the States and in his second season in the MLS with the New England Revolution, so as someone who spent part of his childhood in Brazil did that mean samba beats, bossa nova and suchlike playing a part in his early days?

“Not too much actually – I moved (to the US) when I was six so I didn’t get really into too much of the music. I do know a couple of Brazilian bands, there is one rapper that I kind of like from Brazil – his name is Gabriel o Pensador, he raps about a lot of political issues and that kind of stuff, he’s pretty famous there.

“My favourite is country music, my favourite bands are probably Rascal Flatts and Zac Brown Band. This doesn’t really make sense with country music, but I also like punk rock, I think that’s from my high school, California days.

“One of my favourite bands there is probably New Found Glory and I also like The Ataris.”

When discussing the first music he ever bought, besides the record he first heard from his parents, he recalls a band from his teenage years who, speaking from an English perspective, music fans over here may well remember for their 1997 hit ‘Semi-Charmed Life’.

It is also the kind of song that if the band and title do not instantly seem recognisable to some then a listen of it will almost certainly conjure up a fairly swift ‘I remember it now’, owing in part to its appearance on many soundtracks.

“I remember thinking that on the cover she looks like a boy! I didn’t realise she was a girl until later because she has got that kind of deep voice as well.

“Honestly, the first one that I bought, I don’t think that I can even remember. I remember buying Third Eye Blind some time in middle school, so maybe that was one of the first ones.”

Although Benny’s general preference of country music tends not to receive much airtime in the Revolution locker room at Gillette Stadium and away venues, he does appreciate the essence of his captain’s playlist at least, if not the specific song choices he and a couple of other Revs players choose!

“It’s definitely Shalrie (Joseph), Darrius (Barnes) and Kevin (Alston) that play their awful rap music. I mean, I like rap music, but the ones that they play are just not that great – especially on game days.

“Sometimes A.J. (Soares) will bring his hip-hop mix in and that’s more like my kind of stuff with Jay-Z, (The Notorious) B.I.G., Dr. Dre and Snoop Dogg – that kind of stuff is cool. I don’t even know the name of the rappers that Shalrie and those guys bring in, but they love Rick Ross, he’s their favourite.”

Benny has made 39 appearances for the US national team, playing three times in the 2010 World Cup in South Africa, as well as scoring the winner in the 2007 CONCACAF Gold Cup final against Mexico and featuring at the 2008 Olympic Games in Beijing.

It was during the latter that a video of him miming to the Jordin Sparks and Chris Brown song ‘No Air’ surfaced on YouTube and although he has not been made to sing in front of the team on his own he did give a collaborative performance on a team night out!

“I don’t know if I have had to (sing solo in front of the team), but I have probably done it. I tend to like getting into music, so singing starts to happen sometimes in the locker room.

“I can remember one time when we went out with the guys we had a bowling night, and after the bowling we felt it wasn’t enough so we had to hit karaoke in the other room. So I definitely got up there and did karaoke to Boyz II Men’s ‘I’ll Make Love To You’ – that was quite a scene, I think Kevin (Alston) might even have some video on that.”

Many professional players like to get involved in music away from their sport, perhaps by DJing, singing/rapping or producing, and while Benny has not known any of these examples personally he does have a story regarding a very well-known US singer.

“I don’t know anybody who has gotten into music in that sense but I played with a couple of guys back at UCLA who were in a music video with JoJo. I forget the name of the song but it was one of her songs that was big at the time, she had the whole UCLA soccer team in the video and this was just after I had left.

“So I obviously wasn’t there anymore but I saw the video and a lot of the guys were featured in it. That’s as close someone I have known has gotten to getting into music.” 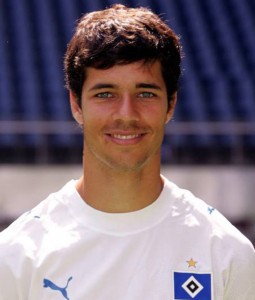 Having started his professional career with Hamburg in Germany, Benny made nine appearances for the Bundesliga club before Derby County manager Billy Davies brought him to England in August 2007.

Derby had just been promoted back to the top division after five years away but the season was disastrous as The Rams registered only one win and a points tally of just 11 – the lowest in Premier League history.

After 10 appearances in total under the management of Davies, and latterly Paul Jewell, he left a year later to join AGF Aarhus in Denmark, but the experience of being part of the league in a campaign where Cristiano Ronaldo, Fernando Torres and Cesc Fabregas for example were in such illuminating form is a positive for Benny, as was discovering another establishment for the first time…

“The things I enjoyed were the few games that I played, I was playing in the Premier League against the best competition in the entire world, that was something I took a lot of pride in. There weren’t too many positives that we had on the field, it was a frustrating year with the fact that I didn’t play that much and we lost many of our games.

“It made it tough to have a good year, I’d say that the best thing was me finding out about Nando’s chicken restaurant, which was by far the best restaurant in all of England.”

While in Denmark, Aarhus, who for a time had current Revolution player Jeremiah White, were relegated in Benny’s second season, but after injury troubles he became a prominent figure in the promotion back to the Danish Superliga in 2011.

“I enjoyed Denmark a lot – the city that I lived in was a big enough city that you weren’t lacking anything, there was plenty of restaurants, shops and stuff like that. It was also small enough that you could walk around and get to know the people in the city, it was a change from a US-kind of city, it was really nice, I enjoyed it and I enjoyed my time there.

“My teammates were great and I really liked my team. The people there were always really friendly so all in all it was a really great place to live.”

Returning to the US last April, he started 23 times for the Revs, mainly in central midfield but occasionally in a more advanced role, contributing four goals and assisting seven as the team finished 9th in the Eastern Conference.

After the disappointing season, former Scotland and Liverpool defender Steve Nicol left his position as head coach after ten seasons at the helm and was replaced by former Revs defender and US-capped Jay Heaps.

This time around, the team are currently 6th in the Eastern Conference with five wins from thirteen regular season games and last weekend’s 2-0 home victory over Chicago Fire brought the first goal and assist of the 2012 season for Benny.

“First and foremost, I think our team is really connected – our players, we fight for each other. I think that is one of the good things that came out of last year from our team being in such a bad spot, we didn’t play well and we didn’t finish games when we needed to.

“I think it really joined us together to be more of a team this year and I think that’s helping us now, now we have the tools to improve and we have been. We have Jay (Heaps) pushing us in the right direction, we have been able to take the things that we had learned from last year and apply them to this year – that is something really positive.

“Boston is a great city to live in and I really enjoy it here. I live just outside the city, halfway between the stadium and the city, which is really perfect for me because I don’t really like driving too far.”

A question I like to ask is who the player in question would choose alongside them in a team of five players, made up of the best they have ever worked with, and Benny’s selection is one of the strongest yet.

“Goalkeeper – Tim Howard, (he) is probably one of the best goalkeepers in the world right now. Defender – I would say Vincent Kompany, I played with him in Hamburg as well.

“He was a great player then and he has just gotten better and better. He is playing in Man City now and is winning everything, so I think I would pick him.

“Forward – I would take Clint Dempsey, I think Clint is probably one of the best goalscorers the US has ever had. Obviously Landon (Donovan) has got the most goals on the national team but Clint is in a fantastic phase in his life and in his career right now, so I would take him.”