When it comes to hugely loved soap characters Neighbours’ Karl Kennedy is in an elite band and the man behind Ramsay Street’s famous doctor is putting his love of music to very valuable use this Christmas.

Perth-born actor Alan Fletcher will make it 20 years on the programme in 2014 and it has been two decades filled with enrapturing storylines for him to savour. Besides his role as one of Erinsborough’s most well-known residents he has appeared in a number of other on-screen and stage productions.

He is currently immersed in his sixth pantomime season in the UK, starring as the Sheriff of Nottingham in Robin Hood in Sevenoaks, Kent. Also the lead singer of the band Waiting Room, he has teamed up with Melbourne female trio The Pacific Belles to release his own festive song for charity – ‘If You Want A Happy Christmas’.

The single is inspired by Alan’s favourite era for Christmas songs – the 1940s – and it has been warmly received by his vast following at home and in the UK. The Pacific Belles were ideal for the Bing Crosby / Andrews Sisters feel to the track Alan wanted but what if he could put together a number with one of his fellow Neighbours cast members?

For this question he had his choice of any actor or actress from his time on the show but ultimately there was only one truly outstanding candidate.

“Natalie Bassingthwaighte’s a great singer and I think our agents have tried to get us to do a duet before! I think I would have to say Jackie Woodburne though.
“The fans would love it and we would do a revamped version of the Kylie (Minogue) and Jason (Donovan) song (‘Especially For You’). The funny thing is Jackie thinks she can’t sing but she actually has a wonderful voice.”

Jackie Woodburne has of course played Alan’s on-screen soulmate Susan Kennedy since they arrived on the Street with children Malcolm (Benjamin McNair), Billy (Jesse Spencer) and Libby (Kym Valentine) back in September 1994. Their characters have been married twice although Karl has had some notable liaisons with other women in his time, including the aforementioned Natalie Bassingthwaighte who played Izzy Hoyland.

Bassingthwaighte is also known for being a judge on The X Factor Australia as well as performing with the band Rogue Traders and as a solo artist. She is one of a number of individuals to have featured on Neighbours who have made music in their career and also had storylines involving Dr. Kennedy! The likes of Imogen Bailey (Nicola West on the show) and Sam Clark (Ringo Brown) also take such an honour and so too does Stefan Dennis.

Dennis is recognisable to millions as the legendary schemer Paul Robinson and although he went on to have time away he made an appearance in Neighbours’ very first episode back in March 1985. Soccer AM presenter Max Rushden discussed him as well as Alan in his interview on here in November and he highlighted Paul Robinson’s wicked ways! Alan has shared many a scene with the man who once sang ‘Don’t It Make You Feel Good?’ and their friendship came up when he delved into the music tastes on set.

“Most of the young actors like music but I couldn’t really comment on their tastes as they listen to it on their iPods! Stefan Dennis and me are very good pals though and he also sings with my band when I’m not there.
“I know he’s a Maroon 5 fan but he’s more into 80s and 90s music than I am and listens to a lot of bands I wouldn’t. Jackie Woodburne, who plays Susan on the show, she liked a song that was really weird.

“I’m struggling to remember which one it was but it was a really strange novelty song.”

Alan’s own love for music was reflected on screen when Karl Kennedy played with his band The Right Prescription. Away from Erinsborough, Alan has performed with the likes of Uber Savvy and The X-Rays but he is most closely associated with Waiting Room. The band got together in Melbourne in 2004 and the line-up consists of guitarist, singer and songwriter Tommy Rando, guitarist Chris Hawker and drummer Jeff Consi, who completed the quartet in 2006.

Waiting Room have embarked on numerous tours in the UK and have had thousands upon thousands flocking to see them live. Although the sound is certainly not quite the same, Alan likes to go for a similar kind of fun with Waiting Room as he did when recording ‘If You Want A Happy Christmas’ with The Pacific Belles. He describes the bands and artists he has enjoyed listening to the most in his life and gives some insight into how that manifests itself in his own material.

“Obviously there was the music that came from my older brother – The Doors especially. In the late 60s I became really into The Rolling Stones, also The Beatles.
“Elton John then became a big influence for me and I’m also a fan of blues like Canned Heat. In time, Elvis Costello became my go-to man who I would gravitate towards and still do.
“When I play music with my band there’s the influence of the indie sound from bands like Razorlight.”

One of the cover versions Waiting Room have been known to delight audiences with is ‘Living Next Door To Alice’, made most popular by the English band Smokie. In the performances, Alice is swapped for Susan to give it the authentic Neighbours edge!

Alan, who once received an Australian Film Institute nomination for his role as Michael Clayton in the programme Embassy, has numerous songs that are dear to him. As we will hear a little more about later he is a Liverpool FC supporter, and an immortal track from one of the city’s most famous sons tops his list of favourites.

“Well I think it’s hard to see past John Lennon ‘Imagine’ – that’s very powerful. Bruce Springsteen is another massive influence.
“People tend to think of Springsteen and think of the likes of ‘Born in the USA’ but a real favourite of mine is one from the ‘Darkness on the Edge of Town’ album. It has the lyrics ‘I got a ’69 Chevy with a 396’…’Racing in the Street’, that’s the song.
“Also, Tom Waits is a lot of fun to listen to and I love his album ‘Small Change’.”

The proceeds from Alan’s Christmas single are going towards a charity that has been backed by such figures as Liverpool and England captain Steven Gerrard. Blue September is a campaign to raise awareness about male cancers and releasing ‘If You Want A Happy Christmas’ was something Alan was all too delighted to do. 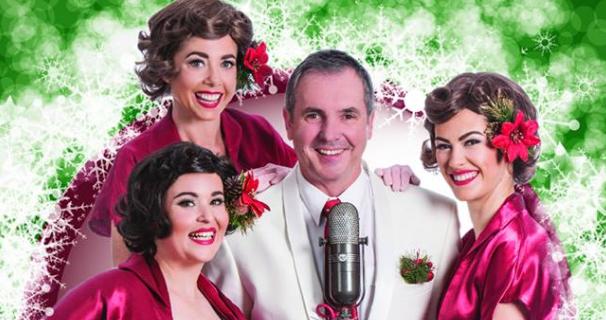 The festive fun of the song is there for all to enjoy and Alan names the annually inescapable ‘Merry Xmas Everybody’ by Slade as probably the Christmas anthem he rates most highly. When we discussed the greatest ever song synonymous with this time of year I put forward ‘Fairytale of New York’ by The Pogues and the late Kirsty MacColl.

“It’s funny you said ‘Fairytale of New York’ because someone I know from Wales, Denny Lloyd, has done a version of it. He’s also done a sensational version of ‘A Spaceman Came Travelling’ which I think is really cool.”

Although it was 19 years ago when the Kennedy family set up home in Neighbours, Alan had actually played a separate character a few years before. He was cast briefly as Greg Cooper who worked as a mechanic in Jim Robinson’s (Alan Dale) garage. When he successfully auditioned as Dr. Karl he was initially handed a one-year contract. Alan, a renowned photographer in his career, was offered a further year after this and the rest is soap opera history.

Viewers of so many different ages have tuned in to see Karl at some point over the years, whether he was saving someone’s life, rubbing shoulders with the likes of Toadfish Rebecchi, or in a romantic tryst with one of the show’s leading ladies! Throughout the ups and downs, the fans have got to know and love Karl and he is a true icon for Neighbours.

Alan is married to actress, broadcaster and former newsreader Jennifer Hansen with whom he has two children – Veronica and Tom. He counts himself fortunate each time he drives through the gates at the Neighbours set and he shares the overriding lesson he believes his time on the soap has taught him.

“The biggest thing I’ve learnt is that it’s very important not to allow people’s love of your character to get out of proportion. You have to stay grounded and I’d like to think I haven’t changed.
“I really enjoy interacting with fans and it’s a big part of my life but I really like to focus on my family too.”

A love for pantomime goes hand in hand for Alan with the mutual affection he has with the people in the UK. Although he has performed in various locations around the country in such productions as Peter Pan and Aladdin he struck up an early love for Sheffield and subsequently asked his manager to get him a gig with his band there.

Visitors get the chance to tour the set of Neighbours and being able to look behind the scenes can be an intriguing experience for fans of any programme. There are real-life residents on the cul-de-sac where Ramsay Street is filmed in Vermont South, Melbourne and I wanted to draw upon Alan’s firsthand know-how of the place.

At 23, I cannot say I have had the pleasure of visiting the surroundings that once played host to the characters of Kylie Minogue, Jason Donovan, Natalie Imbruglia and so many others, though there is time yet! I was curious about what would surprise me if I was to arrive in Erinsborough.

“One thing that surprises everyone is the size of the Ramsay Street set, which is actually Pin Oak Court. It’s incredibly small but the cameras make it look much bigger.”

The bulk of the interviews I do for this site are with male and female footballers but personalities like Alan can be considered special guests in a sense. The idea of mixing music and football is the basis for the site, so as we have the former covered already in this one let’s end with a mention for the beautiful game.

Alan has appeared on many British programmes in the past including Saturday morning’s Soccer AM. He has talked on the show about his support for Liverpool so the Reds were the topic of the final question here. I usually ask the players to select a 5-a-side team of the best they have ever worked alongside so with Alan I was looking for him to choose the greatest five Liverpool players he has seen.

“I think Pepe Reina at his peak – no striker could get past him easily. Steven Gerrard in midfield – a brilliant passer and a creator of space.
“There’s so many historic players in the club’s history I didn’t get to see because I was in Australia. Luis Suarez is becoming a legend overnight – magical control of the ball.
“Craig Johnston for the Australian connection and John Barnes…because he’s Barnes!”

Catch all the future Beats & Rhymes FC interviews on Facebook