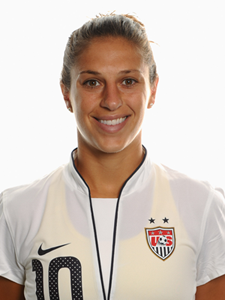 USA midfielder Carli Lloyd has performed at the heartbeat of the women’s national team in the last two World Cups and was the goalscoring hero who clinched Olympic Gold in Beijing 2008, coming a long way since her days as a young Boyz II Men fan!

Carli, 29, grew up in the township of Delran, New Jersey and since her 2005 international debut she has featured a hugely impressive 117 times for her country, with extremely high levels of dedication and sacrifice essential ingredients for her success.

Although Carli is one of the senior figures in the US team, when it comes to the music it is a 23-year-old Boston Breakers forward who gets the privilege of choosing the selection.

“I am not in charge of the music in the locker room but we always have the current songs on someone’s iPod. There are usually a couple of oldies like Journey and Michael Jackson as well, Lauren Cheney is usually in charge of the pre-game music!

“Rachel Buehler loves listening to The Little Mermaid and some oldies, we always laugh at her! I listen to a variety of music, some of my favourites are Adele, Beyonce, Jay-Z and Rascal Flatts. 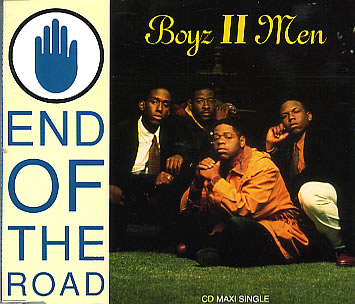 “I think the first record I bought was by Boyz II Men, I loved them! I think I was in middle school.”

Carli signed last season for Women’s Professional Soccer team Atlanta Beat although it is certainly fair to say that the considerable heights she has so far scaled in her career have been with the US team.

Her extra-time strike against Brazil in 2008 was the solitary goal as the USA won Gold in the Beijing Games, a dream moment for the former Rutgers University student.

She has been vitally important to the team in the last few years, notably on their way to a third-place finish in the 2007 World Cup in China and also as they agonisingly lost out to Japan on penalties in the final of this year’s competition in Germany.

Carli had scored in the 3-0 win over Colombia at the Rhein-Neckar-Arena in Sinsheim in the second group game but was unfortunately one of those who failed to score in the shootout in the final, alongside teammates Shannon Boxx and Tobin Heath.

Penalties are the cruelest of ways to lose a game as any fan of the sport will testify, especially in one of a World Cup final’s magnitude.

Great pride however must surely have been taken from the fact that the game was ESPN’s highest ever viewing audience for a football match in the United States with an average of 13.5 million tuning in on the network alone and a peak of over 21.1 million watching the penalties.

“It was an amazing experience, something I will never ever forget. Coming in second place wasn’t good enough for us players but at the end of the day we put soccer on the map.

“We captivated millions of people’s attention and helped people believe in something. It was amazing and I think a huge turning point for women’s soccer. 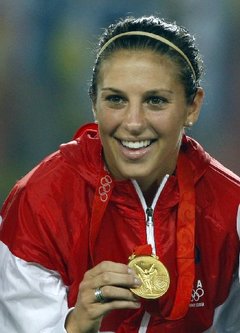 “Being part of the 2008 Olympics and our fabulous run in the World Cup have been the proudest moments so far. I am excited for our next journey which is qualifying for the next World Cup.”

In her early club career, Carli represented Central Jersey Splash, New Brunswick Power, South Jersey Banshees and the New Jersey Wildcats where she scored in her only appearance.

The top league in women’s soccer in the USA, the Women’s United Soccer Association had folded in 2003 after three years, although its replacement division Women’s Professional Soccer had its first campaign in 2009.

Carli joined up with the Chicago Red Stars for this season, scoring twice in 16 games as the team finished 6th.

The champions that year were New Jersey side Sky Blue FC and Carli would return to her native surroundings with them for the 2010 season.

Unfortunately an ankle injury sidelined her for a number of months and a move to her current side Atlanta Beat eventually followed this year.

Despite a difficult run of form over the competition which saw the Beat struggle for goals and finish 6th, Carli acknowledges some of the quality amongst her team, as well as casting an admirable glance at the talent of champions Western New York Flash’s Canadian forward Christine Sinclair.

“I think there have been many players who have done well, obviously Sinclair. I was very impressed with a few on my Beat team, Kylie Wright, Katherine Reynolds and Angela Salem.”

Carli has been one of the professional players who chooses to take the time to give back to the game by running a soccer camp, for those aged between 9 and 16.

Although her hectic schedule has impacted on the possibility of her camp lately, similar initiatives in future should give her the chance to harness others’ skills, much in the same way her coach and long-time friend James Galanis has helped her career at different points.

Galanis has been coaching the Atlanta Beat recently and he also played a key role in the development of Carli’s career in her earlier days.

“Due to the crazy year I have had I didn’t have a camp this summer. I enjoyed the last three months of my camp but I am probably going to take a different route in the future and all that info will be on my website”

The Women’s Professional Soccer league faces uncertainty this summer with a number of issues to be resolved although the positive impact of the World Cup could be a significant benefit for the league’s future.

“I think the future is bright for women’s soccer. I think that if the WPS is around next year it will go forever.

“It’s another important year with the league and the Olympics. I hope that fans continue to support us!”

Some of Carli’s favourite songs:

Beyonce – Best Thing I Never Had