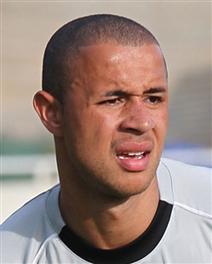 A move from Colchester United this summer may now mean that the success Port Vale forward Ashley Vincent is targeting is in Burslem, but when it comes to music and memories New York City is a golden destination in his eyes.
The close season brought the end to a three-year stay with The U’s for the 27-year-old former Wolves youngster and he has been feeling reinvigorated following his switch to Vale Park after registering his first goal for the club last weekend. The enthusiasm with which he describes how he is feeling on and off the field at present is extremely tangible and when we discussed music he spoke with similar sincerity, and a dose of nostalgia, about his holidays spent in one of the world’s most prominent cities.
“My favourite place in the world is New York City – the nightlife is unreal for getting exclusive music and performances. I’ve been to New York twice now, last summer and also a couple of summers ago with my three brothers, one of whom has just joined Scunthorpe on loan from Charlton, Leon Clarke.
“When we get together we push all limits so you can imagine New York was a hell of a playground for us. We’ve some friends out there who look after us when we hit town and show us all the places to go.
“Some favourites have been clubs like Veranda, Greenhouse, 1 OAK, usually we go to spots that play hip-hop and r&b, but all the latest stuff, the place is unreal. If I had my time again I would have loved to give football a go out there somehow.’’

Despite the love Ashley has for The Big Apple after his firsthand experience of the place, his roots are in the Midlands, but nevertheless his musical taste from his teenage years and up to the present day is heavily Stateside-influenced (Canadian Drake and Barbadian Rihanna excepted!).
“My favourite artist is Drake right now, I’m a big Young Money fan but my music taste is pretty eclectic, I like everything from rap to classical. Other favourites are Lil Wayne, Jay-Z, Rihanna, the last music I bought was Rick Ross’ album ‘God Forgives, I Don’t’.
“I’m not a fan of manufactured bands, I appreciate what they do but I prefer the ‘did it the hard way’ artists – One Direction and the like aren’t for me! I think the first bit of music I ever bought was an imported single, Mase featuring Total ‘What You Want’, I was about 11 I reckon. 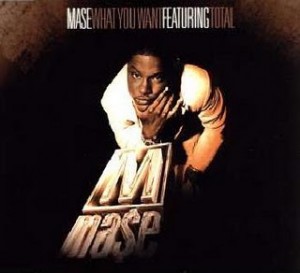 “As a teenager I was total rap and r&b but since then my taste has evolved a little, I’m now open to all genres of music.’’
Ashley became a Port Vale player in July and although former club captain Marc Richards (now at Chesterfield) described the sound choices of the Vale players on here last season Ashley gave an updated version of it.
“I think all the boys at the club like their beats, there are just some very different tastes, from Doddsy (Louis Dodds) and Kingsley James’ rock and hard rock, to Jenno (Jennison Myrie-Williams) and Clay Mac (Clayton McDonald) loving their r&b and hip-hop beats. All the boys have their own little genre though.’’
The responsibility, or privilege, of being in charge of the team’s playlist can be something that only the senior figures or keenest DJs at a club get to have bestowed on them, but at the League Two side it is slightly different at present!
“Well it’s a democracy at the moment, we all have a matchday song on a playlist that’s put on shuffle so you’ll usually hear your song at least once. Mine is Meek Mill featuring Drake ‘Amen’, that’s getting some serious playtime in my car right now!’’
Ashley started out with Wolves but joined Cheltenham Town in 2004, linking up with manager John Ward, someone he knew from the coaching staff at Molineux and who would be his future manager at Colchester too. While with the Robins he spent a brief spell with Aldershot Town but enjoyed promotion to League One with Cheltenham via a play-off final win over Grimsby Town at The Millennium Stadium in 2006. 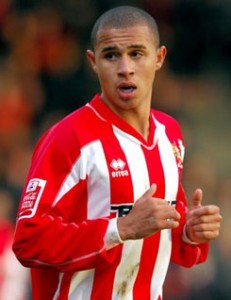 He scored 6 times in his fifth and final campaign at Whaddon Road, which unfortunately ended in relegation under Martin Allen, although Ashley ended the season on loan with Colchester where he scored against Yeovil. His move to The U’s became permanent ahead of the 2009/10 season and the memorable opening day victory away to eventual champions Norwich (which saw manager Paul Lambert latterly take over the Canaries) was the standout moment for Ashley.
“The best memory was the 7-1 opening day win away to Norwich in my opening season – it was a great day out for everyone connected, the fans, players and staff. I’ve made some good friends there, the boys in the dressing room were quality and I wish them every success, but football moves on.
“I know that and I accept it, I’m at a great club now and enjoying my football again. The end of my Colchester career became frustrating for many reasons, but a part of me was sad to leave.
“It was another chapter of my life closed, hopefully now I can kick on and have some success on a personal and team level.’’ 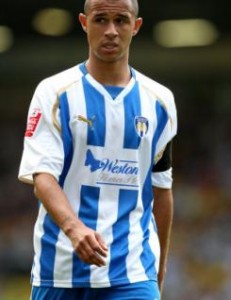 During his three years with Colchester, Ashley had the opportunity to sing in front of his teammates as a new player and he has taken that form to Vale with him, as he explains!
“I’ve sang a couple of times, once when I joined Colchester I sang Spice Girls ‘Wannabe’, it went down OK though! Then here when I joined I sang ‘You’ve Lost That Lovin’ Feelin’’ from Top Gun on pre-season which the boys had a good laugh at, so it’s all in the name of good banter.’’
On this site back in April, Colchester skipper and midfielder Kem Izzet described how Sheffield Wednesday winger Michail Antonio chose the theme tune to ‘The Fresh Prince of Bel-Air’ as his initiation song during his loan with The U’s, but forgot the words while performing. Ashley recalls that moment and also another midfielder’s memorable vocal display, which Kem Izzet also cited in his interview.
“Michail sang when he came but he left pretty much when he could! He’s a good lad but it was a shocking rendition, he’s got to stick to football!
“David Prutton when he came to Colchester was very good, you could tell he’d been there a few times as he was well rehearsed and funny.’’
Since moving to Port Vale, Ashley has been an ever-present in the first seven games of this season and he also grabbed his first goal for the club in last weekend’s 6-2 home win over Rotherham United. Micky Adams’ side have taken ten points from their opening five league matches and take on Plymouth Argyle away this weekend. Vale’s off-field struggles are ongoing and the club entered administration in March but the positive results out on the pitch at least give cause for optimism. 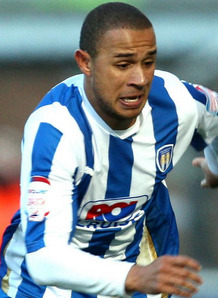 “I’ve really enjoyed my start so far, although the club has its issues off the pitch, on it has been good so far for myself. Getting back to playing week in week out again and in a team playing good attacking football and creating chances for fun – life’s real good at the minute.
“I’ve moved closer to the club even though I’m a Birmingham lad. I’m up in Crewe now, it’s nice and quiet for me and my family, we’ve settled in.
“I’m really enjoying all aspects of life right now, both at work and at home, and long may it continue.’’
Vale finished 12th in League Two last season after their 10-point deduction but naturally Ashley echoes the mutual aim of all concerned this time around.
“There’s some big teams in this league, big budgets and some very good players, but we’re confident in what’s in our dressing room too. If we can have some luck with suspensions and injuries and play to our potential we are a match for anyone and we showed that last weekend.
“If along the way I can chip in with my share of goals and assists then that will be great, but the goal for everyone is the same – promotion.’’
The immediate focus for Ashley is a continuation of the current promising outlook on the field and his Vale teammates will share that, but in the meantime he took a few moments to cast his eye over his former colleagues in his career who he would choose to play alongside him in a 5-a-side team of the best he has ever worked with.
“The keeper would be Shane Higgs who’s currently at Northampton . He was a big presence, a good shot-stopper, but best of all his kicking was unreal.
“He could literally pick you out from 60-70 yards, a good man too. The defender would be my good mate Magnus Okuonghae at Colchester, he’s an absolute beast of a man, he reads the game well but most of all he’s a good footballing centre-half.
“The midfielder, I’ve played with some real good ones but I’ll have to say Anthony Wordsworth. It still baffles me how he plays at League One level, he has unreal ability and is a goalscorer, for me probably one of the overall best players I’ve played with or against, a real talent.
“My striker would be… tough one this, but purely for the job he gets paid to do, which is score goals, it has to be Steven Gillespie now at Fleetwood. He just knows where to be at what time and is the best finisher to come out of Liverpool, so he says, and if you see him in training you find it hard to disagree!’’