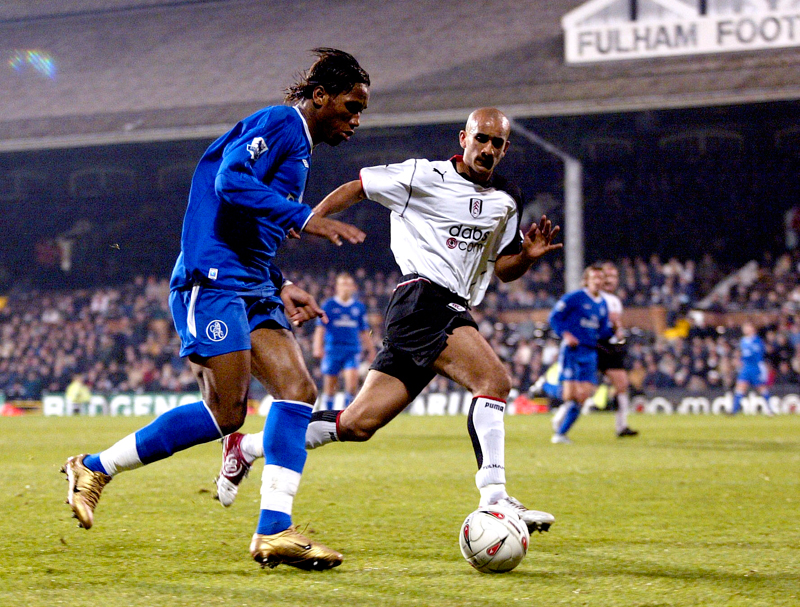 Zesh Rehman, the first British Asian footballer to play in all of England’s top four divisions seeked new pastures at the end of 2010, moving to Thai Premier League champions Muang Thong United to experience a completely different kind of challenge.

After representing six English clubs, including tasting the Premier League with Fulham, the central defender made the move to Thailand and after the usual phase of settling in to a new way of life the experience has been excellent, even if some of the music is still to be understood!

“The music is traditional, most of my teammates listen to Thai hip-hop. I have listened to it but am still struggling to translate it to English, working on it though!”

The 27-year-old was born in Birmingham and made his Premier League debut for Fulham against Liverpool at Anfield in 2004 before loan spells with Brighton & Hove Albion and Norwich City during his time at Craven Cottage.

In 2006 he joined Queens Park Rangers in search of regular first-time games after 30 appearances in total for Fulham, going on to play 50 times for The Hoops.

A 2007 loan spell back at Brighton ensued for Zesh before other temporary stints at Blackpool and Bradford City, signing permanently for the latter in 2009.

He was appointed club captain for Bradford and won recognition and accolades for his work in the community, establishing the Zesh Rehman Foundation in 2010, which we will hear all about later on.

Leaving Valley Parade in December 2010 he made the considerable step of a career and life-changing move to Thailand which he has grown to love over recent months.

“If I’m honest it did take me a good couple of months to adjust to a new style of football, culture, lifestyle, food and obviously not knowing the language was a huge obstacle. However six months in and it’s all different.

“I downloaded an app which has helped me learn the Thai language and I’m very pleased with myself as I can now have a conversation in Thai with teammates and people in general. It makes a huge difference if the Thais know you’re trying.

“I am loving life here – my football, the lifestyle and everything that goes with it. My family have also come over on holiday a few times so time has flown by.”

The traditional music of the Southeast Asian nation is certainly a far cry from the music Zesh heard growing up and also the more urban-inspired sounds he started to favour when into his adolescent years.

“I grew up listening to Michael Jackson and Elvis Presley as they were what my dad listened to. I even used to wear Michael Jackson t-shirts, of course I was very young.

“When I got into my teenage years I got into r&b and garage and it’s still my favourite music now. Before most games I listen to old school garage, So Solid Crew, Heartless Crew.

“Usually my brother would go out and buy the record but the first CD I bought was the Heartless Crew, I was about 15 I think, maybe younger.”

Zesh made the breakthrough at Fulham at a time when the team had international names in the side such as Luis Boa Morte, Steed Malbranque and Brian McBride, as he alludes to when discussing the music at the London club.

“At Fulham it was a complete mixture as we had players from France, USA, Africa, Portugal, Belgium and England so it was interesting listening to those other lads’ iPods at times. At QPR most of the lads listened to old school garage and r&b.

“In Thailand there is no music before games in the changing rooms, most of the players have iPods and listen to their own selection.”

The Pakistan international’s side Muang Thong United have been champions of Thailand’s 18-team top division in the last two seasons and are as expected fighting it out for honours once more this time around.

“My club is the benchmark and template for other clubs in the country in terms of facilities, infrastructure and style of football. We are basically like Manchester United over here, the atmospheres at the ground are very special.

“We are currently in second place in the league and in the quarter final of the league cup and AFC Cup, which is the Asian version of the Europa League. The club is producing some excellent young players so the future is bright.” 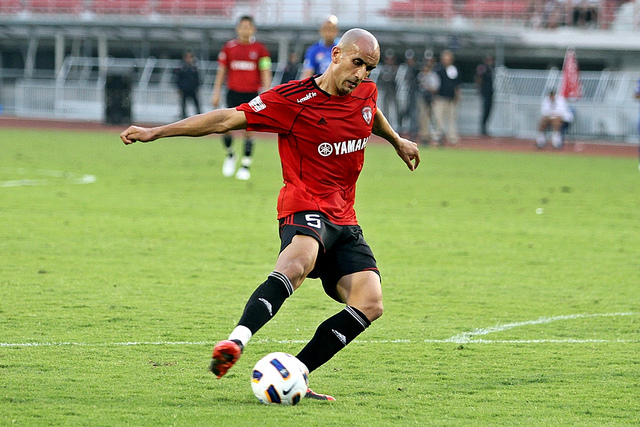 The season runs from March to October with a former Liverpool striking idol a recent addition to the league at Zesh’s club.

“Robbie Fowler has just signed for Muang Thong which is great for us and Thai football, we also have a young lad called Romone Rose here who I played with at QPR. My old Bradford teammate Chris Brandon signed out here in January (for BEC Tero Sasana) and another one of my mates (former Dundee, Dundee United and St. Mirren winger) Steven Robb plays for Thai Port.”

The popular question when asking about the standard of leagues abroad is to ask about the quality in relation to the English leagues but of course there are other mitigating factors which come into play.

“Firstly the weather makes a huge difference, we usually kick off at 4pm or 6pm due to the heat. The game is played at a slower tempo but technically the players are very good.

“The league has not been established as long as the FA and has only really taken off in the last 3-5 years. The fact that Thailand have reached the group stages of the World Cup qualifying for 2014 speaks volume.”

As mentioned briefly earlier, the Zesh Rehman Foundation was first established in May 2010 and aims to make sport, particularly football, accessible to young people from all backgrounds, as well as helping to open the door for under-represented Asian sporting talent in the UK.

Ambassadors for the foundation include former Manchester United striker Andy Cole and ex-Fulham and Portugal international winger Luis Boa Morte and so far Zesh, also an ambassador for Kick It Out and the Asian Football Network, is pleased at the continuing progress.

“The foundation is moving on nicely, we are now established in Bradford and Manchester and are launching in London this September so it’s exciting times. We have had lots of interest from other organisations who want to partner up with us so I’m positive it will just go from strength to strength.

“We have also seen young girls gain their football qualifications and who now go into schools to pass on their experiences, as well as having the Lord Mayor of Bradford attend one of our football events which is Lottery-funded.

“My main focus has and always will be playing, in my spare time I like to support other good causes that send out positive messages using football as the catalyst. A lot of my energy is directed towards my foundation and trying to help those youngsters achieve things in their life and feel good about themselves.”

Zesh represented England at Under-18, Under-19 and Under-20 level but made his full international debut for the nation of his parentage, Pakistan, in December 2005 and has recently been back in the side after a long period away.

“I played recently in the World Cup qualifier games against Bangladesh and a few months previous played for Pakistan in Malaysia. Being in Asia makes it easier to get caps under my belt, the team still has loads to do before it can get to the latter stages of World Cup qualification because the national set-up is still not established.”

“It’s how I like to live my life and the words in the song are very deep but I can relate to them so that’s why it’s my all time favourite.”