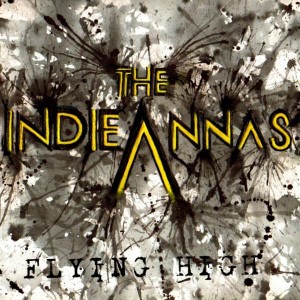 A year ago, I profiled a band on here who I believed were knocking on the door of something special with their debut album ‘Inside Your Mind’. Twelve months on, The Stand have become The Indieannas and the unsigned talent has caught fire and claimed a record deal in its path. The indie rock and roll quartet have added a dance element, hooking in more and more fans and observers by the week it seems. Their new single ‘Flying High’ has had its release and I think it is fair to say that the door they were knocking on is about to be ripped from its hinges.

Bands who emerge from small towns can count on the backing of their local community as they look to capitalise on the intrigue in a much wider sense and I can say from experience that this is the situation The Indieannas find themselves in at present. Although in truth it has taken their tireless efforts and show-stopping performances in the likes of Manchester, Sheffield, Liverpool and London’s Soho to truly set the wheels in motion there is a real sense of anticipation about them now in their hometown of Buxton, Derbyshire. There has always been a core of local support for the band over the last few years, and I have been on the bus and in the crowd at so many of those gigs, but now I think you could ask almost anyone from the town about The Indieannas and they would know the name. Ged Potts is the gifted lead singer and rhythm guitarist, Mark Whibberley is an absolute craftsman on bass guitar, Charlie Willcox is the immensely skilful and exuberant lead guitarist and the relentless beatmaster Jon Stone on drums is Mötley Crüe’s Tommy Lee, only without Pamela Anderson (but he’s still good, honestly!).

The early stages of 2013 have been good to the band, and it is richly deserved. They have signed to Sound-Hub Records and are currently in the midst of the promotion of the first single release since they left their previous name of The Stand behind in favour of the more distinctive choice of The Indieannas. ‘Flying High’ has been receiving some considerable acclaim from supporters both old and new and it only takes one listen for it to grab you. The track is an accomplished mix of the fundamental indie ideals on which the four-piece were built as well as the dance angle that has made them accessible to so many new people in recent times. Plenty of people loved them as The Stand but now they are falling head over heels for them as The Indieannas.

Staying true to your musical foundations is extremely admirable but if you try too hard to stick with what you know you can hold yourself back from the possibilities that lie before you. There is a way to do it though and a fine line between opening up to new styles and ‘selling out’, but The Indieannas have struck that balance with this single. ‘Flying High’ represents a slight shift in sound and backs up the assertion that they are now ‘indie dance/rock’ as opposed to merely ‘indie rock and roll’. I loved what they did as The Stand and it was great to be part of watching them progress through that time period but I really feel like there is a new dimension and energy pulsating through them as The Indieannas. There is a song in their repertoire called ‘Where Did All The Good Times Go?’ which I have a deep affection for and it is a hauntingly outstanding slow number filled with exposed emotion and a beautiful eeriness that gives you the shivers in the very best way of all. This particular track stood out to me the first time I heard it and I instantly pictured Ged’s vocals lighting up one of the biggest festivals with it as an audience would sing along mesmerised. ‘Flying High’ caught me in that same instant manner but it is the polar opposite in terms of tempo and style. I use ‘Where Did All The Good Times Go?’ to describe ‘Flying High’ in this sense because they are so blatantly different yet equally gripping as a music lover, and that is the versatility this band has.

There is an unmistakeable attitude to ‘Flying High’ and it simply makes you sit up and take notice. I challenge anyone to give it a listen without having the urge to repeat Ged’s ‘do you feel what I feel?’ lyric over and over! When it came to putting the song together it was Ged who laid the groundwork before bringing his ideas to the rest of the band who added new styles and their individual personalities to make the track you hear today. Together they work so well but there is always a moment where each of them can shine and this is true once again on ‘Flying High’. Charlie’s guitar work is always noteworthy and he puts a rotary speaker effect on his solo in the live performance to make it scream out that bit more. He sets the tempo for this song and gives the platform for Jon to hit the pressure with his astounding beats on the drums and ‘Wibbz’ on bass guitar flows with the others in effortless harmony. Although the track is bursting with energy it stays in control to some extent until the final minute when the three other members grind to a momentary halt for Ged to cry out ‘it’s getting louder!’. This is the finale it has all been building to and as a listener it is as if the ceiling falls in on you at this point. It simply goes up a level and you can hear the drum and bass experimentation in the mix, something they have used before in their song ‘Inside Your Mind’. Most people who listen to music will say how they appreciate all different genres and as much as the slower ones can grab me on certain occasions I do have a love for songs that can tear through a few minutes at a reckless pace like ‘Flying High’ manages to. ‘Get Your Shit Together’ is a signature live track for the band and it hits you with an adrenaline rush in a similar way to ‘Flying High’. Although much of the beauty of ‘Get Your Shit Together’ lies in the fact it is just two minutes long I like ‘Flying High’ even more because I think it takes it on a step further, in duration and in quality. This is yet another sign of how much better The Indieannas are getting, and they were pretty shit hot to begin with!

I did an interview with the band back in March 2011 as they prepared to make the first of their appearances at The Cavern Club in Liverpool, home of The Beatles. Last year it was the review of their album ‘Inside Your Mind’ I did and now it’s a new name, a new single and more new possibilities than ever for them. When I was writing the album review last January the word ‘unsigned’ just didn’t fit the talent and the endeavour that they had, but now it is paying dividends and they are on their way. The loyal fans will always be there but I think sometimes a band needs a mainstream song to act as the ‘front cover’ for the ‘book’ that lies behind it. In essence, what I mean with this is that I hope that people who are attracted to ‘Flying High’ will take the time to listen to everything else that The Indieannas have to offer. It is all about audience experience for this band and when you build towards a song like ‘Flying High’ as the final track in your set it is guaranteed to leave everyone wanting more. Add their music to your collection, get to the gigs with everyone else and appreciate where these four are coming from with their material. I promise you will wonder why you never did before.

The buzz is growing all the time with The Indieannas and now people want to come out at the weekend and on other occasions just to see them perform. There was a Facebook vote for an act to perform at the renowned Y Not Festival last year alongside the likes of Reverend and the Makers and everyone came together to win them the poll. It took 2800 votes for them to do it and it was amazing seeing everyone supporting them like that. The sublime skill of the band as individual people and musicians, and as a collective, has always been there but that ability to open up to other styles and incorporate it into what they do is in evidence with ‘Flying High’. The Stand were great and in a way I was disappointed when they announced that they were changing the band name because I had some great memories watching them as The Stand with everyone. Now though I can see why it was necessary. The opportunities are coming together for them as The Indieannas and the management have a hell of an asset on their hands. Those of us who saw them at all those gigs three or four years ago knew back then how good they were and I am so glad that people from all over are starting to see it too. As they continue to progress I will remember the Friday nights when we were watching them perform in places with the dodgiest ale ever known! They have always had that assured professional touch to their music and I can only see them getting better with the direction they have been moving in. If ‘Flying High’ is the radio-friendly bait to attract an army of new fans then go ahead, reel them in. Having seen the way that The Indieannas have started to make the breakthrough I am proud, and that talent will always win through if you match it with the belief and hard work. They’re flying high at the moment and they better make themselves comfortable, it’s only the start. 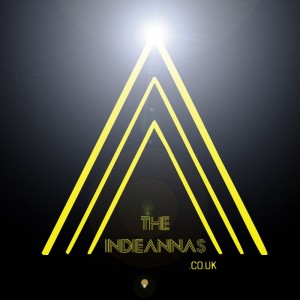