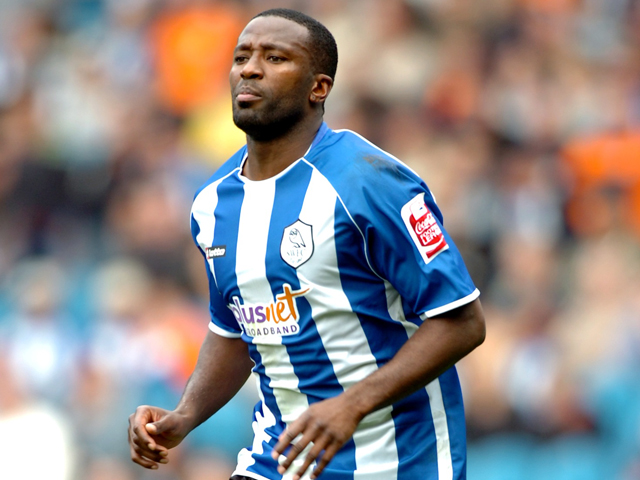 Although Nottingham-born, former defender Michael Johnson represented the nation of his heritage, Jamaica, during an 18-year career and he believes the country’s renowned love for music is unrivalled.

Michael, 38, featured in a colossal 656 club games in all competitions for Notts County, Birmingham City, Derby County and Sheffield Wednesday (on loan), as well as winning 12 international caps for Jamaica.

A fans’ favourite to this day at each of his four clubs, Michael always speaks of his former employers and supporters in glowing terms, enthusing similarly about his time with his national team.

“Jamaica is like no other country, our love for music is untouchable,” he said. “We were known as the ‘Reggae Boyz’, there was no bad taste in the national team as we all loved reggae music.”

“There was a little r&b but it was mostly reggae and everywhere we travelled the bus would be booming with music. We even had speakers fitted for the bus at the national stadium and we would have artists play before the game.

“The big characters were Darren Byfield, Jermaine Johnson and Claude Davis. It was brilliant.”

As an 18-year-old in the 1991/92 campaign, Michael made his professional debut for Notts County in the top flight, the last season before the Premier League began.

Neil Warnock’s Magpies were relegated that season and have so far never returned to English football’s elite.

Michael made the breakthrough into the professional game at a different time in virtually every aspect to today’s top level youngsters, perhaps echoed in the way he bought his first ever record.

“The first record I bought was ‘I Wanna Dance With Somebody’ by Whitney Houston. I just felt independent, I had a paper round for £5.05 so out of my money I bought that record for 99p.

“The kind of music I like though is reggae, soul, funky soul and Beres Hammond, D’Angelo and Queen Ifrica are my favourite artists.”

After leaving Notts County in 1995, Michael joined fellow Midlands club Birmingham City where he would experience some pretty sizeable occasions.

The Blues featured in four consecutive Division One play-off campaigns from 1999 to 2002, losing out three times in the semi-finals, twice on penalties.

Michael played the full 120 minutes of the 2001 League Cup final where Birmingham were defeated by Liverpool, yet again after a shootout.

Finally, the team managed to end the 12-yard lottery hoodoo by beating Norwich City in the 2002 play-off final to win promotion to the Premier League, Michael again playing the whole 120 minutes. 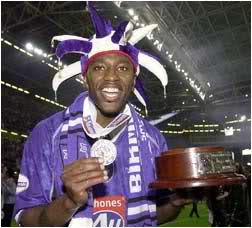 He made a handful of appearances in the 2002/03 season back in the big time before a move to George Burley’s Derby County, where he would go on to captain The Rams.

“Birmingham was class, we had a hard school for music. The likes of Paul Furlong and Dele Adebola always brought in their UK garage music.

“Derby was the same. Me, Matt Oakley and Steve Howard brought the dance music.

“Seth Johnson used to bring his iPod but his music was minging so it always got binned.”

Michael managed just six minutes of the 2005 Championship play-offs with Derby before suffering a knee injury which ruled him out of the remainder of the semi-final games with Preston.

Derby were beaten by North End that season but would eventually gain promotion via the same route two years later although Michael would miss out through injury. 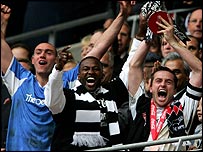 The 2007-08 season was a disastrous one for Derby as they registered only 11 points in the top division, Michael made two league appearances for the club either side of loan spells with Sheffield Wednesday and Notts County.

It was with Wednesday where he would make a huge impression in just 13 games, winning an army of fans to become one of the club’s best loved loan signings in their history.

His committed displays and defensive know-how helped to fix up an Owls backline that had succumbed to defeats in its first six league games of the season prior to Michael’s arrival.

“When I came to Wednesday Lee Grant and Marcus Tudgay were in charge of the music. It was decent, it would always be r&b or dance music.”

Ending his career back at Notts County in 2009, Michael managed the first team as caretaker for two games and the youth team for two seasons at Meadow Lane before leaving the club this summer.

“I do have a desire to one day manage at the top level. I’ve just taken on my Pro Licence so I have to go away and work at it for a year now.”

“I do Black Ice with Ian Taylor, we connect the sports world to the business world. We do sponsorships and we also do a lot of charity work involved in giving back to the community.”

Chaka Khan – I Feel For You