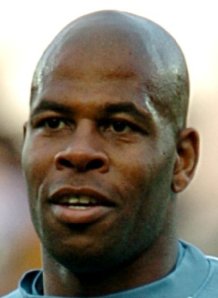 Around the turn of the century the UK garage scene was a phenomenon and no place loved the genre more than renowned Cypriot party resort Ayia Napa, as former Chelsea and current Oxford United defender Michael Duberry recalls.

“Ayia Napa was great for the music at the time. The garage scene was hot and all the top DJs and MCs were out there.

“It was just a great place to be, going to the beach in the day chilling with the boys listening to the music at the beach bar at Nissi beach. We would bring our own music for the man behind the bar to play, usually garage or hip-hop.”

The scene was flowing with a multitude of top talent and revellers at that time as UK garage and its many variations reigned supreme.

“We would be chilling and hanging with most of the DJs and MCs from the garage scene at the beach finding out where they were playing that night. Dreem Teem were the hottest DJs at the time and MCs PSG, Creed, DT and CKP were the top names, so they were the places to be wherever they were.

“A great venue, company and music, it was just a great vibe!”

The legendary collective the Dreem Team featured DJ Spoony, Timmi Magic and Mikee B and Spoony also had a hand in some of Michael’s pre-match music at one time.

“Usually someone always takes charge of the music before games, at Stoke I used to play my iPod. A hip-hop or funky house playlist would get played or my good friend DJ Spoony would do me a mix and that would get played.”

Michael, 35, was a Chelsea debutant in January 1994 and was a winning finalist with The Blues in the Coca-Cola Cup and UEFA Cup Winners’ Cup in 1998.

The club also lifted the FA Cup in 1997 and the European Super Cup in 1998 during Michael’s time at Stamford Bridge.

This period saw Ruud Gullit and after him Gianluca Vialli in the manager’s hotseat as well as an influx of foreign playing talent including Roberto Di Matteo, Gianfranco Zola and Gustavo Poyet.

It was however very much a homegrown trio of players who were in charge of the club’s festive get-togethers.

“I don’t remember having music on in the dressing room before games during my time at Chelsea but the Christmas parties were organised by myself, Jody Morris and Andy Myers. Andy Myers would DJ all night and play r&b, hip-hop, rare groove, ragga and all-sorts.” 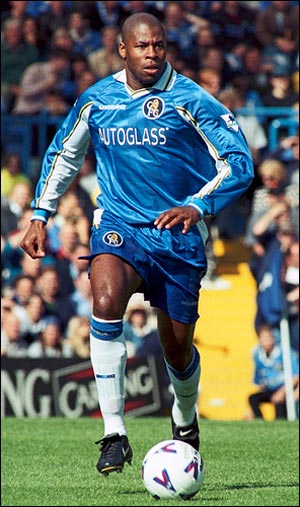 Michael joined Leeds United in 1999 for £4.5million and was a key figure in their famous September 2000 win over AC Milan in the Champions League during his stay at Elland Road.

Initially on loan at Stoke City in the 2004-05 season, he signed permanently and became club captain for the Potters.

A return to the Premier League came with Steve Coppell’s Reading in 2007 and although a staunch lover of music, Michael didn’t quite share teammate at the Madejski Stadium and USA international keeper Marcus Hahnemann’s musical preferences.

“Notorious B.I.G. and Jay-Z rank up there as my two favourite artists. Maxwell and Bob Marley spring to mind as well as Mary J. Blige, Keyshia Cole, Alicia Keys.

“The first record I think I bought was actually a cassette tape of Michael Jackson’s ‘Thriller’ album, I might have been around 10. Seeing Jay-Z at the Royal Albert Hall was brilliant with him bringing out Nas, and Gwyneth Paltrow and Coldplay’s Chris Martin singing.

“I often just think where would we be without music? I love the way it can put you in a great mood and give you good vibes.”

Michael was club captain at Wycombe Wanderers who he joined in 2009, before moving north of the border with St. Johnstone later that season.

After his time with the Saints ended this summer he has since signed for Oxford United and has high hopes for his new team.

“Personally I’m looking to continue the good form I had last year at St. Johnstone. On a team level I want to win something with Oxford, whether it be a cup or promotion.”

Outside of football, Michael is involved in an entirely different venture in his role as CEO of Mummy’s Online.Com which he runs with his wife Natasha.

“Mummy’s Online.Com is a cool online baby shop, we do cool and funky stuff that you would find on your high street for ages 0-3 years. I am heavily involved with the running of the business which I share with my wife Natasha.

“She does the day-to-day operation as I’m at football. We are very proud of the business and keep finding ways to improve our products and services.”

A couple of Michael’s favourite songs amongst a huge amount of others:

The Notorious B.I.G. Ft.Faith Evans – One More Chance / Stay With Me (Remix)

Method Man Ft.Mary J. Blige – I’ll Be There For You / You’re All I Need To Get By