Bournemouth have shown plenty of evidence to suggest they can adapt to Championship waters this season but one of their key attacking outlets, winger Marc Pugh, has a potential playlist addition that could rock the boat in the run-up to kick-off!

In over three years at the south coast club the 26-year-old has been consistently amongst the goals and assists. Along the way there has been a play-off campaign, an unforgettable promotion last season and their return to the second tier of English football after 23 years away.

Since manager Eddie Howe and assistant Jason Tindall rejoined from Burnley last October the moments to savour for Cherries fans have been vast. A 2nd-place finish in League One has been followed up by some encouraging results this time around in the Championship.

As it stands, the team are 14th in the table and former Burnley youngster Marc has struck four goals so far. The ambition and upward trajectory of the club has gone hand in hand with a positive and forward-thinking atmosphere amongst the playing personnel.

Cherries striker Brett Pitman and club legend Steve Fletcher have both discussed music and football on here in the past and it was revealed last season that now-scout and ambassador ‘Super Fletch’ had put together a team playlist for match days. This comprised the song choices of each squad member so the question for Marc is: does the former frontman still manage to impact upon the sound system in any way?

“No, we don’t see too much of Fletch’s playlist now but it’s usually either Miles (Addison) or Franno (Simon Francis). They play a lot of dance music so it’s quite good, it gets you going for a game.”

As is explored on here in each interview, the role of team DJ is not for just anyone! It takes a certain level of understanding (or maybe luck) to strike the balance and get a group of players on the same page just before kick-off. It is not too inaccurate to suggest that if Marc was to hijack the playlist with the first album he bought it could potentially throw it all off track…or just maybe completely hit the mark!

“The one I remember, I think I was on a school trip in France, I think I bought Shaggy! It was a good album at the time but I’m not too sure about it now.
“My favourite genre of music is probably r&b, I listen to it all the time. I like various artists and I haven’t really got a favourite, so just a bit of everything.” 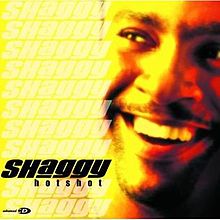 Manager Eddie Howe’s love of 80s favourites A-ha has been alluded to previously on the site but are there any individuals’ music tastes at the club that Marc would give a swift seal of disapproval to?

“To be honest there’s a few, I’ve been known to have the odd dodgy tune on my iPod but there’s one tune I used to hate. Miles (Addison) used to play it all the time, I can’t remember the name of it but to be fair his music choice has improved the last couple of months so it’s not too bad now.”

Growing up in Stacksteads in Lancashire, Marc got the opportunity to sign for his boyhood team Burnley after he left school in Rawtenstall. Unfortunately, his only first-team appearances during his time with the Clarets were with Kidderminster Harriers of the Conference on loan. After the setback of being released by the club in 2006 he joined Bury in League Two, making the all-important steps towards the established and well-known Football League player he is today.

Although the days of top flight youngsters serving their apprenticeships at clubs the hard way by cleaning the pros’ boots and suchlike are over there is still a huge degree of character building for those finding their way in the other divisions. There have been far worse tasks given out than having to sing in front of teammates as a new player at a club but this initiation procedure still gets the nerves jangling for most. The spotlight and scrutiny has fallen upon Marc on two separate occasions, as he recalls.

“I had to sing when I was at Burnley and it was around Christmas time so me and another lad sung ‘Jingle Bells’. When I signed for Bournemouth I sung a song out of ‘There’s Something About Mary’.
“‘Build Me Up Buttercup’ – I looked a bit of a plonker but it’s all part of the fun!”

It might be all the more daunting having to sing for an audience alone but what if Marc could choose a teammate or two to get involved? He opted for a former Brighton youngster, as well as a Welsh midfielder who bamboozled Steve Fletcher with his vocal performance after first joining the Cherries!

Besides the likes of defender Steve Cook and winger Ryan Fraser, former Bradford City man Simon Francis has been particularly impressive so far in 2013/14. Notts County winger Jamal Campbell-Ryce was a teammate of Francis at Southend United in the Championship and he commended both his on-pitch ability and his musical nous when interviewed on here. Francis also sprang to mind for Marc when thinking of the Bournemouth players who give it their all when it comes to showcasing some moves off the field.

“We’ve got a bunch of great dancers I think! None have stood out to be horrific, Franno likes to think he’s got a bit!”

As every Cherries fan is acutely aware, the turnaround in fortunes at the club in the past few years has been simply magnificent. Administration brought a ten-point deduction that resulted in relegation from League One in 2008 and the survival in League Two a year later under Eddie Howe following a 17-point penalty was nothing short of miraculous.

Promotion to League One in 2010 and to the Championship earlier this year are defining moments in the club’s modern history and although Marc had yet to join while the true turmoil was going on he has appreciation for what went before and also what makes the club special.

“I think it’s such a good family club and everyone gets on, even people who work for the club. I think there’s a lot of great characters around the club and I’ve always got on well with everyone and enjoyed the training, so that’s a big part of it.”

With a consolation in the 5-1 loss at Huddersfield in August, the winner at home to Barnsley in September, a last-gasp equaliser at Nottingham Forest and an impressive effort at Leicester last month, Marc has proved his worth once more. He scored eight times en route to promotion last season after hitting 12 and 13 in the two previous campaigns.

The ex-Hereford man has every reason for happiness and further ambitions with regard to his career and also his life away from football. While at Shrewsbury Town, he was on his honeymoon during one summer when he was informed that the club wanted to move him on! Now as a Championship player though and with two daughters with wife Laura there is reason to smile every day. Marc gives an insight into his interests and goals in a wider sense than the beautiful game.

“I enjoy a bit of everything to be honest. It’s great having the beach down here and I love long walks there with the family.
“Long-term ambitions – I am into my nutrition and I would like to go into that when I finish playing football. I need to think about it a bit more once I finish actually, there’s a lot of things I am interested in but I haven’t nailed down something that I do want to pursue after my career yet.”

With over 300 career appearances, Marc can definitely consider himself an experienced pro but it is actually just eight years since his first-team debut for Kidderminster. Plenty of esteemed campaigners have featured in the same Bournemouth side as him in recent times but his response to the final question gives him the chance to honour the elite of his entire career colleagues so far.

The way this works, for any first-time readers of the site, is to get the player to select a fantasy 5-a-side line-up of the best players they have ever worked with. The team must include themselves and Marc chose to pay homage to those he looked up to the most while he was a prolific goal-getter in the Burnley youth and reserve teams. He can hardly be blamed for the man in the middle in his side either!

“Brian Jensen (goalkeeper) – I was at Burnley with him and there was one season he was on absolute fire. He’s such a big guy and people just couldn’t get past him at the time and he had one season where I just thought he was unstoppable, so he’d have to go in goal for me.
“ John McGreal (defender) – he used to play for Ipswich, he came to Burnley and he just won everything in the air. He was such a solid defender so he’d have to go in.
“In midfield I would have alongside me – Paul Gascoigne. When I was at Burnley he joined the club so even though I didn’t really play with him – he was in the team, I was in the youth team – I’d have to have him in there.
“We went over to watch the first team training and he was just out of this world. His passing and his ability – everyone knows what a great player he is.
“Up top – Robbie Blake. He was a fantastic player, I think he was 28/29 at the time and he was in the form of his life.
“I think he hit 20 goals that season (22 goals in 2003/04 for Burnley) and he’d have to be up top for me.”