Versatile Scottish international standout Jennifer Beattie flew south for a new adventure with Montpellier HSC this summer after four years with Arsenal Ladies filled with trophies and memories of the team on tour that will not be forgotten in a hurry.

When the announcement was made in July that Arsenal would be saying goodbye to Jenny along with teammate and goalkeeper Rebecca Spencer there were the archetypal mixed emotions in some respects. Since joining the Gunners from Celtic four years previously Jenny had pushed her young career onto a new level, winning seven major honours and further emerging as one of Scotland’s most intriguing prospects.

The 22-year-old has proved her range of capabilities on the field by impressing whether at full-back or in a forward role and her eye for the spectacular finish has grabbed the attention too. Having left Arsenal she chose the challenge of France’s Division 1 Féminine with Montpellier HSC and it has paid dividends in the opening stages. The team looks again amongst the strongest in a league typically dominated by Olympique Lyonnais and the lifestyle in the south of the country would attract many people.

One thing that is hard to deny for Jenny though is her feeling for her friends and teammates back in the UK and it was pretty obvious when she had to come up with a player she would choose to record a song with!

“I would choose three – Ellen White, Kim Little and Steph Houghton. We would all sing One Direction ‘What Makes You Beautiful’.
“The song and the band remind me of good times with them on the bus travelling to away games with Arsenal.”

The sporting prowess and tradition is extremely strong in Jenny’s family with her father John a Scottish rugby union international and a British & Irish Lion in his career. Her brother Johnnie also currently represents his country in the sport and he plays his domestic rugby in the same city as his sister, with Montpellier. While Jenny has set out her own path through football she has another genuine area of interest that takes up her time and it is certainly an expressive outlet.

“I’ve always loved music. I’ve been playing the guitar since I was 17 and I really enjoy learning and writing songs.
“My favourite thing to do outside of playing football is going to live music venues and watching bands or artists play.”

When the subjects of Arsenal Ladies and music cross paths one name that is always likely to come up is right-back Alex Scott. The England star’s role as dressing room DJ in her career has been mentioned on here by players ranging from international teammate and Chelsea Ladies forward Eniola Aluko to former US international midfielder and one-time Boston Breakers counterpart Leslie Osborne. With that in mind, which other players in Jenny’s career so far have been in charge of the team’s music and which sounds have really hit the mark?

“Myself and Steph Houghton used to sort a playlist before most games, if not then anyone would just put a song of choice on from their iPods. It mostly consisted of r&b or dance music with a good beat behind it to get everyone up and ready for the game.
“Here in Montpellier, again there’s much of the same. Rihanna and Drake are pretty popular at the moment, or French rap that I still need to learn!”

This year has brought about some changes for Arsenal Ladies and besides missing out on the FA Women’s Super League for the first time, though with only one defeat and a three-point deduction too, they saw the retirement of a club great. A true legend in Welsh women’s football, midfielder Jayne Ludlow spent 13 years with Arsenal during which time she won 26 trophies and was captain as the Gunners won the quadruple in 2007.

Considering her displays in the midfield engine room she was hardly likely to give anything less than her all when it came to singing for her team. Jenny recalls one instance in particular and is in no doubt that the current Reading FC Women manager is the most noteworthy she has seen when it comes to this kind of challenge.

“100 per cent – Jayne Ludlow. She showed her inner rock star when she performed in Japan during our team’s pre season trip.
“She went on stage with a previous Arsenal Ladies player who is now in a rock band and sang her heart out. Hilarious and very memorable to say the least…she almost crowd surfed.
“I haven’t (sang) yet by myself…thankfully!”

Just like Jayne Ludlow there is a player in the Gunners squad at present who has given outstanding service to the club in her career. The Irish defender in question has masses of domestic honours to her name from 15 years with Arsenal and also captained her country, winning 102 caps before international retirement earlier this year. Her music choice could be considered vintage, much like many of her performances, but Jenny goes for a slightly alternative view!

“Worst taste unfortunately was Ciara Grant – sorry Ci! (She) was never keen on listening to any recent music and always requested ‘Bette Davis Eyes’ (Kim Carnes) in the changing rooms.”

Sticking with the Irish theme, although Jenny thinks Hear’Say were the first single she bought, the honour of her first album went to a group who managed to last a little longer. Besides all the number one songs there was another reason why she went with them at the time!

“Struggling to remember this one but I’d imagine my first album would have been from the ‘boyband’ genre! I had a serious crush on Shane from Westlife.
“’Coast to Coast’ album, so I would have been 10.” 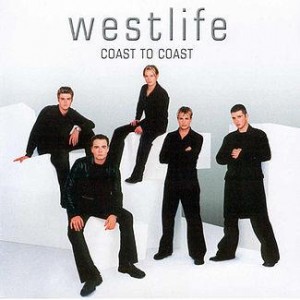 Among the personal highlights for Jenny in her time with Arsenal was the hat-trick she bagged in the Champions League against Barcelona in 2012. The former Queen’s Park player has yet to experience a World Cup or European Championship but Scotland notably came close to making Euro 2013, only to be denied in cruel fashion in the play-offs by a very late Spain winner from one of this site’s past interviewees, Vero Boquete.

Qualification for the 2015 World Cup is the objective under Swedish coach Anna Signeul and there are also a number of Scottish internationals plying their trade abroad now. Midfielder Hayley Lauder (Mallbackens IF), as well as striker Jane Ross and defender Ifeoma Dieke (both Vittsjö GIK) have featured in Sweden, while striker Lisa Evans represents Turbine Potsdam of Germany.

One of the attractions to the Montpellier switch for Jenny was getting the opportunity to play amongst established international stars who competed in Euro 2013. The Montpellier squad consists predominantly of French players but a 24-year-old from much further afield is providing Jenny with lighter moments as she continues to settle in to the surroundings and language. One factor above all else has tested her so far though.

“The heat! Training and playing in 25-30 degree heat every day has been tough, (I’m) getting used to it now though.
“The coach (Jean-Louis Saez) trying to speak English has been funny at times – it’s nice that he tries! I find it amusing speaking French to Rumi (Utsugi), our Japanese midfielder – it seems bizarre a Scottish girl and a Japanese girl communicating in French.“

Montpellier have made a positive start to this Division 1 season and are 4th after their first five fixtures, with a game in hand on the three teams above them – (in ascending order from 3rd) Paris Saint-Germain, Juvisy and Olympique Lyonnais. There are 12 teams in the league and although the current top four are most definitely seen as the chief contenders Lyon have long been dominant, winning the last seven titles. Montpellier were champions in 2004 and 2005 and one of the players they hope will be the catalyst for success this time is Swedish forward Josefine Öqvist, who has four goals already.

Jenny scored on her debut in a 2-0 win away to Rodez A.F. on September 8th and after her success in the WSL with Arsenal it could undoubtedly help her progress further still by testing herself in a new footballing backdrop. The interest in women’s football in England keeps growing and while sceptics will always remain, the reaction after the national team’s group exit in Euro 2013 indicates a greater acknowledgement for our female players than ever before.

It was clear to see the unwavering support from host nation Sweden in the Euros this summer and naturally the hope is that England’s Lionesses can experience it from home fans too one day. Though the reasons for optimism are undeniable there is still a way to go for the women’s game in England so how far along does Jenny think it is in France in comparison?

“I think it is much of the same here, like you say, women’s football has made a huge amount of progress over the past five to ten years. In terms of playing in France, it is at a really exciting stage.
“Even though the national team were disappointed with their performance in the final stages of the European Championship (losing quarter-finalists) you can tell they are all still really proud of their performances in the tournament and believe they are one of the best teams, with some of the best players in the world.” 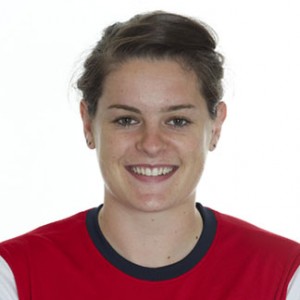 We heard earlier how important music is in Jenny’s life but there are some separate ambitions populating her thoughts too.

“I’d like to go back to university one day. I have my undergraduate degree in Business Management that I attained whilst in London playing with Arsenal, but I’d like to study a postgraduate or master’s degree somewhere down the line.
“For now I just want to enjoy playing professional football and be able to put all my energy and focus into Montpellier HSC.”

It is over five and a half years since Jenny played for the Scotland senior team for the first time and it is fair to suggest that it has improved considerably since then. The players wearing the jersey are top level athletes and PFA Women’s Player of the Year and Arsenal midfielder Kim Little is glaring evidence of that. Jenny reserves a spot for her former Gunners counterpart as she takes on the site’s regular concluding question.

Selecting from the best career teammates she has had so far, Jenny named the four players she would choose alongside herself in a 5-a-side line-up.

“Goalkeeper: Emma Byrne – the best goalkeeper I’ve ever played with and a great communicator on the pitch. Defender: Gilly Flaherty – rapid off the ball and just a great out and out defender.
“Midfielder: Kim Little – so creative and skillful, scores goals for fun. Striker: Kelly Smith – easy reason, she is the best player in the world.”