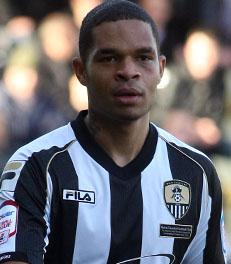 Notts County defender Dean Leacock may be London-born but his roots have almost led to international honours with Barbados, and at the top of his tune choices is a homegrown artist who also shares a reggae-infused heritage.
The ex-Derby County and Fulham man identifies some of the most instantly recognisable names from today’s hip-hop scene in his list of favoured performers but he also reveals a strong feeling towards an artist who comes out of Lewisham despite his Jamaican background. The clear presence of reggae in Dean’s collection is undoubtedly down to his own family-influenced musical foundations, as he explains.
“Maxi Priest is someone I’m a big fan of and I’ll listen to a lot of reggae when I’m chilling at home. I’ve got very similar taste to when I was younger, although the artists have changed since then, and being around my Mum a lot definitely influenced me.
“The first record I ever had was one my Mum bought me for Christmas one year and it was ‘Pure Swing’, an old school r&b CD with artists like R. Kelly, Bobby Brown, Mariah Carey. I like Trey Songz, Drake, Lil Wayne, Rick Ross, hip-hop and r&b mainly but a little bit of dance. 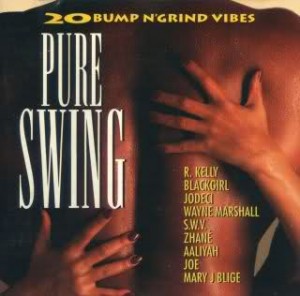 “My all-time favourite would be Michael Jackson. I’ve seen Drake in concert in Manchester a few years ago on his first tour of the UK and he was unbelievable.
“Usher was incredible too, a proper performer, so him and Drake are the two that stand out. There was also a Michael Jackson tribute act I saw in Nottingham.’’
After 17 games of the League One season Dean is part of a Notts County side currently in 5th place in the table and he has been a mainstay for Keith Curle’s Magpies since his move to Meadow Lane in the summer. In addition to his displays in the backline he has made a contribution with the pre-game sound selection, even though the captain may be a dissenting voice!
“A lot of the players like their hip-hop and r&b, home and away a few of the lads have their earphones in but I’ve had my iPod in sometimes. I’ve not had too many moaning and groaning at it so far, Jamal Campbell-Ryce likes the same as me but Neal Bishop is one who doesn’t really seem to like it!’’
Dean has some people close to him who have made their own forays into music, although he has yet to take an active role in the area himself.
“I haven’t but I’ve got a friend who’s into it and was always on the decks and DJing. My wife’s brother is a DJ and he made a song with her and he does some gigs too which I’ve been to.’’
While with Leyton Orient in the last few months of the previous season Dean saw a player who was on loan at the club from Southampton performing in front of his new O’s counterparts. At 28 though Dean has so far dodged the bullet with having to sing for his teammates!
“I’ve never had to do it so far, when I was at Fulham I don’t know if it was a big thing like it is now. At Leyton Orient last season Ryan Dickson did Will Smith, ‘The Fresh Prince Of Bel-Air’ theme tune.
“Out of the bad ones I’ve seen – Ben Pringle (at Derby). There used to be me, him and Miles Addison round at each other’s house and well, I think they think they’re a bit better at singing than they are!’’
The path to Dean’s current role as a promotion-chaser at Notts County began with his Premier League grounding in the game with Fulham. Having made his Cottagers debut in the Worthington Cup in December 2002 at 18 away to Wigan he eventually made his first league appearance in September 2003 in a 2-0 win at Blackburn. In the 2004/05 season he spent a number of months with Coventry City in the Championship. His professional debut had been given to him by Jean Tigana but Chris Coleman was the manager who gave him the vast majority of his experience in the first team at Fulham.

In August 2006, Billy Davies in his first couple of months in charge at Derby signed Dean for £375,000 and the defender’s first season as a Rams player could barely have been more memorable. He featured 42 times in total as the club won promotion to the top flight following a 1-0 victory over West Brom in the first Championship play-off final at the new Wembley. Although he would play in a further four campaigns at Pride Park, including an ill-fated solitary year back in the Premier League for the club, the first season was the undisputed highlight for Dean and a number of Derby players. His last Rams appearance came in May 2011 against Reading but the 2006/07 season and the Wembley glory to end it is securely placed in his affections.

“It was the best thing in my career so far – an amazing feeling to go up through the play-offs. People say if you’re going to do it then that’s the best way if you can guarantee it and I’d have to agree with them.
“The atmosphere was unbelievable and with my family there too, it will always stay with me.’’ 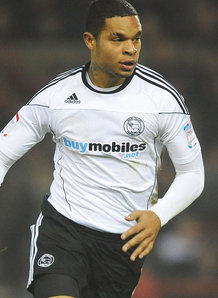 After arriving at Leyton Orient in January he was part of the O’s side who narrowly avoided relegation from League One and this summer brought about a move back to the Midlands, where he had spent so long with Derby of course. Notts County boss Keith Curle has installed Dean as a key fixture in his defence and the early signs for the team this season have been extremely promising as they sit in the play-off places. Dean has in the past seen his progress beset by injuries so he is naturally delighted to have played 19 times in the opening months of the campaign.
“I’m feeling great, it’s probably been the best so far out of the last few years for me. They’re all good players here and I think we’ve got a great chance of automatic promotion.
“With the teams we’ve played we’ve given a good account of ourselves and we’ve been very unlucky with a few of the home games. If we can change the home form then I’m 100% that we can finish in the top two.’’
County are three points from the automatic promotion places and are the last remaining League One team to be unbeaten away from home. Dean has settled in well and he attributes a significant proportion of the team’s impressive start to his manager.
“There’s a very relaxed atmosphere around the club as a whole and a lot of that is down to the gaffer. He wants us as players to go out and express ourselves in the right way and I think that can only be a good thing.
“We train at Burton which is only round the corner from me and they’re top, top guys here both on and off the pitch. It’s really relaxed and I think we take that onto the pitch.’’
In the past it has been suggested that Dean may make his way into the international scene with the nation of his heritage, Barbados, and although it has yet to materialise he could yet appear for the country Wigan defender Emmerson Boyce captains.
“A few things happened and we couldn’t get it sorted, they called me up and asked if I was interested. I thought I wasn’t really going to get a chance with England as you have to be playing week-in week-out in the Premier League to have a chance, so I looked at it.
“I’m still young, or youngish, and I hope I might still have the opportunity at some point.’’

This site’s customary concluding section of the interview asks the player to place themselves in a 5-a-side team, surrounded by the best four they have ever worked with. When choosing his line-up Dean went for a clean sweep of Fulham teammates, and each of them has represented their respected national team on a number of occasions.

“In goal – Edwin van der Sar, a brilliant keeper, an unbelievable presence and a really nice man as well. Alongside me – Chris Coleman, a proper, top, top man who was unlucky to have a serious car crash (at 30 years old) because he could have gone on to big things.

“Up top – Louis Saha, one of the best I’ve ever seen, no one knew which footed he was because he was that good at Fulham. To finish it off (in midfield) – John Collins, he used to run the show because even though you knew what he was doing it was so hard to stop.

“I have a lot to thank him for, he was an old head who was always there for the younger players and that’s what you want at that age.’’