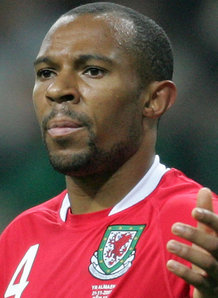 After six seasons in the Premier League, 46-cap Welsh international defender Danny Gabbidon is acclimatising to his new surroundings with Championship high-flyers Crystal Palace. The former West Ham United man is one of the footballers who takes the opportunity to get on the decks in his free time and his sound choices have evolved somewhat since his days playing the music of one 80s hitmaker in particular!
The Cwmbran-born ex-Cardiff City favourite has also represented West Bromwich Albion and Queens Park Rangers since his professional debut in March 1999 and for a player who has graced the top level of English football as well as the international scene it is interesting to hear how he compares the nerves of it to DJing.
“I’ve got decks at home and some records and CDs and I do a little bit (of DJing) at home. Once or twice I’ve done a charity gig and played at one of my mate’s bars before.
“It’s something I do like, it’s different to football and probably more nerve-racking than playing in front of 20-30,000 people. I really love music and when I get time to go on the decks I do so.
“To be fair I like a bit of everything, I don’t really have a particular style, I just listen to whatever is good so it could be house music, or garage, r&b, alternative or jazz. I don’t try and listen to just one thing I like a bit of everything.
“I dislike the heavy rock stuff, I don’t listen to it that much but apart from that if it’s good music and well-made I tend to like it.’’
The insight into Danny’s current music taste covers a fairly varied range, but it is perhaps unlikely that a certain singer hailing from his homeland would make it into his list of favourites nowadays. One of the records by the well-known Welshman in question was the first Danny ever bought, as he explains.
“When I was younger I liked Shakin’ Stevens! It’s a bit embarrassing to admit I had his records and I think I’ve still got them at home, so I know it was something by him but I can’t remember exactly what as I was just a kid.’’

Danny joined Crystal Palace three weeks ago having left QPR in the summer after a season at Loftus Road and he comes into a club flowing with vigour after a run of six league wins and a draw from their last seven games. Dougie Freedman’s side are 4th in the Championship after the opening ten fixtures and for Danny it has been a case of settling in and bringing himself back up to match-fitness.
“When you move to a new team it’s a bit hectic at first, I’m trying to get myself fit so I’m working hard with that and trying to get to know the lads and find somewhere to live. It’s all been a bit hectic but I feel like I’ve settled in now and my fitness is getting good and I’m not far away from being involved with the team, so I’m enjoying it.’’ 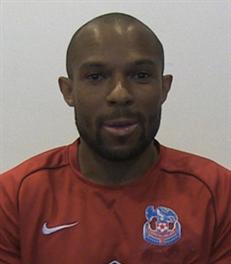 With a seasoned appreciation of music like Danny’s it would be easy for him to spot someone with rogue tune choices but he has been reasonably impressed with his Eagles teammates’ preferences so far. Young forward Wilfried Zaha has attracted a lot of attention in the early years of his career, with a brace in last weekend’s 4-3 win over Burnley too. The 19-year-old plays his selection at the club’s Beckenham training base and Danny has also been pleasantly surprised by the tunes on offer from someone who is known to some (including his ex-Norwich City colleagues) as ‘Wilbrahimovic’!
“At the training ground Wilf (Wilfried Zaha) sticks his iPod on. Aaron Wilbraham surprisingly has a good iPod and is into his r&b and hip-hop, which I didn’t really see coming from him, but he’s got some good tunes on there so they’re the main two.
“Sometimes I’ll stick mine on if it’s available and I’m still around. I haven’t heard anything too bad so far, everyone seems to have good taste.
“There’s plenty of r&b and rap and sometimes some alternative stuff too, so they’ve all got pretty good taste to be fair, I’ve heard nothing bad yet.’’
Hearing which artists or bands someone has seen live can on many occasions be a sure sign of the strength of feeling they have towards that particular act. Festivals are a slightly different example due to the high amount of performers on show throughout the duration but Danny can name a few he has watched in person and it is an all-round experience he seeks when he goes to a gig.
“I’ve never been to a festival and it’s only over the past few years I’ve started going to gigs to see people I really like. The last one was Jay-Z and Kanye West but I’ve also been to see Beyonce, Usher, Prince and Stevie Wonder.
“I like to see performers who can sing and dance as well.’’
Having emerged through the youth team, Danny signed professional forms at West Brom in 1998 and it was during his time at The Hawthorns that he was part of a young trio singing in front of the Baggies’ established senior players. The song they performed was a big hit for Elvis Presley in 1969 but is one I personally associate with South Park after the character Eric Cartman sang it in one episode!
“The only time I had to sing was when I was a YTS (Youth Training Scheme) (player) at West Brom and we had to do it at Christmas time to get our money off our professionals for cleaning their boots. They made all the youth team sing, and three of us did Elvis Presley’s ‘In The Ghetto’ and I was one of the backing singers.
“I’ve gotten away with it at most of the clubs I’ve been at; usually you have to initiate yourself into the team and sing something. I don’t know if I have to do it here but I’ve got away with it so far.’’
Despite Danny’s on-field career only starting in the late 1990s, the face of football has changed considerably since then, with the status of youth players a particular contrast. It was however the up-and-coming performers at Loftus Road that did well enough to be the most memorable out of all the players Danny has ever witnessed singing in front of teammates. 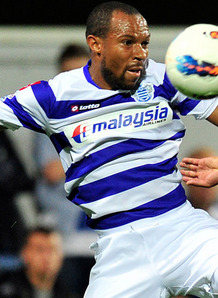 “I probably couldn’t name one person but last season at QPR we did a similar thing with the youth team and without naming names there were some really good ones. Some of them were really shy but a few were dancing with props and everything so I’d say last season’s youth lads at QPR.’’
After his breakthrough at West Brom under Denis Smith and latterly Brian Little, Danny was allowed to leave the club by Gary Megson and he joined Cardiff City early in the 2000/01 season, initially on loan. In his first year at Ninian Park the club won promotion to the third tier after finishing as runners-up in Division Three (now League Two). The following campaign saw the Bluebirds reach the Division Two play-offs and they would gain promotion to Division One via this route in 2003. Following over 200 games, 10 goals and two further seasons with the club in the second tier he was signed by Championship play-off winners West Ham for their first season back in the Premier League in 2005.
As a member of the Division One PFA Team of the Year in 2004 he had a superb first season with West Ham as the club finished 9th in the top flight after two years away. Alan Pardew’s team were only denied the FA Cup in May 2006 by virtue of Steven Gerrard’s sensational injury-time leveller in a 3-3 draw at the Millennium Stadium and a defeat in the penalty shootout. Danny was a key part of it all that season and he was rewarded with the club’s ‘Hammer of the Year’ award.
Over the following seasons injuries curtailed Danny’s progress considerably but he re-emerged to play consistently throughout much of his last campaign at Upton Park, which sadly for he and the club ended in relegation. He featured 19 times in his solitary season at QPR as the club successfully avoided relegation from the top flight but departed this summer.
Now seeking a return to action at Palace as part of a highly promising squad at Selhurst Park it is a case of looking forward with optimism. He did cast an eye back over his international experiences however and recalls some of the music involved in the Welsh dressing room.
“To be fair, with my time with Wales it was me putting on the music a lot of the time. When I first got into the team there wasn’t really any music played in the dressing room.
“When (John) Toshack was manager he didn’t like music in the dressing room so it was quite quiet. Usually myself, Rob Earnshaw, or sometimes Aaron Ramsey put the music on and we’ve all got similar tastes.
“There’s nothing worse when you’re trying to get motivated for the game and there’s bad music on, so usually I try to put some good stuff on.’’
Danny actually retired from international football in 2010 but later reversed his decision after persuasion from the late and lamented former Wales player and manager Gary Speed. With 46 caps for his country, Danny has stated his desire to remain available for selection under new boss Chris Coleman but the immediate aim is of course domestic football with Palace. One of the highlights of his international career was as part of the team under Mark Hughes that came so close to Euro 2004 qualification before defeat to Russia in the play-offs. Wales beat Italy 2-1 in front of over 70,000 at Cardiff’s Millennium Stadium in October 2002 and Danny provided the pass for John Hartson, who in turn supplied Craig Bellamy for the winner. That night went down in history for Welsh football supporters and there is a fairly strong influence from Danny’s international teammates in his selection for the regular final question on here. Here is the 5-a-side team he would choose comprising of the best four other players he has worked with in his career, to go alongside himself in the line-up. 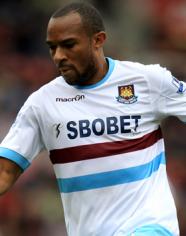 “In goal I’d probably have Paddy Kenny because he’s a very good keeper and shot stopper and he’s also a good lad with good banter. At the back I’d have James Collins – I’ve played with him at Cardiff and West Ham and he’s one of my best mates and best players I’ve played with.
“Ryan Giggs is obviously an unbelievable player and after getting up close to him with the national team and training there’s no way I could leave him out. The striker would be between Craig Bellamy and Rob Earnshaw.
“I’d go for Rob as he’d kill me if I didn’t pick him, he’s another one of my best mates, I’ve played with him for Cardiff and Wales. He’s a great player and great goalscorer, some of the goals he scored when he was at Cardiff were fantastic and he also did it for the national team.’’