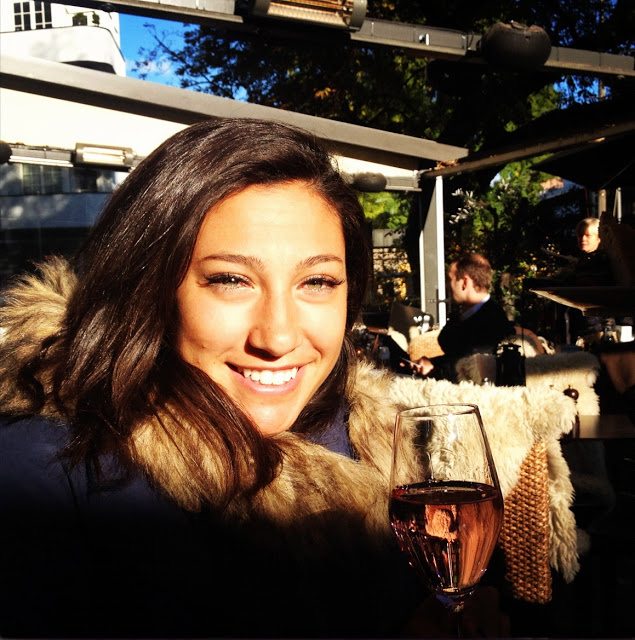 Tyresö FF forward Christen Press regularly charts the parallels between her life and her career and in a year that has so far heralded an incredible introduction to the US Women’s National Team it seems that there is another force helping her to light the fuse.

An amiable 24-year-old from Southern California, the former Pali Blues and magicJack striking talent is currently at the beginning of her second season in the Damallsvenskan, Swedish women’s football’s top flight, this time with 2012 champions Tyresö. Last year saw her win the Svenska Cupen (Swedish Cup) with Kopparbergs / Göteborg FC in a campaign that sparked a series of enlightening moments for her on and off the field, as well as ultimately instigating her welcome into the national team’s plans in the opening months of 2013.

To suggest that she has made an impression in Tom Sermanni’s US team since her opportunity arrived would undeniably be understating the point. In her first seven games in national team colours Christen has hit the target six times, beginning with a double against Scotland in a 4-1 win in Jacksonville, Florida in February. In the most recent of her international appearances, she netted twice in a 3-1 success over the Netherlands in The Hague on April 9th. Ahead of kick-off in this game she recalls how her colleague and triple Olympic Gold medallist Heather O’Reilly came over to tell her how imperative it is in a noisy arena for a forward to exude the kind of body language that the team can connect with and flourish from. Christen sees non-verbal communication as having a universally powerful quality and she details how she believes her sport and a separate love of hers fit into this notion.

“Well I think music and football have that in common. Even without being able to understand the words, music has a message ingrained in its rhythm.
“With my experience playing on a very international team (with Tyresö) with two Brazilians, two Spaniards, a Dane, and a Dutch, soccer is an international language of its own! Both soccer and music bring together people of all different cultures, backgrounds, and languages.’’

The all-time record goalscorer at Stanford University, from where she graduated with a degree in Communication and Psychology, Christen is a captivating person once you explore beyond simply the headline-grabbing attacking gem seen on the field. An extremely considered and thoughtful individual, she believed the break-up of Women’s Professional Soccer in 2012 and her subsequent move to Sweden would signal the end of her wish to play for the national team. A year later however, a journey that was made with the aim of finding freedom and enjoyment has led to her dream finding her.

The 2011 WPS Rookie of the Year with magicJack is a great believer in the assertion that it is the effort to attain something, especially in football, that makes it worthwhile. There are many contributory aspects on such a path to success and Christen shares how music comes into play, as well as what it means to her.

“I think pre-game music brings a team together and creates an energy in the locker room. It’s a way for us as players to celebrate the blessing that our job is so much fun.
“I love all different types of music. I have an affinity for sad, calming, some call ‘emo’ music, but I love a good anthem in my iPod as I walk around the city.’’

Exploring nearby Stockholm is a favoured pastime for Christen when she is not preoccupied with her duties as a Tyresö player and that time to reflect and relax is cherished. Fans and observers of the US Women’s National Team meanwhile are extremely enthused about her future with the squad after such a terrific start to her career on the international stage. She was the first US player to score three in her first two games for her country when hitting the mark as a substitute in a 3-1 win against Scotland at LP Field, Nashville on February 13th, and she describes her integration into the fold thus far.

“I think a lot of different factors go in to feeling a part of the team. A lot of it has to do with simply how a game goes: the other team’s style, how we problem solve on the field, etc.
“But I think positive non-verbal communication from my teammates makes a big difference.’’ 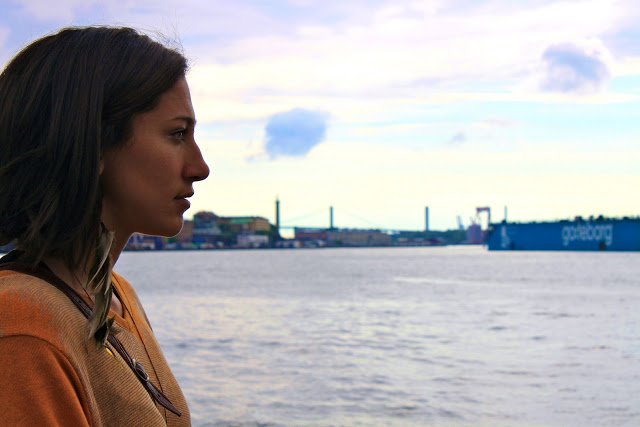 Since running this site I have garnered opinions from players of club and national teams and music has always been cited as an invaluable device for uniting a group of teammates. The US team embrace this as much as anyone and forward Sydney Leroux was the most recent player on here to offer an insight into their locker room scenario in this respect. Midfielder and forward Lauren Cheney leads the way with the team’s playlist and Christen certainly endorses the job she does before they take to the field.

“The US Women’s National Team prefers sing-alongs, whereas a lot of other teams prefer pre-game dance music. The locker room is super high-energy, a lot of smiling, singing, and a manifestation of our passion for the game.
“Cheney does a good job of playing songs the team can get into and reading the team’s mood and vibe!’’

Before breaking through in emphatic fashion, Christen travelled to the 2012 London Olympics last year as an alternate for the team en route to their latest Gold medal. Singing along collectively while preparing for the game may be a staple part of life on the national team but the spotlight scene of a solo vocal performance is not a prospect that she has faced as yet!

“All my teammates are lucky they haven’t had to witness that! I have had a few musically talented teammates: Shannon Myers, Olivia Schough, Caroline Seger, and Marta all have sang for me… and they are all pretty good!’’

The first record a person ever bought or had is often a sure-fire way to get an authentic glimpse into the time in which they grew up and with Christen the theme is unashamedly 90s.

The 2010 Hermann Trophy winner, Christen currently lives with three of her Tyresö teammates. One is fellow American and long-time friend Meghan Klingenberg, and the others are Spanish national team stars Jenni Hermoso and Vero Boquete. In her interview on here in February, Vero talked about how music can sometimes help her to understand English better. Currently, Christen and her housemates are communicating with each other via the Spanish and English each of them know, with Christen drawing on what she learnt while studying in Madrid for three and a half months while in college. The living arrangements have certainly allowed them to bond but it does mean there is less time for another language!

“Well, my Swedish progress has sort of been thrown out of the window as of late, since now my household is working with the Spanish-English connection, but I learned a good amount of Swedish last year. A useful Swedish phrase for me is: ‘Jag är grinig’, which means ‘I’m cranky’!’’

After finishing 4th in the Damallsvenskan and winning the Swedish Cup with Kopparbergs / Göteborg in 2012, Christen has enjoyed a hard-fought but sparkling opening to the 2013 season with defending champions Tyresö. Amongst the accomplished and multi-national playing personnel in the squad is Brazilian forward and five-time FIFA World Player of the Year winner Marta. The team are top of the league after three wins in the first three games and Christen scored both goals late on in a 2-0 victory over Linköping last weekend. One of the strikes was a terrific chest control and finish off the bar and the other was a magnificent solo effort as she turned and ran down the right flank, showing strength to hold off opponents and cutting into the area before burying a left-footed effort into the corner.

Christen also got her name on the scoresheet in the 2-0 win against Vittsjö, as well as in the Supercupen against former side Kopparbergs / Göteborg as Tyresö lost on penalties after a 2-2 draw. She will face her old team again this Saturday and while continuing to enjoy her adaptation to the balanced ‘lagom’ approach in Sweden, Christen’s ultimate on-field objectives at this moment in time are uncomplicated.

“I dream to win a World Cup and Olympics with the national team and win Damallsvenskan and the Champions League with Tyresö!’’

There are a lot of pieces to the puzzle with Christen, all of value, and I believe she is enjoying sifting through them as she makes her way along. Her blog helps you to understand her many thoughts and her entries collectively make for an alluring journey of self-reflection, honesty, appreciation, analogies and realisations, all with a seal of charm. She holds the opinion that every day is a restart and that the importance of recognising the significance of a moment as opposed to letting it pass cannot be understated.

Borrowing from Antoine de Saint-Exupéry’s ‘The Little Prince’, with influence also from Rudyard Kipling, Christen has said that although she is trying not to let football be her master and her career be her identity, her goals are very much the roses she has watered and invested in. As we all do, she has gone through a series of transitions and there is a distinct difference between the young Slammers FC standout, the player who first joined the national team squad in 2012, and the Christen Press of today. As someone who freely admits that she spent years ‘building a fortress to protect her feelings’ she outlines how Sweden has developed her for the better.

The kid who played pickup soccer at a park in Manhattan Beach, California is now playing at the top level with the sense of freedom that brings the best from her and in her own words is ‘like driving with the wind in your hair’. The ability she possesses is without question, both physically and technically, and followers of the women’s game will be excited to see how her time with the team ranked number one in the world progresses after a remarkable beginning. 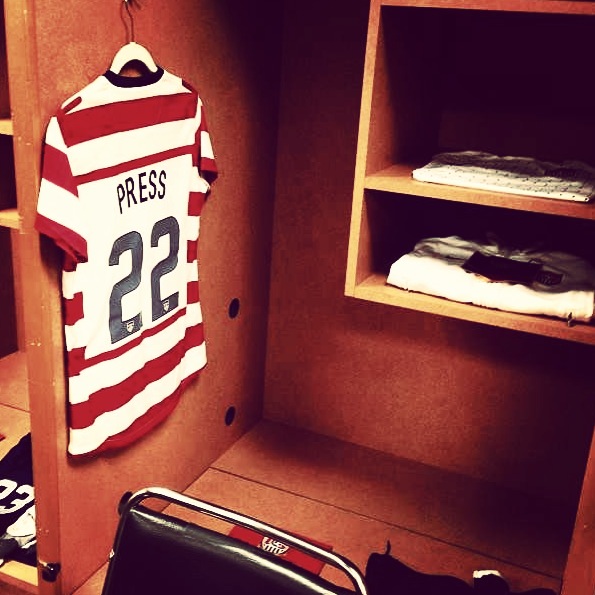 Her national team coach Tom Sermanni has ‘one eye on today and one on tomorrow’ so we will add another element to that and ask Christen to assess the most accomplished individuals she has worked with in her career so far. In the site’s regular closing question she chose these four players to go alongside her in a fantasy 5-a-side line-up of her best ever teammates. The choice of one each from Sweden, the US, Spain and Brazil is most definitely in keeping with the mix of nationalities Christen has become accustomed to!

“Yikes, that’s a hard one! Keeper: Krisse Hammarström – incredible one-v-one and so good with her feet.