In 1997, Brazilian stars Juninho and Emerson helped Bryan Robson’s Middlesbrough side to two cup finals, leaving a lasting impression along the way on the local lad in goal, Ben Roberts.
Boro, also featuring Italian duo Fabrizio Ravanelli and Gianluca Festa, were ultimately defeated in the FA Cup and Coca-Cola Cup finals by Chelsea and Leicester City respectively, the latter after a replay.
Bishop Auckland-born goalkeeper Ben played in the Wembley date with Ruud Gullit’s Chelsea and in the Hillsborough replay against Leicester.
The South Americans brought their music and culture to Teesside and it struck a chord with Ben, who despite being a loyal indie rock fan keeps a place for those samba sounds in his collection to this day.
“Players like Emerson and Juninho brought their Latin beats into the dressing room in different forms of samba and bossa nova. After latterly living in Brazil for six months, these were forms of music I grew to love and I now have several Brazilian playlists on my iPod which always make me smile.
“Musicians who feature on these playlists are Cazuza, Milton Nascimento, Gilberto Gil, Carmen Miranda, Caetano Veloso and Antonio Jobim. It was also during this time that the goalkeeper Alan Miller introduced me to Frank Sinatra, even though he was never allowed to play him in the dressing room.”

Injuries blighted Ben’s career and cruelly forced premature retirement at 29 in 2005, in perhaps a strange way this led to a new and colourful chapter in his life.
“After retiring from football, I firstly rehabbed my back in Brazil after a serious operation, then went off backpacking around the world whilst deciding my next career pathway.”
Now goalkeeping coach at Charlton Athletic, Ben achieved a first-class honours degree at Roehampton University, winning the Adidas Pursuit Of Excellence award for his dissertation.
“I went back to university full-time to study sports science. I really enjoyed biomechanics so naturally I tried to incorporate goalkeepers’ movements into my dissertation study and was fortunate to win an award for it.”
Signing professional forms at Middlesbrough in 1993, Ben has always remained true to indie music and recalls a lot of the music that would form the soundtrack to his early career in the game.
“The genre of music I’ve grown up with and always been into is indie rock. My favourite bands which have coincided with my time in football are The Stone Roses, The Strokes, The Libertines and Vampire Weekend.
“The first albums I remember buying were during the later years of the ‘Madchester’ period. Firstly ‘The Stone Roses’ (self-titled album) in about 1990 and then ‘Leisure’ by Blur in 1991, during my first year as a YTS player at Middlesbrough.
“During my formal years there my love of indie music developed during my long bus journeys to and from training. Around this time I saw bands such as The Happy Mondays, James, Inspiral Carpets, Oasis and Shed Seven live at The Mayfair in Newcastle.
“Other young lads in the dressing room who regularly went out clubbing were more into dance music. Groups such as The Shamen, The KLF, Snap! and 2Unlimited always got plenty of airtime in the gym and in the dressing room, but I always stayed true to my indie roots.”
Leaving Boro in 2000, he joined Alan Curbishley’s Charlton who had bounced back from Premier League relegation at the first time of asking.
“During my first three years at Charlton I mainly remember two predominate genres of music. When I hung around with Claus Jensen and Jonatan Johansson we mainly listened to guitar-based rock, with bands such as Travis, Red Hot Chili Peppers, Green Day, Foo Fighters and The Counting Crows springing to mind.
“Whereas when I holidayed during that period with Jon Fortune and Jason Euell, hip-hop and r&b was always on the stereo. A stand out tune for me at this time was R. Kelly’s ‘Ignition’.”
Despite top flight and cup final experience, as well as an England Under-21 cap, Ben views his time in the third tier with Mark McGhee’s Brighton And Hove Albion just as fondly.
Signed originally by Steve Coppell in 2003, Ben would go on to win the play-offs in his first season with the Seagulls, appearing in the win over Bristol City at the Millennium Stadium.
“That season at Brighton remains one of my best experiences in football. Apart from enjoying living in the city, I remained relatively injury-free and played the most games of my career.
“So for a full season’s work to come down to one day in the Millennium Stadium with a full house in attendance was a very special memory.” 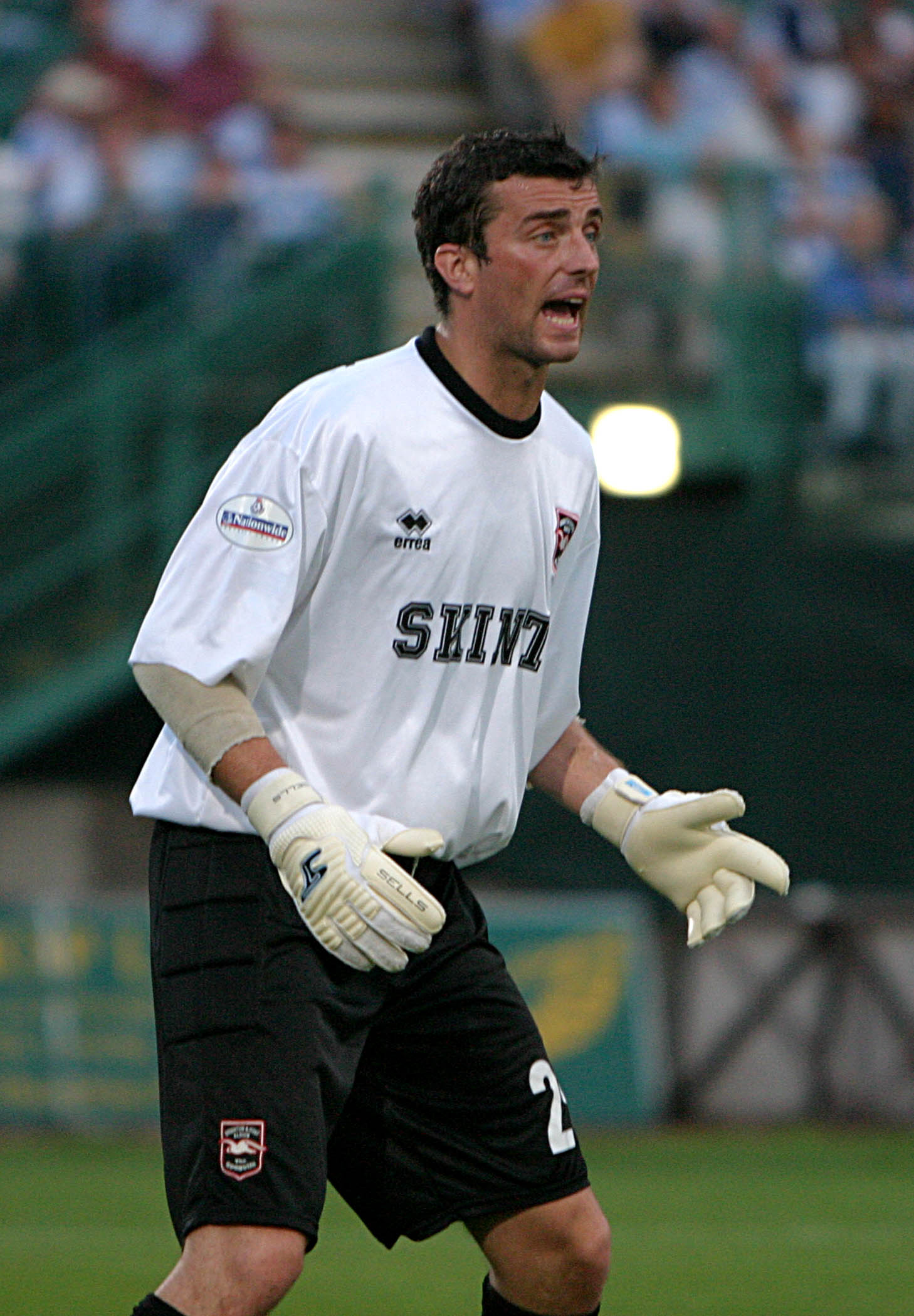 Roberto Di Matteo’s 42-second strike in the 1997 FA Cup Final and subsequent 2-0 defeat for Boro left Ben with natural disappointment but also immense pride.
“Of course everyone seems to remember that Di Matteo goal, my memories of the day have obviously become very clouded because of this. But I am incredibly proud to have played in an FA Cup final and nearly every round leading up to it.
“But ever so disappointed for the Middlesbrough fans who deserved a far better showing from the team that day. To this day I am adamant that from the position I took when the ball was struck, I was expecting a through ball so was trying to anticipate that to get a positive early touch, I stood little chance of saving it.
“Had that shot occurred even ten minutes into the game I would have been in a better position and saved it. Lots had happened the previous week within the club, being relegated etc. and I felt it really showed in our lacklustre performance and subsequent departure of our marquee names.”
Now a keen reader and traveller, recently spending time in Guatemala and Honduras, Ben is eagerly anticipating the new season with Chris Powell’s promotion-chasing Addicks.
“I am really excited by our chances this season and how pro-active we have been in the transfer market. The club’s new owners have been really supportive of the manager and we feel it bodes well for a promotion push.
“I now enjoy coaching very much, my playing career was always hampered by injury and at the time of retirement had left a sour taste in my mouth. However, after taking up my first full-time coaching post at Yeovil in 2009 I quickly realised that this was where my future lay, I really enjoy trying to develop players.
“Within the current Charlton dressing room many of the boys get the chance to put their iPods on and usually get shot down for their bad taste in music. It’s a harsh school!”

Vampire Weekend – Giving Up The Gun

The Strokes – You Only Live Once