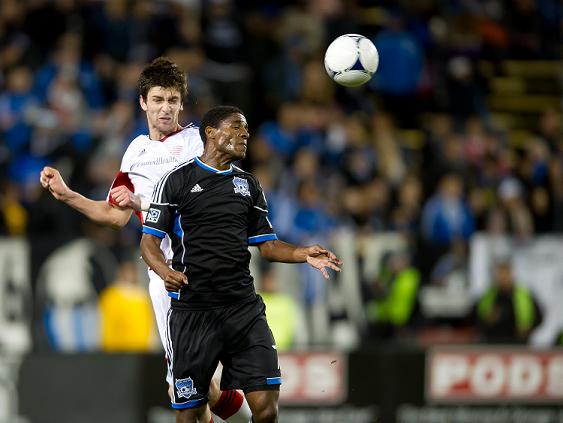 Sometimes music provides perfect symmetry for occasions in life and the concept of a Ky-Mani Marley album is a case in point regarding San Jose Earthquakes and Jamaica international midfielder Khari Stephenson’s career ventures.

The 31-year-old was born in Kingston but would become a college soccer star in Massachusetts before a professional career that has so far encompassed top level competition in Sweden, Norway and at three MLS clubs.

One such example of the work of one of reggae immortal Bob Marley’s sons seems particularly apt as a starting point for a music collection of a player whose adventure at the time was in its infancy when you consider his travels in the years since.

“The first record I bought was Ky-Mani Marley ‘The Journey’, I bought it just before I went away to boarding school. I listen to most genres of music; soul, r&b, pop, soft rock, hip-hop, reggae, dancehall, house and even some country. 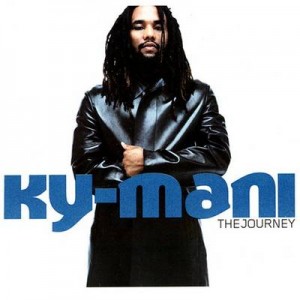 “I don’t necessarily have a favourite artist but I like Bob Marley, Damian Marley, Sean Paul, Wayne Marshall and Frank Sinatra to name a few. I dislike heavy metal and hard rock; the banging just does not do it for me.”

Khari represents Major League Soccer’s San Jose Earthquakes in California, a team managed by former Ipswich Town and Canada defender Frank Yallop who are targeting an improvement this season on last year’s final placing of 7th in the Western Conference and 14th in the MLS overall.

In the last few years the Quakes have had names familiar to supporters in England in their ranks in the shape of ex-Manchester City and Hull City playmaker Geovanni and former Norwich City forward Darren Huckerby.

‘The Boys In Blue’ have also had an official partnership with Tottenham Hotspur established since 2008 and this has seen Spurs’ 24-year-old Simon Dawkins join the club on loan for a second time ahead of the 2012 season which has just got underway.

London-born Dawkins is also one of the teammates noted by Khari when the topic of colleagues’ choices of music often heard around the Buck Shaw Stadium is discussed with him.

“(American-born defender) Jason Hernandez, (Turkish forward) Sercan (Güvenışık), Simon (Dawkins) and (Honduran winger) Marvin (Chávez), I can only remember hearing music from these guys, so that’s all I can say about that. All different types of music are played; sometimes random teammates will plug in their iPod and play their favourite playlists.

“Most of the songs are those on the top 40 list; hip-hop, house, pop, reggae. No one is necessarily in charge of the music, if people don’t like it someone else connects their iPod.”

Making his international debut in 2004, Khari has experienced spells in and out of the Jamaican squad reckoning but has over 30 caps for his country and first came to my attention when he appeared against England at Old Trafford in the summer of 2006.

He has only made a handful of appearances for the ‘Reggae Boyz’ in the last three years but has naturally talked of his desire to be involved in the team’s World Cup 2014 qualifying campaign. 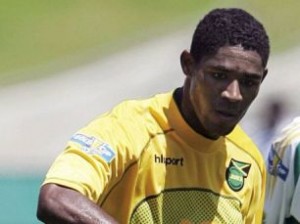 Jamaica became the first English-speaking nation to qualify for a World Cup when they reached France ’98 but have yet to repeat the feat, nevertheless Khari, one of numerous Jamaicans in the MLS, rates the standard of his compatriots more highly than ever.

Late last year I discussed with D.C. United’s young Honduran international Andy Najar the future of the Honduras side, a fellow CONCACAF nation of course, and Khari speaks with similar optimism about the Jamaican team’s outlook.

“The future looks very bright for the national team – we have the best pool of quality players that we have ever had and also the highest number playing overseas. Demar Phillips who played with me in Norway is a dangerous player, as well as Luton Shelton, Omar Cummings and Ricardo Fuller.”

Reverting briefly once more back to previous interviews, former defender Michael Johnson spoke of a carnival atmosphere when travelling with the Jamaican national team as well as an understandable dominance of reggae music enjoyed by the players.

Khari, joined in the MLS by such compatriots as Vancouver Whitecaps striker Darren Mattocks and Montreal Impact duo Donovan Ricketts and Shavar Thomas to name but three, describes some of the artists you can expect to hear Theodore Whitmore’s team listening to now.

“The Jamaican guys listen to a lot of dancehall and reggae and they are mainly Jamaican songs. It’s usually mostly Vybz Kartel, Mavado or Jah Cure.”

Khari’s coach at Williams College Mike Russo once spoke of him as the most talented player in the college’s history as he hit 40 goals and provided 18 assists in a four-year collegiate career.

His professional career began in 2004 with Chicago Fire of the MLS before a trade to Kansas City Wizards which saw him score in the Conference semi-finals win over San Jose Earthquakes en route to the MLS Cup Final, where they lost to D.C. United.

In 2006 he moved to Sweden’s top division, the Allsvenskan, signing for Gothenburg-based GAIS before a switch to AIK in Solna and then in 2008 Norwegian club Aalesunds FK. 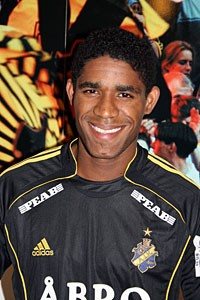 While with Aalesunds he helped the team to Norwegian Cup success in 2009 and 2010 qualification for the following season’s Europa League, but it is three teammates from Khari’s time with AIK who stand out as the most talented in his view.

“In Sweden I played alongside (Liberian international recently on trial at Leeds United) Dulee Johnson in the midfield; he had a tremendous touch, vision and a high work rate. Wílton Figueiredo, a Brazilian forward, he had good touch and a great eye for scoring good goals, and Iván Obolo, an Argentinian forward, he was great in the air and used his body well.”

It goes without saying that Norway and Sweden are far removed from Jamaica both in geographical location and all-round way of life, but how did Khari find adapting to Scandinavian climes?

“I liked living in Norway and Sweden, I was lucky to be in teams where I had very welcoming teammates and fans, and also really nice cities. All those factors made it very easy to adjust, I made some lifelong friends and will always be grateful for that.”

The debate rages on as to which is the better standard of competition – the English Premier League or Spain’s La Liga, and though he is not necessarily stating his evaluation of which is a higher standard, Khari’s answer as a neutral is interesting nonetheless.

“I follow the Premier League but not as much as the Spanish Primera. In 2007 while playing for AIK I was scouted by Fulham, they came and watched a couple of times.”

A 6 foot 1 inch attacking midfielder who can also play a more holding role, he is a strong athletic performer who can also come up with the odd superb strike, like this one below against Seattle Sounders last year.

He joined his current side in August 2010 and played all 11 games as San Jose progressed to the Conference Finals and returned the following season to sign an extended deal with the 2001 and 2003 MLS Cup champions.

The 2012 season began last weekend and the Quakes, who historically struggle on the opening day, beat New England Revolution 1-0 thanks to a goal from star striker Chris Wondolowski, also extending their club record of seven home stadium sellouts in a row.

It will be the first time the team have played at the venue and the Mexico and Senegal Under-23’s will face each other in a game later that day on the same field.

After achieving the sought-after victory to start the season Quakes #7 Khari is aiming for the very best on a team level while hoping for consistent involvement and good fortune from a personal perspective.

“First and foremost, helping the team win the MLS and Open Cup. On the personal side, it would be great to be injury free and to have at least 10 goals and 5 assists.”

Scoring five goals in 31 games last season Khari is out to double his on-field output but it is very much a laid-back approach that he takes when away from the professional game.

“Outside football I enjoy just relaxing and taking it easy, listening to a bit of music and keeping in touch with family and friends.”