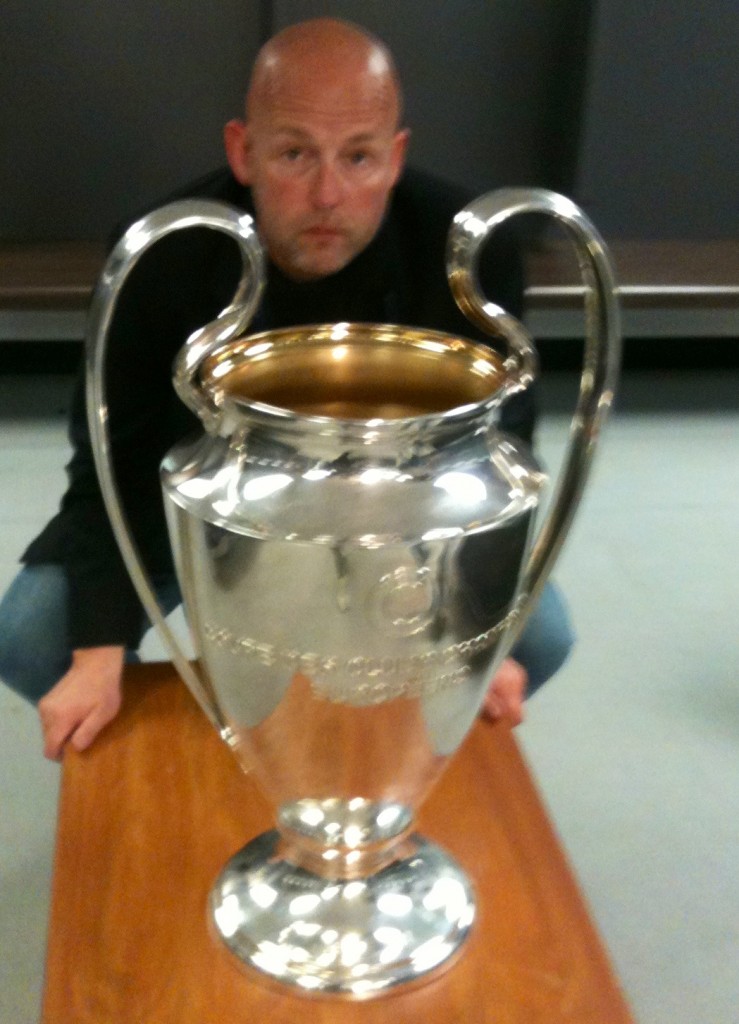 A native of Aberdeen but Catalonia resident for the past decade, Graham Hunter has honed his reputation to such an extent that he has been considered for some time as one of world football’s leading journalists. The trust and access invested in him by FC Barcelona allowed him to conceive and carry through the idea for a remarkable book released this year chronicling the factors that came together to create such a wonderful footballing team, and he discussed the chosen soundtrack that has accompanied him on his journey in and amongst the elite of both the sport and his industry.

His book ‘Barça: The Making of the Greatest Team in the World‘ has been magnificently received and was one I read myself a few months back, enjoying the unmatched insight given regarding the methods and personalities involved in the construction of the Barcelona team that has won so much universal admiration in recent years. Graham has the honour of being the Barcelona and Spain correspondent for uefa.com and has regularly been seen reporting back to Sky Sports on the latest developments from Spanish football’s top table. His CV is admirably extensive, comprising of time spent with such media outlets as The Daily Mail, Talksport, the Melbourne Age, BBC Radio 5 Live and more, and his career which has surpassed two decades has given him some incredible moments, with the music he loves joining him throughout all of those years. 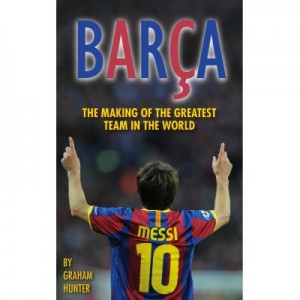 “To some extent my tastes are driven by my experiences – when you live with the most fervour tends to be when you pick up the longest lasting musical preferences. I grew up listening to The Beatles and The Kinks in particular, over the subsequent years they have remained, with (Paul) Weller, The Clash, The Stone Roses, Elvis, (David) Bowie and Aretha (Franklin) my indispensables.

“I’ll have forgotten some staples but that’s the gist of it. There’s so much shite out there, but they know who they are.”

It always paints a picture of the era in which the person grew up when you hear the first record they ever had or heard and each of the examples Graham gives manages to exude that particular characteristic.

“Good question. The first I ever remember having as my own would be either ‘Blue is the Colour’ (Chelsea FC’s 1972 League Cup final song) or ‘Two Little Boys’ (Rolf Harris), aged around six in about 1970, but purchased by myself, possibly The Beach Boys’ ‘Live in London’.

“The Chelsea League Cup final song had ex-Dandy (Aberdeen player) Charlie Cooke singing on it and my Dad always told me he’d been great at Pittodrie.”

When the discussion moved on to great gigs or performers Graham has seen it prompted him to reveal his immense admiration for one of England’s most distinguished singer / songwriters, a man who was referenced in a beer-spilling story in my interview with Soccer AM’s Tubes late last month!

“I’ve seen some smashing stuff, I follow (Paul) Weller like a stalker, never, ever been disappointed. My first gig, probably in 1975ish, was Showaddywaddy!

“Some absolute highlights would be Thin Lizzy, The Undertones, Stiff Little Fingers, Weller of course, Michael Jackson in 1988, Madness, The Killers (on the) ‘Hot Fuss’ tour. Happy memories.”

A trip to the World Cup in Spain in 1982 was a first taste of the combination of subject matter and specific setting that would go on to give Graham the life he has now. As he momentarily touched upon earlier he was, and still is, an avid Aberdeen supporter, with Scottish striker Steve Archibald proving the link between the Dandies and his later club Barcelona that sparked Graham’s love for the Catalan giants too. 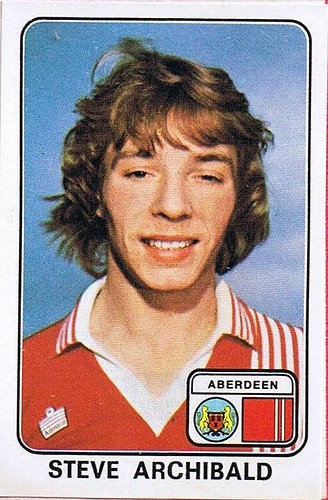 “The Dandies remain a magical club to me – from the first days in the 60s watching the reserves play in all blue to first European nights agianst Frankfurt and Molenbeek, the better years under Ally MacLeod and Billy McNeill, through to Fergie (Sir Alex Ferguson). Naturally I liked Bumper (Arthur) Graham, Cup Tie (Derek) McKay, Zoltan Varga, Davie Robb, King Joey (Joe Harper), and the Fergie era speaks for itself.

“Steve (Archibald) scored special goals in that first Fergie title season when Aberdeen needed to win twice at Parkhead in the space of about ten days, his goals were manna from heaven. Willie Miller remains – Bobby Moore included, the best defender the UK ever produced.

With he and his family’s home in Barcelona and high-profile work commitments within the game does time still allow for Graham to follow Aberdeen closely?

“Maybe not as much as I’d like but closely enough to appreciate the extreme danger Craig Brown rescued us from and the extreme danger which we are now back in given the crazy state of Scottish football. I go to Pittodrie whenever I get home to visit my parents.” 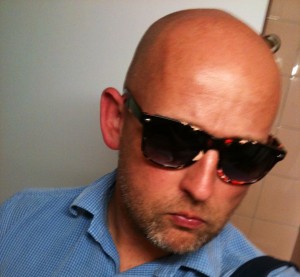 It was in 2002 that Graham made the move to Spain permanently and in his aforementioned book, beside the insight into footballing philosophy, he recounts stories such as when Xavi turned down an interview request from him in the early days and how he saw that as something of a professional challenge to himself to go on and win the mercurial midfielder’s trust. He would eventually gain unrivalled access to the Barcelona players and staff and in one passage of the book he mentions goalkeeper Victor Valdés’ love of music. Graham gave me a greater glimpse into how much of a part music plays in the routine of one of world football’s most successful ever clubs, with defender Gerard Piqué’s time with Manchester United provoking his appreciation of two local bands.

“I’m proud of Piqué that he’s a big Stone Roses and James-head. Being in England really opened his ears to the kind of music I like.

“Most of the Barça players are pretty hooked on one form of music or another – Estopa (a Spanish rumba band) get mentioned a lot. (The recently-departed head coach) Pep (Guardiola) likes his Coldplay, that’s for sure.”

With the Aberdonian-Catalan link that was inspired by Steve Archibald for Graham personally already mentioned, and Scotland where he grew up but Spain his current home, which of the two nations would he choose when it comes to their musical offerings?

“There is very little of modern Catalan or Spanish music which I’ve enjoyed. I’m old, clearly, so if you take me back to decent singers, a bit of the Flamenco singers, some of the smoky-voiced crooners, fine, but if I absolutely had to single out a nation, it’d be UK.

As team reporter for the Spanish national team also amongst his enviably excellent job descriptions he has taken part in countless interviews from the co-ordinator’s side, but it was a Belgian player (and a highly significant one in the way football operates today) that gave him his most surreal.

“Possibly the utterly manic day on which I travelled to Belgium and ended up in Jean-Marc Bosman’s parents’ house. I interviewed him in French, was mid-interview when the European Court verdict (ruling that EU players could move for free at the end of their contracts) first came out in his favour.

“I then dropped my computer down his stairs when his Doberman made an apparently friendly lunge at me. Mental day.”

A man from Clydebank enjoying real success, comedian Kevin Bridges, is someone I class myself as a fan of, and he struck up a friendship with Graham, something I found very interesting to hear the origin of.

“Kevin is a great fella, a guy I like a lot. We met one night in Barcelona in a bar right next to where he was about to gig, he was pacing through his routines to himself, heard me making a racket and that was that. 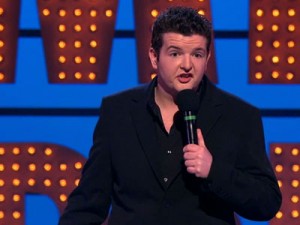 “We’ve had some right good times together, with his Dad, his brother John, his pal Greg McHugh, my brother, and my best pal Graeme. But one big thing is that I’m proud of Kevin, he’s a young, immensely talented Scot who deserves all the good things happening to him, bright fella too.”

As a journalism graduate myself only last year it was a real pleasure to be able to get in touch with someone of such high standing in the business as Graham for my site, and to see a different perspective to him via a love of music, which of course is how this blog works. Football provides the second half of that basis and as I have often ended the interviews on here I would like to do so with a ‘best of’ 5-a-side selection, two in this case. The usual idea is to ask for the player’s best ever teammates but in Graham’s case I asked for the best Aberdeen 5-a-side team of his lifetime, and the greatest Barcelona quintet from his time in Spain (2002 onwards). 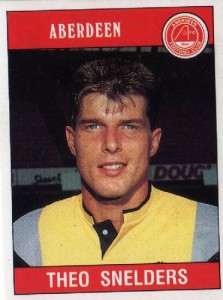 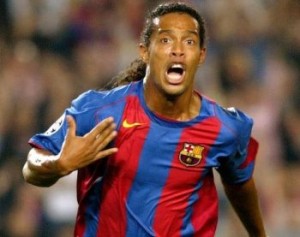 You can catch each of these interviews by following me on Twitter: @chris_brookes