Once the young winger who excited many with his storming potential, Romeo Castelen went on to represent Holland on ten occasions, and now the former Feyenoord and Hamburg man has found the Sydney rhythm to his liking as he takes his story Down Under.

Turning heads as his form helped fire ADO Den Haag into the Eredivisie in 2003, the Surinam-born youngster made the transition to Dutch football’s top table, attracting much interest. It was Feyenoord who secured his signature in summer 2004 and he made his mark alongside the likes of Dirk Kuyt and Salomon Kalou, who would of course go on to notably represent Liverpool and Chelsea, respectively.

Also in the Feyenoord squad back then was former Japanese international Shinji Ono, one of Asia’s most famous ever players. The midfielder, who played in three FIFA World Cups, spent two seasons with Western Sydney Wanderers from 2012 to 2014, representing the club in their first and second A-League campaigns.

Last July, Romeo also signed with the Red and Black, agreeing a two-year contract after being left roundly impressed by Wanderers boss Tony Popovic’s plans. After its huge early promise, the Paramaribo native’s on-pitch journey has been blighted by injury setbacks, particularly in his five years with Hamburg in the Bundesliga.

However, the desire for the game has never gone away and he has been bringing the know-how from a career that saw him reach double figures for Dutch national team caps to his current club. The tricky wideman has been welcomed into the groove in Sydney and has enjoyed his first year in Australia with his wife and children.

It can often be the case in football that supporters and many who profile the game only get to know the player that they see out on the field. Beneath that, there are often fascinating personalities and sides to characters that can go unexplored.

Since 2011, male and female players interviewed on here have been mixing discussion of their teammates, as well as life inside and outside of their profession, with insight into what music means to them. Whether it is something to light the fuse before a game or to provide that required push through an arduous gym session, it can have a genuinely powerful effect.

Besides motivation for the athlete, a catchy riff or beat, meaningful lyrics, or a melody loaded with nostalgia can touch the personal life of a player and this site’s interviews hold numerous stories in that regard. Romeo explains how it has travelled with him through the years and how it likely always will.

“I like music; I grew up with music and I listen to music going to the game. It’s part of the culture I grew up in and there’s always been music around me and my environment.

Like football, music has a real unifying quality and can cross borders of language and various other differences. While making his way up as a youth at De Volewijckers, Sparta Rotterdam and latterly Den Haag, Romeo was locking into the messages of one of hip-hop’s truest poets, who he mentions alongside a group also hailing from the U.S. when recalling the first albums he ever bought for himself.

Starting in the final win over Ukraine as Holland won the 2006 UEFA European Under-21 Championship in Portugal, Romeo had already made his way into the senior side. Given his debut by the legendary Marco van Basten in 2004, he notched his solitary Oranje goal in a 2006 World Cup qualifier with Armenia.

At 24 years old, Romeo moved to Germany with Hamburg, where he would work with future Manchester City captain Vincent Kompany and fellow Dutch midfielder Rafael van der Vaart, to name just a couple of his notable colleagues at ‘Die Rothosen’. Also on his side was a tenacious campaigner in the middle of the park who now plies his trade with A.C. Milan.

The 2012 Premier League winner with Manchester City is the first of Romeo’s career teammates he brings up as he picks out some of the pre-match pace-setters in the dressing room down the years.

“Most of the time I’ve had great DJs. In Hamburg, it was Nigel de Jong and Änis Ben-Hatira who would bring out the music.

“During my time in Feyenoord, it was Serginho Greene. Here at the Wanderers, it’s (Matthew) Spiranovic and (Jason) Trifiro who take care of the music.”

Turning 32 this May, Romeo played in Russia with Volga Nizhny Novgorod in 2013 and also spent time training with Middlesbrough in recent years, prior to his move to Australia. His career with club and country has taken him to various other nations and the world travel that comes with football brings exposure to differing ways of thinking, on the game and also on life. 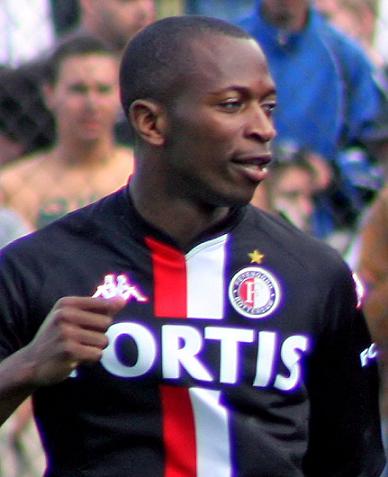 Working closely with people from other backgrounds and testing yourself in cultures different to your own tends to open the mind somewhat. Perhaps there is an indication of that in Romeo’s response when asked of any unusual or bad musical choices he has witnessed from teammates in his career.

“You know, with music, it’s someone’s tastes. It’s different because someone can like something and I can dislike something, so music is something that comes from another person’s feeling.

“I cannot say bad taste because some people like AC/DC, others like Tupac Shakur, others Chris Brown, and others Michael Jackson. You always have to appreciate other people’s music, so the question is an open question.”

Last season, Romeo made his return to the Eredivisie and it also reunited him with his old Feyenoord boss, Erwin Koeman (now assistant to his brother Ronald at Southampton), at RKC Waalwijk. Romeo experienced good form, playing 34 times and scoring six, but the team suffered relegation from the top flight.

It had been in the minds of Romeo and his wife to one day venture to Australia on holiday, but as life has a way of stipulating, circumstances then changed quickly. Instead of just planning a brief trip Down Under, it was a much more extended stay in the offing as Western Sydney Wanderers manager Tony Popovic got in touch with Romeo’s agent at the conclusion of his RKC contract.

Time was spent in Dubai for a team camp in the early days of his Wanderers spell but the number 17 was fortunately not required to combine the tough training sessions with a gruelling initiation, as he explains.

“I’ve never had to sing, so that’s a good thing! I always got out of it and I’m not a good singer, but in the shower I sing.

“I’d rather listen to it than do it in front of a big group.”

Although Romeo may be the only Dutchman in the current squad, Wanderers previously had former Under-21 international Youssouf Hersi. The ex-Vitesse and FC Twente midfielder was in the side that was defeated after extra-time by Brisbane Roar in last year’s A-League Grand Final before his move to Perth Glory.

Regular season runners-up in 2013/14, Wanderers had continental success to celebrate in November after they beat Saudi Arabian side Al-Hilal over two legs in the AFC Champions League final. This time around, they are fighting to reach the knockout phase of the tournament to defend their title and face Guangzhou in China on Tuesday May 5th with the odds against them squeezing through.

The season as a whole has fell below their expectations, with a final standing of 9th in the A-League, but the youngsters coming through at the club are an example of the hope held for the future. For Romeo, two of those players get his approval, for their fine-tuned vocal arrangement that is!

“There have been some players who could really sing. Recently, here at the Wanderers, Alusine Fofanah and Shayne D’Cunha both sang and they have good voices.”

Dutch football never seems short of emerging talents and Romeo certainly had some pretty useful players alongside him in the national team set-up. One of those was a fellow wide player who, like him, spent time in the Bundesliga (with Hoffenheim) but now plays for Kasımpaşa in Turkey.

The ex-Liverpool winger is himself a big lover of music and Romeo opted for him when asked which of his career teammates he would record a cover of a track with, given the opportunity.

“I would pick Ryan Babel and we would do a rap song. It would be one of my favourite Rick Ross songs.”

A team that topped the A-League in its inaugural season of 2012/13, Wanderers’ support was a huge draw for Romeo when it came to deciding to join them last year. It is entirely new for him to come to a club in its infancy but he was attracted to helping write the early stages of this story.

Of course he wouldn’t be the first person to fall in love with the idea of setting up home in Australia, but any move so far from home requires a degree of consideration. He describes why he was so delighted with what he walked into once he arrived.

“Actually, the thing that has impressed me the most is something that is around all of Australia – the community. The players when I arrived here at the club were extremely friendly and helpful.

“All around the world they were nice guys but here it was natural, it was different. In Europe, it takes a while before players really support, but here from the start they were very open and friendly and helpful.”

The young man who lit up stadiums with his quick feet and eye for goal has had to take a great deal on board from his life in football since. It is infinitely more difficult than many appreciate to be held back from doing what you love but after all the injury frustration he is playing his part once more.

Romeo reflects on how the picture has changed for him over time, giving him much greater responsibility off the field but providing him with a purpose outside football that he intends to never take for granted.

“Before, I played PlayStation a lot, but now I have kids. My interests are now more about spending time with my kids and watching them; my son is doing soccer and my daughter is doing tumbling and dancing.

“Now, because I’m a dad, I have different responsibilities and these are the things that I have most joy from. When I’m off (from playing), this is the time I am spending – watching them do sports.

“I mean, when you’re a dad it’s a beautiful thing seeing your kids do sport or have an activity you can watch to make you proud.”