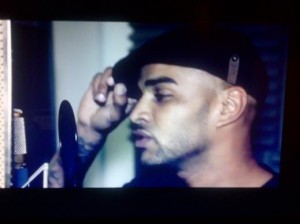 Back in March of this year I spoke to frontman Leon McKenzie as he began to delve into making music and now seven months on, the ex-Premier League forward is savouring the twilight of his days on the pitch while being invigorated by his ever-developing singing venture.

In our interview last season, Leon, then of Northampton Town, told me how he was putting his material into the public eye to gauge the reaction, and listeners have certainly taken to the harmonic vocals of the ex-Norwich City hero.

The 33-year-old, who has bagged over 100 league goals in a career with the likes of Peterborough United, Crystal Palace and Coventry City, is currently with Kettering Town and as far as hobbies in your spare time go, this one is already enabling him to reap the rewards of his endeavour.

“I’m looking to give it a go, not for fame, not for money, I’m going to do music because I love the power it brings and how it can make you feel. It’s an amazing thing for me, life without music would be a quiet world!

“I’m doing this for me because when I want to do something I go for it, no one stands in my way and when people say I can’t, I usually do.” 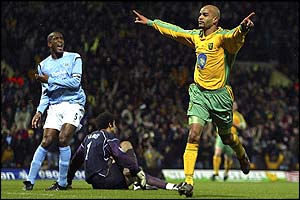 The subject of footballers getting involved with music has historically been an issue that has brought about scepticism and often laughter, perhaps understandable when you consider examples such as Chris Waddle and Glenn Hoddle’s ‘Diamond Lights’ and Paul Gascoigne’s rendition of ‘Fog On The Tyne’ with Lindisfarne.

With Leon though it only takes a second or so of listening to his vocals to appreciate the genuine talent in his possession, and when you combine this with his non-negotiable focus and application it is clear that there is something hugely worthwhile here.

“My EP is nearly done, one song away, it should drop around New Year really. I’m getting radio interviews, TV and Sky to take a look and promote and I’ll do a few PAs performing songs to areas where I played, Norwich, Coventry, South London, Peterborough and so on.”

The amount of work the Croydon-born marksman has invested in this is clear to see, coming together with family, industry professionals and even a certain model who will be worth looking out for!

“I’m working with a few producers, IGrade, Platinum and Hot Money have all had a part. The music industry are taking more notice now and Harry Shotta, a big MC, approached me, we’ve done a song already together which I feature on and we’ll do more stuff.

“A few DJs have got at me to do some stuff which is really cool and two of the songs on my EP I’m doing music videos for, one will be released as a single it’s called ‘Finally’. The other one is ‘Feel My Flow’ and they are both r&b-sounding, I’ve wrote 99% of the songs on the EP and 5 or 6 songs will be available on iTunes I hope, and definitely on Soundcloud.

“The net video I did with my cousins J-Nice and D-Twist and my music videos will be by Frosted Ice Inc. and possibly MillPixTV, they are my video team. I’m also flying over hot LA model Michelle Joy Phelps, she will be my main model for the song ‘Feel My Flow’, we should start video shooting by the end of next month I’m hoping.

“I also have a photo shoot with the amazing Cressida Jade next week, she took pictures of Amy Winehouse, David Haye etc. Also Kilo Official he’s doing a house mix for ‘Feel My Flow’.”

As is frequently cited when mentioning the McKenzies, there is an extremely strong boxing heritage in the family, but the passion and drive for music also runs deep within it too.

“My cousins Jermaine and Duke are in the process now of doing hip-hop mixtapes. Ashley performs live rather than recording.”

In our original interview Leon included Ne-Yo and Marvin Gaye amongst his influences and he has further explored the notion of deriving inspiration from certain artists by showcasing some of his cover versions on his YouTube channel.

“My favourite I enjoyed singing was Kings Of Leon ‘Use Somebody’ and I did a clip of ‘The A Team’ by Ed Sheeran. I love acoustic but this EP is r&b, I’ll try to fit in some acoustic stuff of my own and maybe mix it in with my r&b stuff.

“I love Coldplay and Kings Of Leon, I listen to a lot of hip-hop such as Common and De La Soul and I’m listening to Tank in my car at the minute. For inspiration I love Jamie Foxx, so talented.”

His version of Trey Songz’ track ‘Can’t Be Friends’ particularly impressed me when I first heard it and he admits that his cover of the US star’s work ‘gets a lot of love from the ladies’!

Leon once formed a productive top level striking partnership with Dean Ashton at Norwich, and when discussing his live performance at Brixton Jamm with Three Dedicated Brothers I wondered how the nerves of singing in front of an audience might be lessened when it is someone whose dayjob is that of a professional footballer.

“I think it’s helped me playing in front of 25,000! I love that feeling of music especially when they see me as a baller then hear me sing.

“I’ve had so many people say ‘wow Leon I didn’t expect that, you really can sing!”’ 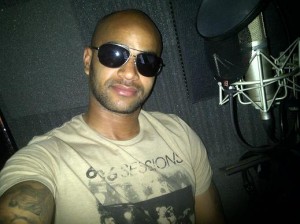 As always I had to ask about matters on the pitch and Leon, who has scored two goals this season so far, is in an interesting situation at Blue Square Bet Premier (Conference) side Kettering.

He joined the Northamptonshire club in the summer but manager Morell Maison left in September, replaced by Mark Stimson who took the unusual step of transfer-listing 11 of his squad a few weeks ago, including Leon.

Regardless of what the near future holds, the man who famously scored in Norwich’s 2-0 win over Manchester United in April 2005 is determined to enjoy the remainder of a fruitful career which has given him the life it has.

“I’m just ticking over, I’ve been put on the transfer list like ten others. I love scoring goals but football has changed and I’ve lost a lot of respect for some of the people in the game.

“Unfortunately it all comes to an end at some point. I will definitely try to play until I’m 35 (two more years) if my body allows me to.”

Many footballers choose to spend their free time playing golf (or visiting Nando’s these days it seems) but the former Palace youngster and Peterborough goal king dedicates time at most weekends and on his day off in the week to the studio and suchlike. 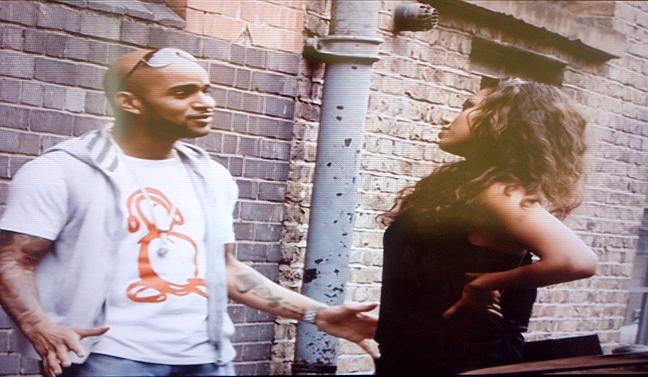 “I’ve always wanted to release music I’ve done and to show the world. I’ve really done this off my own back so what you see is all my work and I’m really excited with how things are going.

“I’m just going to enjoy what I’m doing it’s only for a short while anyway so why not? I will release this EP and that’s massive for me being that I’ve played football all my life.”

Leon’s desire to bring this ambition to reality has served him well already and those surrounding him share the commitment to achieving this objective.

It would be superb to see a footballer flourish in the music industry and with the battling instinct in his boxing blood to harness his vocal ability there is no reason why he cannot make it happen.

Whether it be hitting the back of the net or serenading people with his voice, a quote from the great Muhammad Ali seems to fit Leon perfectly: ‘what keeps me going is goals’. 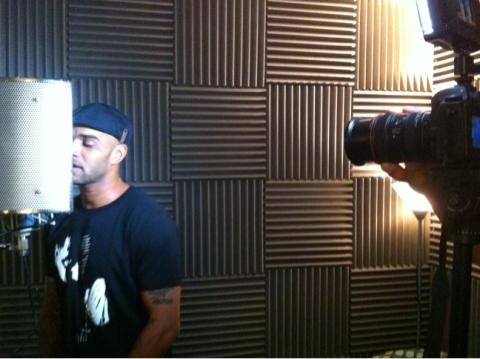