Boston Breakers and Australia striker Kyah Simon continues to fly the flag for those who love the women’s game back home and whether it is distant days gone by, the present to revel in, or her future to look to with fervour, there is a family sentiment that is never far from her heart.

Having starred for the Breakers last year as top scorer with 12 goals in their WPSL Elite League season, Kyah is back with the team again as they pursue success in the inaugural National Women’s Soccer League. The 21-year-old comes from the Sydney suburb of Quakers Hill and there is surely not a single person connected with the substantial Australian women’s football community who does not have their senses resonated with when they hear her name.

Kyah captained Sydney FC to W-League Grand Final glory in January, scoring a late penalty and delivering an inch-perfect cross for Sam Kerr to head home in a 3-1 win over Melbourne Victory at AAMI Park. The attacking talent is also firmly established in the national team, with standout moments such as the winning penalty for the Westfield Matildas in the shootout to secure the 2010 Asian Cup against North Korea, as well as a crucial double in the group win over Norway in the 2011 World Cup. She inspires many in Australia and was also described by her Breakers coach Lisa Cole as one of the world’s best strikers.

It is accurate to suggest that music runs through Kyah in many ways and as can often be the case with an art form so powerful it offers a reflection of her personality, with one example in particular. The family element of her life frequently comes through when she speaks and her sister Sarah is someone she always wants to make proud through her life and career. Australian siblings Christine and Sharon Muscat were known as Sister2Sister and Kyah explains the personal meaning to her behind their 1999 signature hit.

“The first CD I bought was S2S – a single called ‘Sister’. My sister and I are best friends and were attached at the hip when we were younger so that was our song, with the artists being two sisters of a similar age as well.’’ 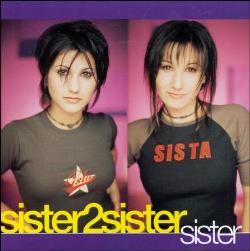 When she lifted the W-League trophy earlier this year Kyah had right-sided player Caitlin Foord amongst her Sydney teammates and the 18-year-old, who now represents Sky Blue in the NWSL, featured on this site last month. In Caitlin’s interview, Kyah was one of the Matildas players mentioned for sharing some of her music favourites and r&b and house were among the genres brought up. Kyah gives a deeper look into the sounds that spark her motivation, as well as those that she can turn to when a separate vibe is needed.

“It really depends on the mood I’m in but my tastes range from r&b and hip-hop to electro/dance. Chris Brown, Rihanna, Drake, J. Cole, Miguel and Justin Bieber, which I love listening to when I’m feeling a good bass and some meaningful lyrics.
“Avicii, Stafford Brothers, Swedish House Mafia, Disclosure – when I’m after something more upbeat to get the blood rushing. Then reggae/acoustic to appreciate an amazing voice, and lastly, Ed Sheeran just has the ability to calm any situation with his voice.’’

Kyah was a big part of the Boston team that finished 1st in the 2012 WPSL Elite regular season before being defeated in the semi-final by eventual losing finalists Chicago Red Stars. In anticipation of the dawn of the NWSL, she signed up with the Breakers once again and despite injury disruption she has been involved in the opening weeks of the campaign. There are numerous well-known names in the ranks for coach Lisa Cole, who is in her second season in charge, to select from, as well as up-and-coming players eager to showcase what they can do. Midfielder Heather O’Reilly, a US international with three Olympic Gold medals, is a globally-recognised Breaker, as is national teammate and joint-top scorer in the league (with four goals) Sydney Leroux, who gave her own interview on here a few weeks ago. Within this, Sydney discussed the freedom that music reinforces in the US team’s locker room and Kyah paints the picture of the Breakers’ pre-match scene and the mood that can be felt by the sounds on offer.

“Upbeat tunes, remixes, r&b and dance. Nothing ever too slow, unless it’s a Rihanna favourite, given a group of us recently saw her in concert in Boston.
“Music is a big personal pre-game preparation, to let my mind run wild and get me pumped up. There hasn’t been a set playlist as yet, mainly just whoever has new music on their phone.
“There is a bit of a range throughout the team, from country to r&b and hip hop.’’

After taking her first steps in the senior international arena at just 16 against Hong Kong in 2007, Kyah had moments against Norway in the group phase of the 2011 World Cup in Germany that she holds extremely dear to her. In Bayer Leverkusen’s BayArena with a crowd of 18,474 looking on, she struck twice to overturn a 1-0 deficit and seal a place in the quarter-final. Her guided effort into the far corner from Lisa De Vanna’s cut-back was the equaliser, before a header from Kim Carroll’s cross that had coach Tom Sermanni rejoicing on the sideline. Kyah’s goals were the first to be scored in either the male or female World Cup by an Indigenous player, ensuring that she went some way to emulating her childhood hero, the 2000 Olympic Gold medallist (women’s 400m) Cathy Freeman.

There have been various Matildas team members on this site who have shared their experience of the changing room atmosphere when music is involved and Kyah can certainly confirm how essential it is seen as. The former Central Coast Mariners youngster also mentions a young player she has heard with some shine to her vocals. 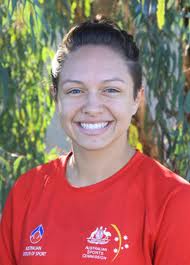 “Music, singing and dancing are definitely some things that go on in the Matildas change room. It adds an energy to the preparation and gets everyone in the mood to do their thing.
“We have a young keeper in Australia named Bree Davies who has quite the voice and plays guitar. I’ve never heard her in real life, only through videos, and she has a great voice!’’

Joint-third in the W-League’s overall leading scorers with 27 (tied with Sydney and Matildas colleague Leena Khamis), Kyah’s on-field efforts are characterised by physical and technical proficiency and the guile to spot chances for herself and others. As the W-League’s 2010/11 Player of the Year, Young Player of the Year and Golden Boot winner with 12 goals, she has made her mark with her skills. However, she suggests that she cannot quite take on a singing challenge with the same assurance as she does when coming up against an opposing defender!

“Thankfully for whoever would be listening, no I haven’t (ever had to sing in front of teammates) on my own. I did once though at karaoke, singing Whitney Houston.
“Woke up the next morning with a sore throat, so I guess that answers how it went!’’

Kyah has had the early exchanges of her season beset by injury troubles but she almost beat US international goalkeeper Nicole Barnhart in last weekend’s game at FC Kansas City. The match ended in a 2-0 defeat for the Breakers, their first of the NWSL, after beginning with two wins and two draws. The team’s last home game was a 4-1 victory over Chicago Red Stars on May 4th, with Katie Schoepfer scoring and Sydney Leroux netting the league’s first ever hat-trick in front of 3113 in the crowd.

Coach Lisa Cole has been encouraged by the Breakers’ start to the season and they are currently 4th in the eight-team league, with Portland Thorns leading the way, level on points with Sky Blue FC. This Saturday (25th May) sees Boston return to their home venue as Dilboy Stadium, Somerville hosts their third meeting of the season with Washington Spirit. Kyah is enjoying being immersed in the team and the new personnel that has arrived since her time with the side in 2012. She also has another demanding but potentially very worthwhile endeavour taking up her non-playing time.

“The new team is great, we have really good team morale and everyone seems to get along. I definitely haven’t had an ideal start to the season with injury after injury but it’s a matter of staying positive and persisting to get back 100 per cent.
“Schedule-wise, I have been busy off the pitch as well as I’ve undertaken a Diploma of Management.’’

The women’s game in Australia is backed by dedicated individuals who form its very foundation, from those who take the field at various levels, to supporters, coaches and the likes of ex-national team vice-captain Moya Dodd who stands for election to FIFA’s Executive Committee as women’s football representative on May 31st. Kyah has expressed her wish to help grow women’s football back home and she is someone who is looked up to by young children playing the game in the country. Although still only 21, she is an instantly recognisable figure in her sport now so how does she feel about her status as a role model and what are her ultimate ambitions, inside and outside of the game?

“It makes me honoured to know I am an inspiration for young kids and I hope I can continue to fulfil that role as best as I can. I want to achieve exactly that, to inspire people to chase their dreams and exceed their expectations, to be an Indigenous role model for the youth back home as well.
“Away from football, I want to one day own my own business and somehow repay my family for all the investments and time harvested into me and my career.’’

The theme of family for Kyah was present earlier in the discussion on something as light-hearted as her first record bought, and it is shown once more in her long-term goal for the future. Matildas players always talk of the team in family terms and coach Hesterine de Reus has an upstanding member of that group in Kyah who could shine for years to come. She embodies what it is to be a Matilda and is also representative of the team and the community that everyone involved in the Boston Breakers wants to keep building. It could all have been so different if her next-door neighbour had never urged her to go along and play at her local club as a kid!

Here is Kyah’s choice of the best players she has worked with in her career so far, in a 5-a-side line-up (including herself as stipulated). Each of these has featured for the Matildas and the three outfield players were all wearing Sydney FC colours alongside Kyah as she raised the W-League silverware above her head this year.

“Goalkeeper – Lydia Williams. She’s an absolute freak and we both come from the same background.
“The other three are three of my best friends in the Matildas – Alanna Kennedy, Caitlin Foord and Sam Kerr. I know without a doubt we would have fun, which is the main thing and the rest would come with it.’’