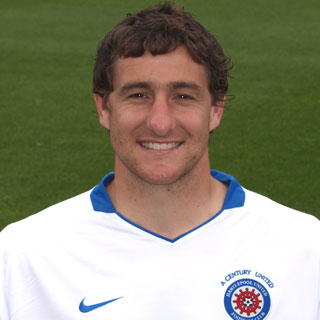 Now back in his homeland with A-League side Gold Coast United, Australian striker Joel Porter has the best of memories looking back on his five and a half years with Hartlepool United and credits the club’s record appearance holder Ritchie Humphreys as a musical and footballing influence.

Joel, 33, became a hero at Victoria Park, making his debut in November 2003 and leaving in 2009 at the end of a season where he had registered a superb 23 goals to help keep Pools in League One.

While Joel had such an obvious effect on all involved at Hartlepool in his time, he cites Ritchie Humphreys, who has passed 500 Pools appearances in the early throes of 2012, as someone who not only displayed textbook professionalism but also passed on his music nous.

“Ritchie would be up there as the best I’ve worked with, he was an absolute professional in every sense of the word. He always did extra little things to make himself a better player and did all the right things before and after games.

“His preparation was first class and it showed every time he went onto the field. If I ever coach in the future then I’ll use what he did as an example of how to be a professional footballer.

“He was into his music, rock bands mainly, or anything ‘grungy’. He put me on to a few different bands actually, Wolfmother was one of them, I’d say he was the one who had the most interesting taste in music.”

It was however an altogether different vibe that was present on the first record Joel bought, although I believe he is being too harsh on himself for buying what I consider to be very credible music!

“I wasn’t sure whether I was going to be completely honest about this answer! It was ‘High’ by the Lighthouse Family, I think I was only 18 at the time – says it all really! 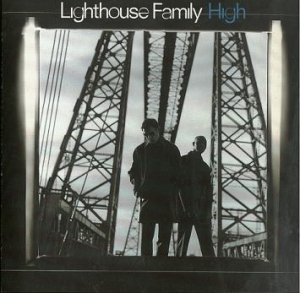 “There’s no particular band or genre that I would say is my favourite or the one I go for the most. I pretty much like most forms of music, ranging from stuff produced in the seventies right through to today’s bands.

“There are some particular songs that I’m not too keen on, like everyone I guess, but that doesn’t make me dislike or prefer a band or their style of music.”

The frontman began in his native Adelaide with Croydon Kings where he was prolific, before a brief spell with West Adelaide preceded a return to the Kings in 2000.

Goals flowed in his time with Melbourne Knights and a move to Sydney Olympic followed in 2002, a year where he got to play international football in the Oceania Nations Cup.

The way was subsequently paved for domestic players like Joel to take part and he impressed, although the depleted Socceroos were defeated in the final to a solitary New Zealand goal scored by future Blackburn Rovers captain Ryan Nelsen.

“It was a great experience for me and something I’ll never forget. Every player wants to play for their country and I managed to do it – it was a great honour.

“I got to score five goals in four games, four of them against Fiji, and that was an amazing time.”

In 2003, he came to England and after trials with Premiership Bolton Wanderers and Championship sides Sunderland and Wigan Athletic he was eventually signed by Hartlepool boss Neale Cooper.

In his first season with the third tier side they were beaten in the play-off semi-final by Bristol City and the season after went one better by reaching the final, although they lost out in extra-time to Sheffield Wednesday.

That campaign had seen Adam Boyd in scintillating goalscoring form for the club with Joel firmly showing his ability too, evidenced perfectly by his match-winning double against Doncaster Rovers including a majestic chipped effort after coming off the bench.

He was restricted to 34 games in the following two seasons in which relegation occurred in 2006 before the club finished as League Two runners-up to secure a return the following year.

Finishing 15th in League One in 2007/08, the next season would be more of a struggle and Pools stayed up by a single point (tied on 50 with Carlisle United and Stockport County).

During the season Joel had announced his decision to return to Australia with his current employers Gold Coast United and he could hardly have left with more of a contribution to their survival, his tally of 23 goals absolutely paramount.

“My time at Hartlepool was absolutely fantastic and I don’t regret one minute of the time I spent there, both professionally and personally. I enjoyed it immensely and the best memories would be from the play-offs, I scored against Bristol City at home to make it 1-1 which gave us a chance in the second leg.

“The play-off final in Cardiff when we lost to Sheffield Wednesday 4-2 in extra-time was a fantastic day and something I’ll never forget. I still keep in touch with a few of the boys by email and always look for their results.”

This is Gold Coast United’s third season in the top level of Australian football after joining the Hyundai A-League as an expansion team for the 2009/10 campaign. 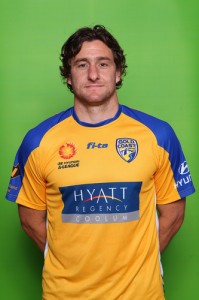 The league itself only held its first season in 2005/06 after replacing the National Soccer League which had ran from 1977 to 2004 before folding, and Gold Coast finished 3rd and 4th in their first two campaigns.

After achieving the necessary top six finish and progressing to the finals the Skilled Park team were beaten in 2011 by Central Coast Mariners in the Preliminary Final (the last game before the Grand Final).

National Youth League joy in the shape of two successive titles has given real cause for pride and optimism for the club’s future and though currently at the foot of the table in 10th (there is no relegation in the competition of course), Joel has a positive outlook on the league, the team and his own situation.

“It’s been a bad year for me with injuries and so on, I’m coming out of it now and feeling like I’ve gone through the worst of it. There’s light at the end of the tunnel for me personally and for the team, we’re hoping to string a few results together towards the back end of the campaign.

“We’ve got a young side and it’s been a big learning curve for them, there are some very talented players here. The league standard is getting better all the time but it’s only been going a few years of course.

“Good Australian players are coming back from overseas and we’re producing our own young talent as well. In time, the aim is to have a competition that is good enough to keep our best talent here so they can play in a top competition and earn a good living without having to go overseas.”

Miron Bleiberg’s team feature a name familiar to Blackburn Rovers, Barnsley and Norwich City fans in Maceo Rigters, the striker who starred in the Dutch Under-21s’ 2007 European Championship win, and there is also Dylan McGowan on loan from Hearts and brother of one of this site’s interviewees, Ryan.

An insight into the dressing room music at the club in this case is perhaps characterised by motivation and an eclectic selection, as Joel explains.

“The music before a game varies a lot to be honest, it tends to start off with a bit of r&b then moves on to bands like the Foo Fighters as kick-off gets closer. Our current squad has a wide variety of age groups and that’s reflected in the music that’s played.

“There’s nothing slow-paced played in the dressing room but if I had to find a word to describe it overall, ‘random’ would be it.”

The town of Hartlepool holds a lot of meaning to Joel and was the birthplace of his son, but ‘the pearl of the North East Riviera’ as Soccer Saturday’s Jeff Stelling once described it as is, with all due respect, far removed from the surroundings of Gold Coast, the South East Queensland city.

“Look, to be honest there’s no comparison, and I don’t mean that in a harsh way, there’s such a massive difference between the two places. The Gold Coast is one of the world’s top tourist spots and the lifestyle here is amazing.

“It’s difficult to explain to someone who hasn’t been here – it’s one of those things that you have to experience to understand. I’m very lucky to be where I am put it that way, my wife and kids are by far my biggest interests, I just love spending time with my family and of course that keeps me busy.

“If I do get a little time to myself then like most footballers I like a bit of golf or a little bet on the horses.” 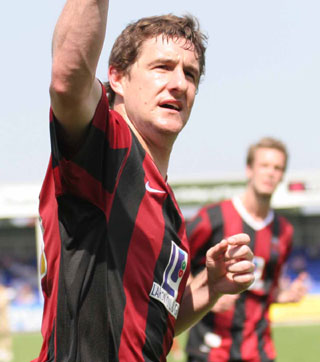