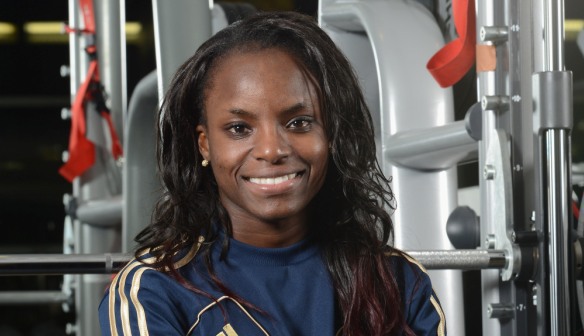 Chelsea Ladies and England forward Eniola Aluko has a blossoming law career running alongside her impressive on-pitch endeavours, and while familiarising herself with the legal ins and outs of the entertainment business she sees music as an obligatory part of a vibrant pre-game dressing room.

The 26-year-old Nigerian-born, English-raised attacking talent has been in the thoughts of those in the women’s game since her terrific form as a teenager that saw her make her international debut for Hope Powell’s England at just 17. Eni’s career has so far yielded five international tournaments, a three-team stay in Women’s Professional Soccer in the US, and time with Charlton Athletic, Birmingham City and Chelsea on the domestic front. This weekend saw her grab the winner as Chelsea rose to the top of the FA Women’s Super League with a 2-1 victory over Liverpool and she is certainly expected to appear on the big stage once again when Euro 2013 begins this July in Sweden.

Away from football, the 2009 WPS semi-finalist with Saint Louis Athletica has chosen a path that has also required immense commitment and aptitude. Eni graduated from Brunel University in 2008 with a first-class honours degree in Law and she has been working as a trainee solicitor with Lee & Thompson, a media and entertainment law firm who have represented individuals ranging from Stephen Fry to David Beckham. As a child, she was a big fan of the lawyer Atticus Finch, a character she watched in the film adaptation of the novel ‘To Kill A Mockingbird’, and she talks about how music is highly significant in each of her careers.

“Music is huge for me. Before a game I like a bit of a dance to relax and loosen up or maybe some gospel music to get me in that state of mind.
“I think life without music would be incredibly dull. I’m actually working in the music department of the law firm I’m with, learning all about the royalties, disputes and technicalities of the industry.’’ 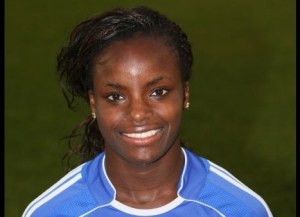 After returning from her spell in America, Eni linked up with former team Birmingham and was a 2012 FA WSL runner-up and an FA Women’s Cup winner last May. The team on the other side of that cup success at Ashton Gate were Chelsea, who Eni would sign for ahead of the 2013 season. It is her second stay with the club and there have been some highly significant changes that have taken place in her time away. Chelsea have one-time Chicago Red Stars coach Emma Hayes at the helm and Brazilian international midfielder Ester and Sweden forward Sofia Jakobsson amongst their playing personnel.

The 23-year-old former Umeå IK star Jakobsson has quickly taken to life at Chelsea with her teammates on and off the pitch. In Sunday’s 2-1 home win over in-form Liverpool at Wheatsheaf Park she scored her fifth goal for the team in her first season at the club. Eni was on the scoresheet alongside her, finishing beyond former Blues keeper Sarah Quantrill in a result for Chelsea against their old boss Matt Beard that took them to the top of the WSL. Eni shares her opinion on how the Chelsea set-up has changed since she was pulling on the shirt in her previous stint and she compares the FA WSL with the current National Women’s Soccer League and previous professional leagues, the WUSA and WPS, in the US.

“It’s almost a completely different Chelsea team to when I left five years ago. The professionalism has increased, there’s a very positive environment, you feel like a professional in the way the staff get the best out of you, and there’s great team spirit.
“I certainly think we’re catching up (to the US), in the NWSL and WSL I like the fact that teams have to prove each year they’ve got the infrastructure because in the past in the US some owners didn’t make sure of that. I feel with the league here we’re moving forward and there’s a lot more parity now with the gap from the rest of the teams to Arsenal closing.’’

The recipient of an Outstanding Achievement Award in Sport back in 2006, presented by Her Majesty The Queen no less, Eni is a regular blogging contributor for the music, fashion and arts outlet Yin & Yang. Music is an area that has undoubted significance for her and in amongst her list of top artists is a former Destiny’s Child lead singer who is popular with her fellow Chelsea teammates.

“I don’t really focus on one genre, I just like good music, but Beyonce is an all-round favourite. She’s the ultimate artist and a big inspiration.
“My favourite male artist would probably be Frank Ocean, as well as Usher and Justin Timberlake.’’

In our interview, Eni let slip a detail about her brother Sone, a Nigerian international who this season won promotion to the Premier League with Hull City. This revelation came up when looking back at the music they listened to growing up and the former Rangers man has already been made aware of it via Twitter, expressing his surprise that his sister would reveal it but admirably deciding to stick by his 90s pop choice! Eni lets us in on the secret.

“We had similar tastes, some TLC, some soul music. He’ll kill me for saying it but I think he was a Backstreet Boys fan, in fact I know he was into them!

“Destiny’s Child were a big one for me and our parents were into artists like Marvin Gaye when we were growing up. I think the first record I had was Michael Jackson ‘Bad’ and my memory was of just cherishing it, this big vinyl record.’’

An integral part of the England squad since her debut as a 17-year-old against the Netherlands in September 2004, Eni was the FA Young Player of the Year in 2003 and participated in Euro 2005 while still studying for her A-levels. She scored the winning goal for Charlton Athletic in the 2005 FA Women’s Cup final against Everton at Upton Park at 18 years old and hit a double the following year as the Addicks defeated Arsenal 2-1 in the FA Women’s Premier League Cup final. A teenage Eni came up against the likes of England captain Faye White as she took the limelight that day and defender Alex Scott was another international teammate in the Gunners line-up. Former Boston Breaker Scott is generally the England team’s designated pre-match mixmaster and Eni believes the tracks on the playlist are pivotal in shaping the mood of a team as they prepare for a game.

“Alex is usually in charge, she’s a very good DJ and she’s got that role of bringing in the speakers and choosing the songs and she’s done very well. Some people might think it’s trivial but music is a huge part of a changing room.
“You can lose a lot of energy and the atmosphere at times without it.’’

Eni’s contributions on the field of play have been impressive enough to win her 68 England caps (with 13 goals) thus far, as well as all five on offer for Team GB last summer before and during the London Olympics. Living in the US, which included studying for and subsequently taking a bar examination for her law career, helped to further shape her character and this may have been useful when she took on the singing challenge as a new player back in England last year. Given the trio whose song Eni chose it is safe to assume that she stuck to Lauryn Hill’s parts rather than having a go at Wyclef Jean and Pras Michel’s male verses!

“When I was with Birmingham I had to do the initiation and sing on the coach. I sang The Fugees ‘Ready or Not’. 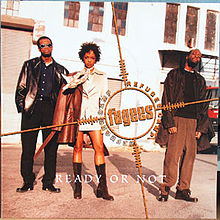 “It’s not happened at Chelsea yet but everyone did really well and just rolled with it at Birmingham.’’

With two World Cups, two European Championships and an Olympic tournament already under her belt at a relatively young age, the ex-Atlanta Beat player can draw on reams of top-level experience if she is selected in Hope Powell’s England squad for Euro 2013, as anticipated. During the 2009 tournament, Eni scored three goals as the team went all the way to the final before being beaten by Germany 6-2 in a battle that was arguably less one-sided for the most part than the scoreline in the history books suggests. She struck twice in the quarter-final as the Lionesses knocked out hosts Finland in a 3-2 win and was also on target in the crucial 3-2 group victory over Russia.

England prepare for Euro 2013 with a friendly against 2011 World Cup winners Japan at Burton Albion’s Pirelli Stadium on Wednesday 26th June and their tournament gets underway against Spain on Friday 12th July. The team are based in the south east of Sweden and will play all their group games at Linköping Arena, also facing Russia (Monday 15th) and France (Thursday 18th).

England were unbeaten in qualification for the Euros and have not tasted defeat in the last ten games. The Lionesses won the Cyprus Cup in March after Rachel Yankey’s excellent strike was the difference in a 1-0 win over Canada and Eni featured throughout the tournament, scoring in Larnaca in the 3-1 group game success against New Zealand. The improved fluidity of the team’s play and the wealth of attacking options have impressed her and she hopes they can emulate the mindset that has seen the USA win two World Cups and four Olympic tournaments.

“I think the difference for us this time is the mentality to win. English teams in tournaments, and this is not just the women, take each game at a time, but in my experience a lot of the American girls aren’t embarrassed to say they want to win.
“That’s the difference – that belief that it’s going to be a six-game tournament instead of three or four games. I’m still young but this is my third Euros, which always makes me proud.
“I’m only 26 but I scored quite a lot last time and this time I want to come home with a medal.’’

An eloquent conversationalist and storming on-pitch performer at her best, Eni had a turning point as a player and a person when she took her career to the US. Brazil’s coach at the 2012 Olympics Jorge Barcellos was in charge at Saint Louis Athletica and gave Eni the belief and the freedom to play that she credits as being so vital to her progression. With surely many years in the game still to come she is able to cast her mind back over some very distinguished names she has worked with so far. When taking on the site’s regular final question of who would go in her 5-a-side team of her best career teammates (including herself) she was modest about her own chances of getting a game!

“Hope Solo – obviously the US goalkeeper, I used to do shooting practice with her and I think she’s the best in the world. My defender would probably be Tina Ellertson…I’m choosing all the American ones!
“Midfield – from England, Jill Scott: a great engine, work ethic, and technique. Up front Alex Morgan – one of, if not the best in the world.
“That’s my team, and I’d probably be on the bench!’’