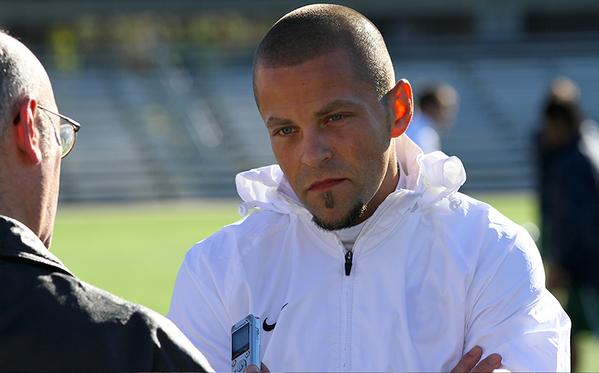 Last month, the world-famous New York Cosmos returned to action after almost three decades away and the once much-hyped US international midfielder Danny Szetela is on board and out to trade in his own setbacks for a comeback.

Promise is often jumped upon so rapidly in sport and prodigious talents can see their stock rise before their career achievements can even begin to do justice. Though it may seem like the future is all mapped out with success the only destination, unwanted circumstances can step in to throw everything off course.

At 16-years-old, New Jersey-born midfielder Danny Szetela became a professional player in Major League Soccer with Columbus Crew and his part in the 2003 Under-17 World Cup had many excited at the heights he could go on to scale. Struggles including multiple knee operations have eaten into the 26-year-old’s career however and he has missed out on the last three years as a result

In July though, Danny indicated his ambition by joining the New York Cosmos, who would in August play their first league game since September 15th 1984. The Cosmos became widely renowned as they brought footballing icons such as Pele, Franz Beckenbauer, Johan Neeskens, Carlos Alberto and Giorgio Chinaglia to the North American Soccer League in the 70s and 80s. The team disbanded in 1985 but returned in 2010, finally stepping back out onto the field of competitive play for the NASL Fall Season on August 3rd with a home win over Fort Lauderdale Strikers in front of a sell-out crowd. Clifton native Danny has outlined his delight at joining the Cosmos and he has not been disappointed so far.

“(It’s) living up to the name, every day is a new challenge for us. Being a new organisation, but one coming back after 30 years away, we have to try and live up to that tremendous reputation.”

Music has what seems like an infinite number of links to the game and the Cosmos provide some examples of their own. Club legend and all-time Brazilian great Pele sang and played guitar and the Carly Simon song ‘Nobody Does It Better’ rang out on the speakers after the opening day victory over Fort Lauderdale this season. Any true hip-hop fans should also be familiar with the ‘don’t call it a comeback’ tag that the club has attached to this new Cosmos chapter. 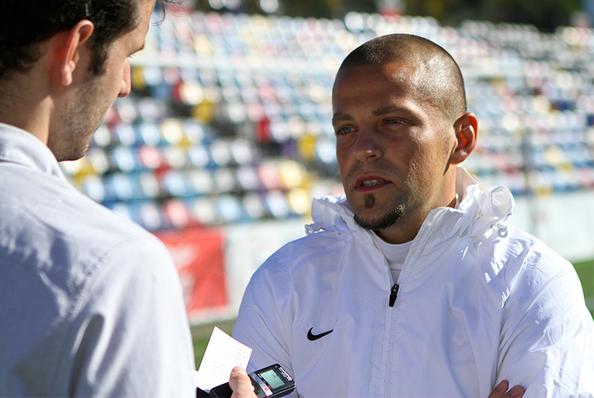 In the fourth game of the season, on August 24th, Venezuelan midfielder Diomar Diaz was on the scoresheet for the Cosmos in the home game with San Antonio Scorpions but they had to wait until the 92nd minute to claim the three points. Euro 2008-winning Spain midfielder Marcos Senna crossed for Guatemalan international striker Henry Lopez to head home and bring some joyous celebration to Cosmos Country. Danny played the full game at Hofstra University’s Shuart Stadium and while 21-year-old frontman Lopez won everyone’s approval with that contribution it is not quite the same with his playlist! Danny describes this as well as the sounds he has sampled as part of teams in Italy, Spain, at international level, and domestically.

“All the teams I’ve been on, players from all around the world, with different tastes. Some of that real heavy metal rock I can’t really listen to because I don’t understand what they’re saying.
“Henry Lopez and some of the Spanish music he listens to – they have crazy beats that makes them sound like a couple of songs mixed into one. We switch it all the time, every day someone different puts something else on and if we don’t like it, we turn it off.
“And we just don’t let Henry play anything!”

It is a case of ‘twice in a lifetime’ for the Cosmos and just as they are coming back so too is Danny. His 34 appearances for Columbus Crew preceded a switch to Spain with La Liga side Racing de Santander in 2007. A loan with Brescia of Serie B in Italy was extended to last a year and a half and he made 26 appearances for the Lombardy club, scoring against Triestina. He left Santander permanently in 2009 after only featuring in the Copa del Rey and he returned to MLS with D.C. United.

The first of three knee surgeries took place a few weeks before he departed the club in March 2010 and he had two more operations, the latter of which was a meniscus transplant. After keeping in shape and studying the game in his time away he started playing again with amateur team Icon FC in Montville, New Jersey. It has been a long and arduous road back but he is grateful for this chance with the Cosmos and his desire is reflected in the key lesson he has taken from his journey.

“To always be positive, no matter if you have injuries, aren’t playing, or are playing. Opportunities will always present themselves and you have to take advantage of that moment.”

Danny played three times for the US Men’s National Team and in the 2007 Under-20 World Cup he scored three goals en route to the last eight of the tournament. The one-time Bradenton Academy member featured in the 2008 Olympic Games in a squad that included the likes of Michael Bradley, Stuart Holden, Jozy Altidore and Brian McBride. He has needed a great deal of persistence to make it back to this point and as music is vital to so many athletes in a range of ways how much has it meant to Danny through it all?

“A lot. I think it’s a motivational thing, (it) just gets you mentally prepared and gets you hyped-up.
“I feel like it gives you that extra energy. I listen to all music, but if I had one that I prefer a little more, it would probably be dance music, techno.
“I really like DJ Tiesto.”

Assistant coach Alecko Eskandarian is someone he has known since he was eight or nine years old and he has spoken of the belief he has in Danny. Growing up, Danny may not have had a Cosmos team to follow but he used to watch current head coach and ex-Venezuela striker Giovanni Savarese when he turned out for New York/New Jersey MetroStars. In these younger days he also had a different way of listening to music, as he brought up when asked about the first tape or CD he ever bought.

“I think it was actually Napster that I had back then, not even CDs. The first band I really remember listening to was Green Day, because my brother was into them.”

There is a range of nationalities on the Cosmos’ roster, including of course the former Villarreal and Spain midfielder Marcos Senna who rescued a point with a free-kick in the 1-1 draw at FC Edmonton. Experience can be found dotted around the squad and Danny is one who can help the younger players in their development. New recruits often get forced to perform a song for their teammates, so has Danny ever done this?

“I sing in my head. That’s where it sounds the best!”

The multi-national Cosmos feature individuals from as far and wide as Cameroon, Uruguay, Colombia and Bulgaria, and a young Japanese striker on loan from Shimzu S-Pulse announced his arrival memorably, as Danny recalls.

“Satoru Kashiwase – he did a great opera version of his Japanese national anthem this year in pre-season.”

It was May 5th 1971 when the Cosmos took to the field for their first home game, hosting Washington Darts at Yankee Stadium as a crowd of 3,746 gathered. Attendances shot up after moving into the Giants Stadium and the average figure for the 1978 season was 47,856. The club is proud of its heritage but the onus is now on the current personnel to make their own legacy without the burden of the past. From the opening five fixtures they have picked up eight points, beating Fort Lauderdale Strikers to set it off with Alessandro Noselli’s late, late winner. A goalless draw with the Tampa Bay Rowdies and a 3-0 loss at Carolina RailHawks came before the aforementioned win over San Antonio Scorpions and the draw against FC Edmonton.

Atlanta Silverbacks are in town tonight (September 7th) and Minnesota United follow on Saturday 14th in a home double-header for Cosmos supporters to take in. Danny is set on keeping his place in the team and helping his teammates to add those sought-after points to the board. The title is the aim for all concerned but in his time away from the action Danny has a few interests to keep him busy or allow him to unwind.

“Playing PS3 – FIFA, NHL & Madden. I love sports video games.
“All different things, depending how the body feels – going to the gym, going to the pool.”

The intrigue is there from many observers to see how the modern-day Cosmos can grasp the challenge that lies ahead. For all those who followed the progress of Danny as he came to the attention as a teenager it may well be heartening to see him back in the midfield once again. At 26, he is still far from a veteran and he will be aiming to make up for lost time. For now, he has a look at those he has worked alongside in his years in the game. Here is the 5-a-side team Danny would choose, with himself included as a prerequisite of the question, if he was selecting a line-up of his best career teammates.

“All these guys are difference-makers in their own way. They’re leaders, they can make a difference on their teams.
“Timmy Howard in goal. Defender is tough to choose, probably Frankie Hejduk.
“Marcos Senna with me in the midfield. And Giuseppe Rossi at striker.”